The 22-year-old Belgian talked about the highs and lows of 2017 and the goals he has for the third season in the Quick-Step Floors jersey.

Hope you enjoyed the holidays and are all pumped up for the new season! I know I am. Currently I'm attending the team's second training camp in Calpe, so I thought about putting you up to date with what I've been doing in these past months and my goals for 2018.

It's already my third year in the pro ranks and I can feel how much I've improved since joining Quick-Step Floors. If in 2016 it was only about learning the trade, in 2017 I made some significant steps forward and became stronger, physically but also mentally. You could see that on the road, where I twice came close to taking my maiden victory.

First time it happened in the Tour of Oman, where I got caught with only 100 meters to go, after attacking on the last climb. I was sad at the finish, but also happy in a way, because that result was a confirmation of the good preparation I had in the winter. Then, a few months later, I had one of my best days on the bike at the Ster ZLM Toer, attacking 80 kilometers out on La Redoute – one of my favourite climbs in the Ardennes – and giving it my all, as I felt I had nothing to lose. 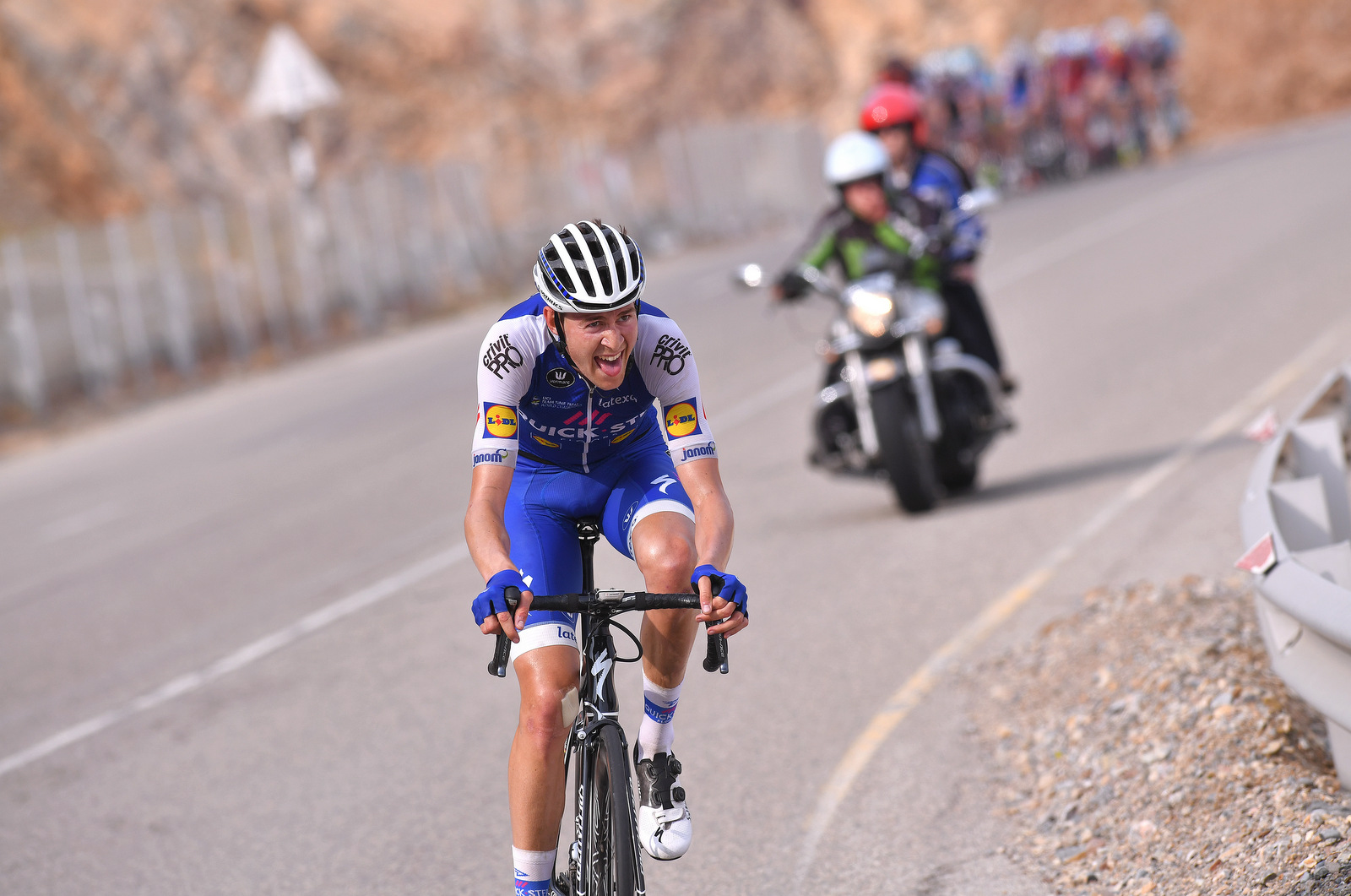 Unfortunately, I raced more with my heart and less with my head, and this cost me at the end. I arrived there tired, with nothing left in the tank, and finished second, which was disappointing. It was a bitter day, but one from which I learned a lot. On the plus side, I was surprised to see the good condition I had after coming out of a demanding three-week race.

Speaking of this, the Giro d'Italia was such a fantastic experience. It was my first Grand Tour, and I can tell you I was both excited and nervous prior to the start in Sardinia. I had no idea what to expect there, but as the race progressed, I found my place. I helped the team as much as I could and went into breakaways several times, one time even finishing in the top 10.

At the end of the first week, I encountered a difficult moment, on the day of the Blockhaus. It was, by far, the hardest climb I've ever done and it really took its toll on me, especially as I had just punctured before arriving at the base of the ascent. But once this was left behind, I started feeling good again, regained my rhythm and enjoyed what turned out to be an incredible Giro for Quick-Step Floors. To be part of a team that won five stages and two distinctive jerseys at your Grand Tour debut was just crazy. 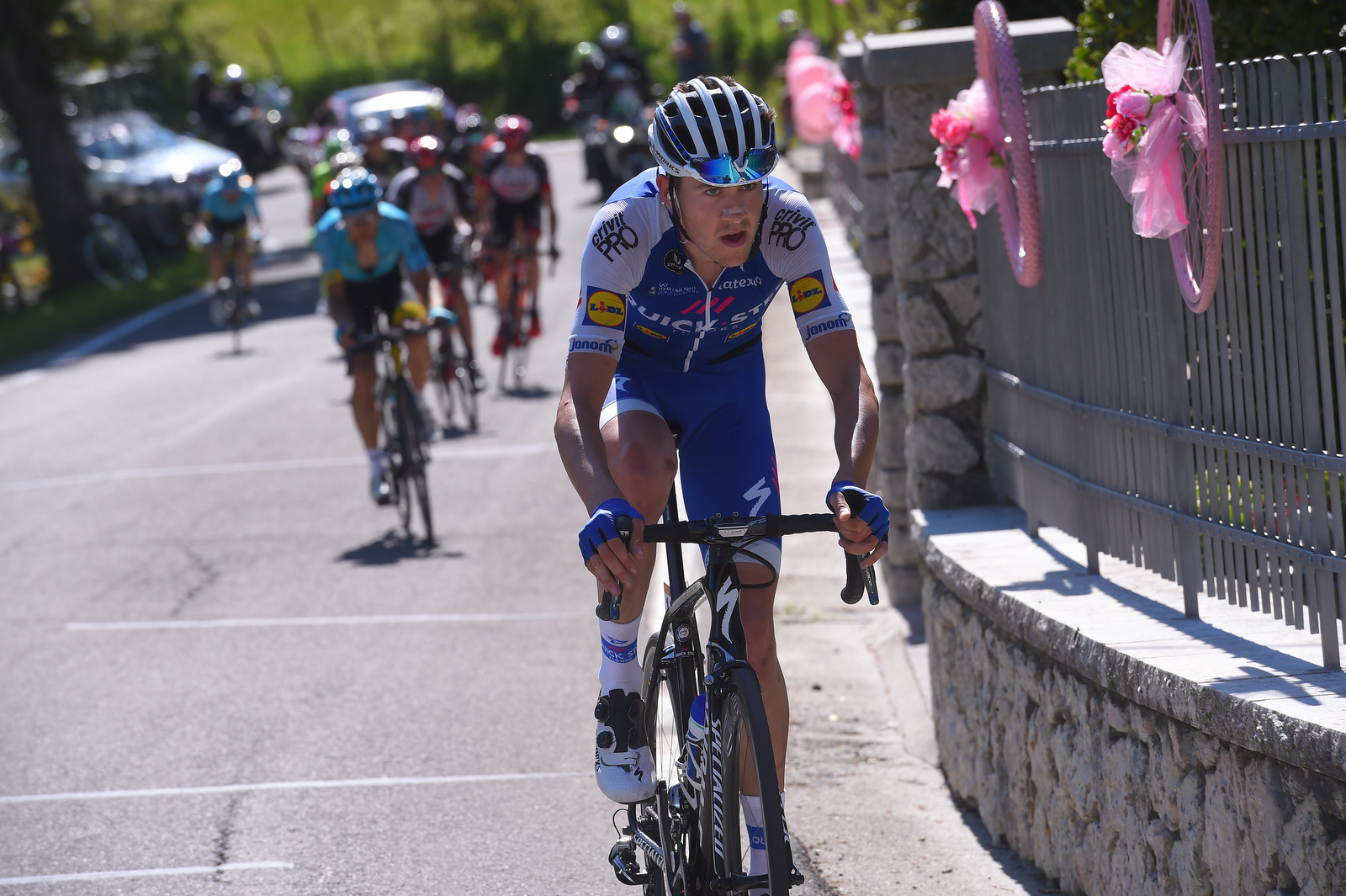 The low point of the season was obviously my crash in Il Lombardia. That race was one of my goals and I approached it with good legs, after having made a recon one week earlier. The plan was to attack on Madonna del Ghisallo, but after I went really deep in the final and perhaps I underestimated a very tricky corner on the downhill from Sormano, going over the guardrails like few other unlucky guys. Crashing in my last race of the season and picking up that knee injury was really tough, but fortunately my recovery went well, the team doctors helped me a lot and I really felt the support of the team.

While being sidelined, I rewatched the entire "Game of Thrones" series. I had to stay in bed for weeks and this was the best way to burn time. I ended up watching eight episodes a day and I can say it helped me during that tough time. When you watch the series for a second time, you see more things, everything reveals to you in a different way. Too bad that now I have to wait more than a year before the final season will be out.

Now I feel good and returning to my best is one of the goals I have for 2018. I also want to continue to improve endurance-wise and to do the Giro d'Italia again. I had a look over the course and I like it, it's balanced and presents many nice opportunities.

Last but not least, I want to take my first pro victory. It's difficult, because many riders are searching for their maiden win and crossing the line first it's not easy, but I hope the sun will shine soon on my street. 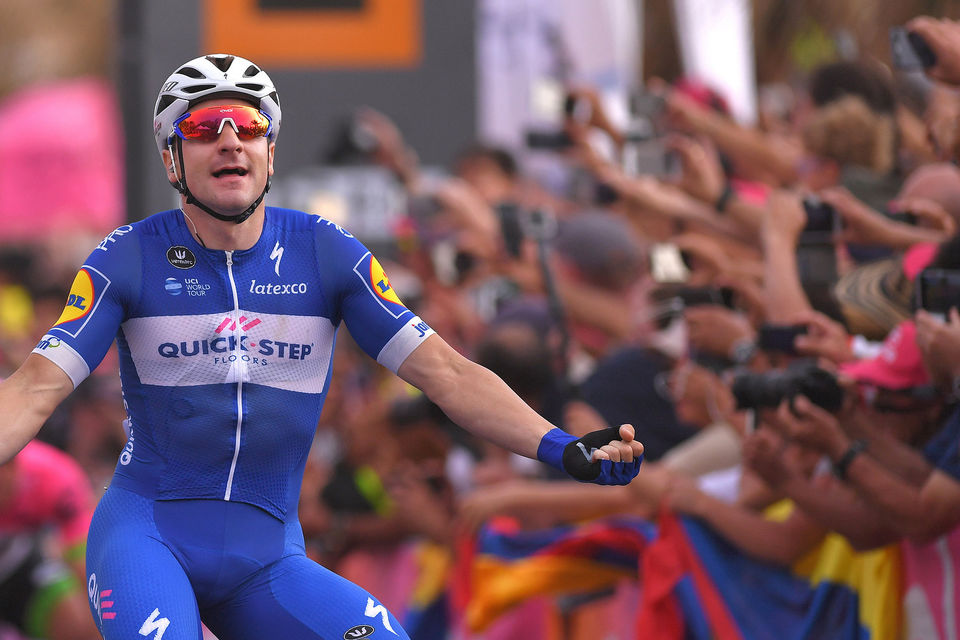 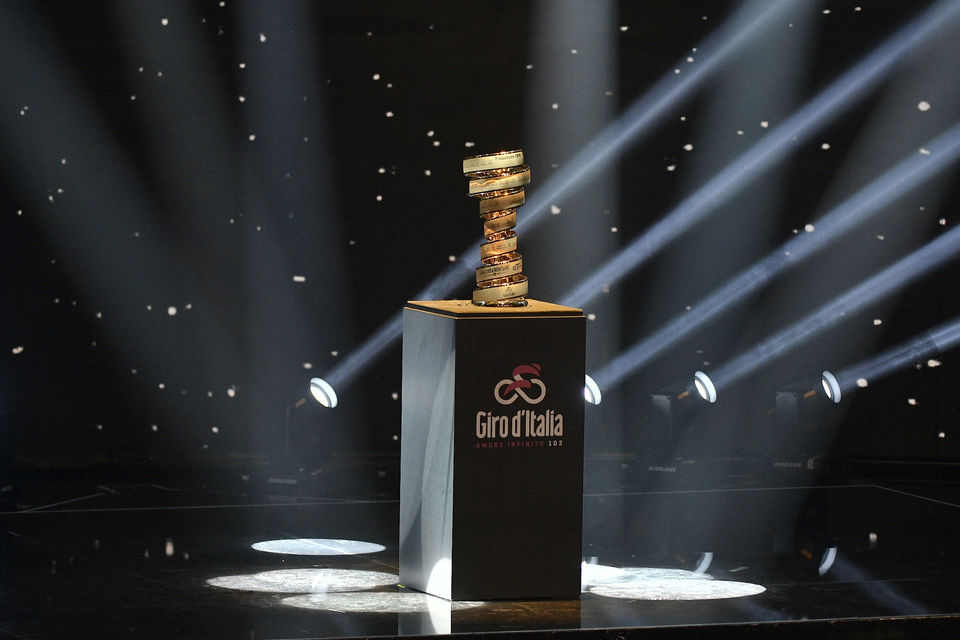 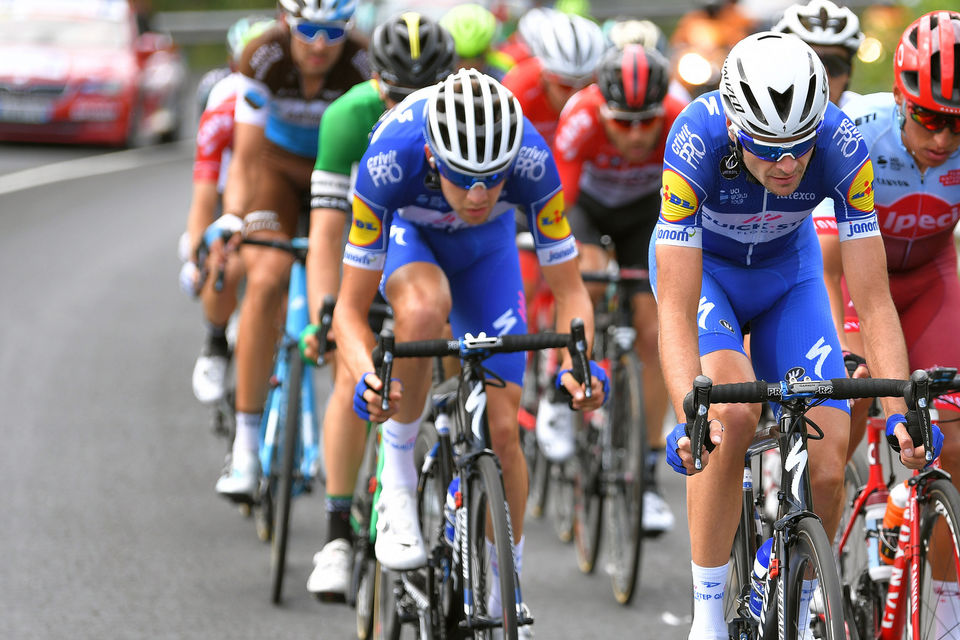 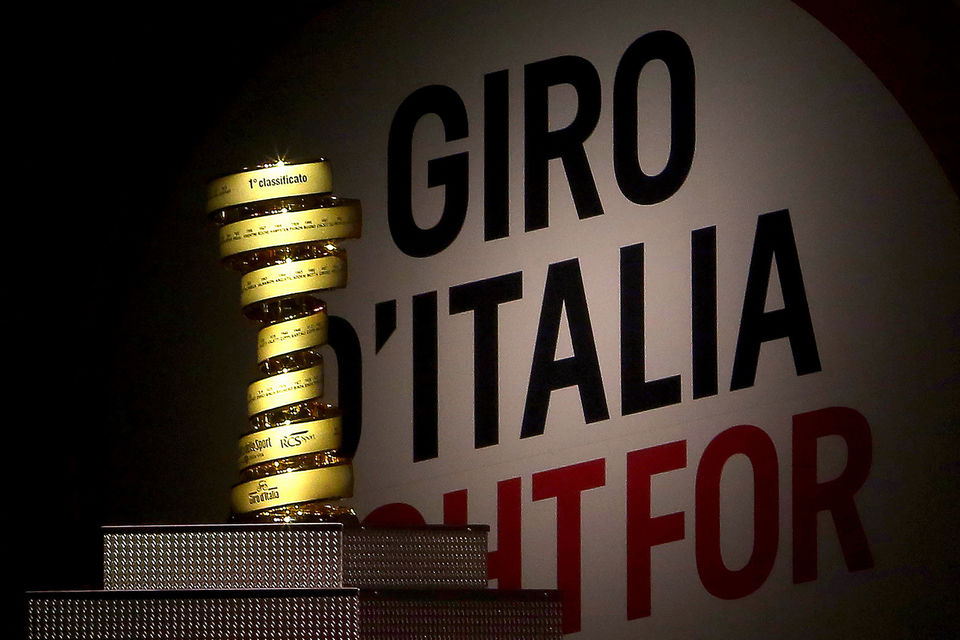 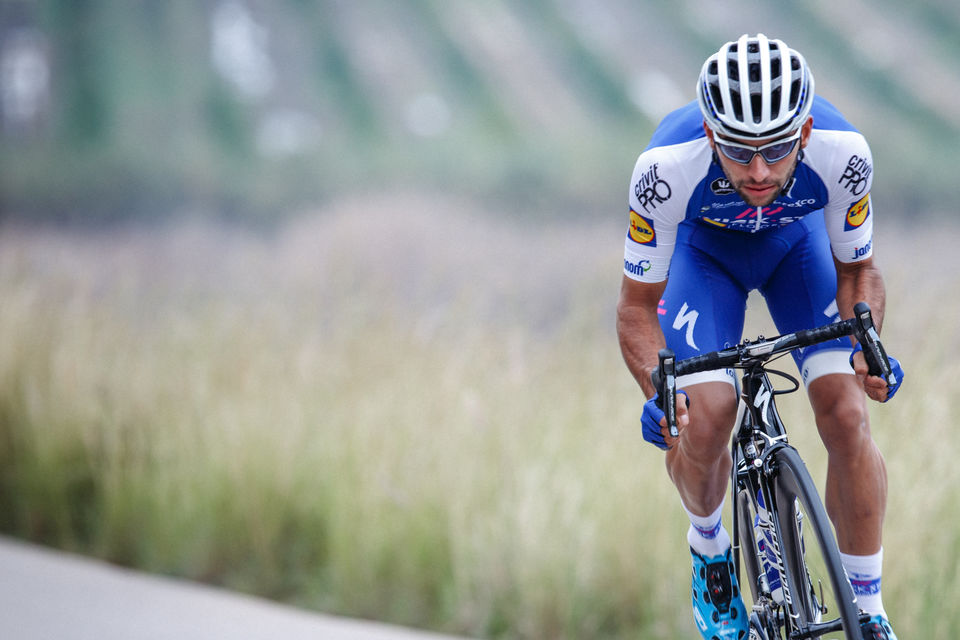