We took advantage of the rest day and did a Q&A session with the 22-year-old Grand Tour debutant about his experience racing the Giro d'Italia, his past months which included a maiden pro victory and a very peculiar nickname.

Rémi, you are racing your first Grand Tour, the 101st Giro d'Italia. How has that been so far?

It's been an amazing experience up until this point, my first Grand Tour, all the organization that goes into it, it is difficult to comprehend before you have been there. This year has been exceptional as we started outside mainland Europe in Israel. The staff did and is doing a huge job, working hard every day to make things run smooth. The same goes for us riders, of course, and it has been quite the race with three wins, a few days with the white jersey and the cyclamen jersey for more than two weeks now. My legs are a little bit painful but I am quite ok actually, I still feel young and fresh, perhaps helped along by the success we have enjoyed during the first two weeks.

The Giro is beautiful but when you are pushing hard every day you don't see as much as you want too. The crowds are amazing, though, their smiling faces and chanting at the start villages and finish areas or along the roads, decorated in pink colors and balloons, give you the goose bumps. The most beautiful place so far was Sicily, where I would love to come back to in the future for a vacation.

The whole team behind the team makes the difference. The bikes, they are always perfect, there's never a finger to put on it. We have special mattresses to sleep better. We have our own chefs, cooking us the best food for recovery and strength. We have some of the most passionate and experienced sports directors, masseurs and so on, I mean, all that we have to do is to pedal. Easy, right?

What have you learned in the past two weeks?

I have learned that the gruppetto can be a nice place to "hang out". There you have a bit more time to enjoy the surroundings and atmosphere, chatting with riders of different teams, if you are not fighting to make it within the time cut, that is.

Then I have learned that recovery is key when you race for three weeks, which is why I try to relax as much as possible before and after the stages watching Netflix series, for instance. I just finished "Casa del Papel", in one week or so, and I'm now watching "Prison Break".

During the race, it is also about minimizing your effort when your job is done in order to save energy. You need to stay focused and do your job but when it is done it is better to drop from the main group, although you might have the strength to make a top 20-25 finish. I did that a few times, saying to myself "better to save the energy for tomorrow's stage where you need to pull again". 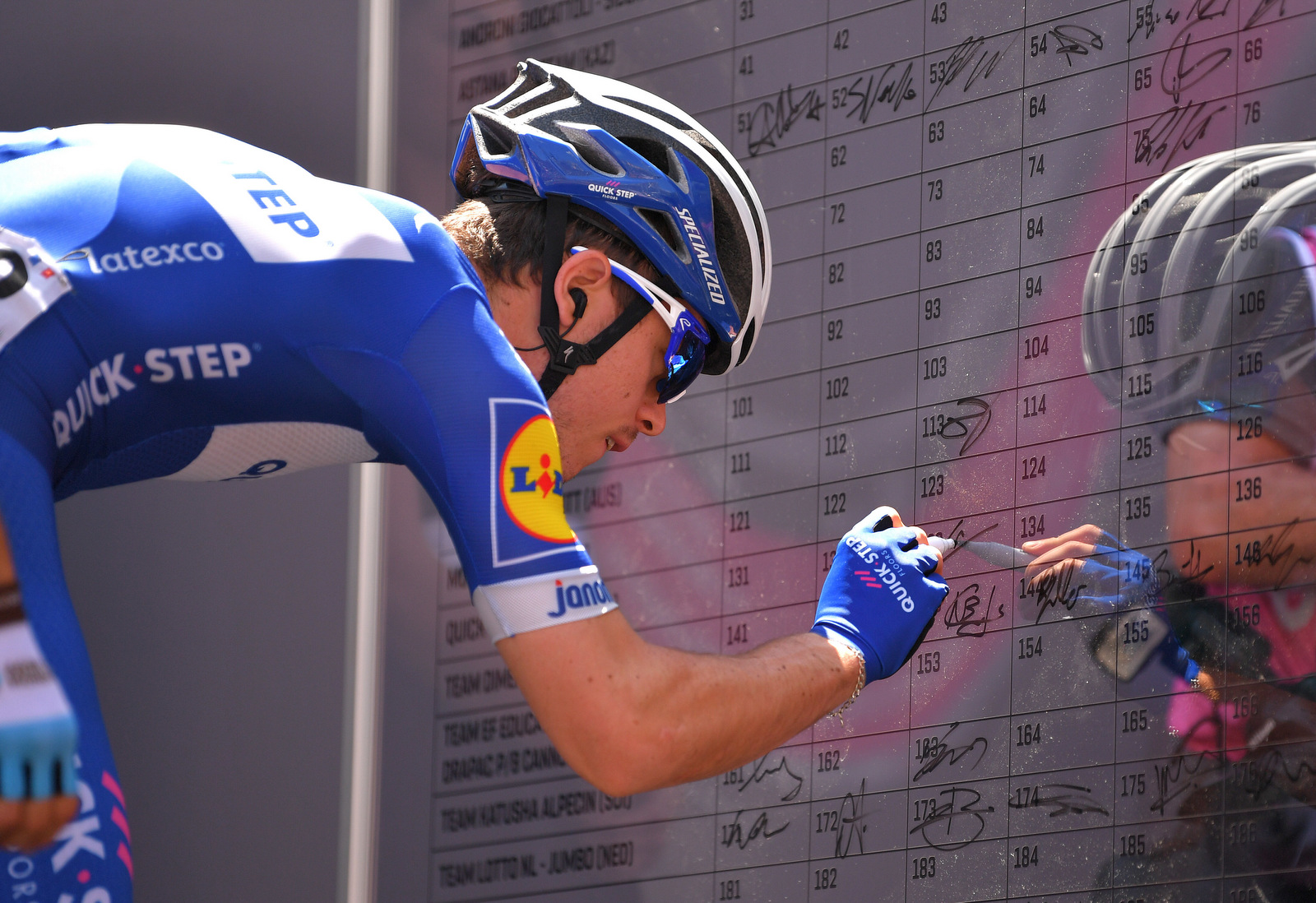 How are you looking forward to the last week of the Giro?

I take it day by day but I have a good feeling. It is often like that, the longer we get into a race, the better I feel. I progress well over a long race. Of course, I never did a Grand Tour before and it can quickly change, as we have seen with a few riders of the bunch already, but I feel super for the moment.

We often see you controlling the breakaway attempts, but you are a guy who likes to go in one time and again.

Yes, I like to try my chances going in a breakaway, but here at the Giro it is a bonus if I can do it. I have a clear role, a job to do, which is to work for Elia and the team, especially on the flat stages. I have to keep the breakaway on a leash and eventually close the gap when the time is right.

We won already three times during this Giro and hopefully we won't stop here as there could be a few other interesting stages coming up, which we are very motivated to go for.

What kind of rider do you see yourself as or have you looked up to?

I like the type of riders who can do a big solo effort, a time trial type who can go from afar or cheat the sprinters by powering away to hold them of in the final kilometers. Naturally, it is in this discipline where I excel the most. Before I became professional I won two time trials and five races where I attacked alone with 5, 10, 15 kilometers to and managed to hold off the peloton with about the same number of seconds. To be able to do this in the pro ranks it takes something else, you need to be strong but also smart and sometimes lucky. In the Tour of Oman, I tried it and was very close, the same goes for Tour de Pologne last year, where I was caught in the final three kilometers.

You have earned a nickname as the TGV from Clermont-Ferrand. Why is that?

It is quite a nice and funny nickname at the same time. TGV is the name of the French rail service and an abbreviation of train à grande vitesse, which means high-speed train, and Clermont-Ferrand, well that is where I live and come from. In the team, we also have Tim "El Tractor" Declercq and Yves Lampaert "John Deere" – like the tractor brand – so there are quite a few machines among us. 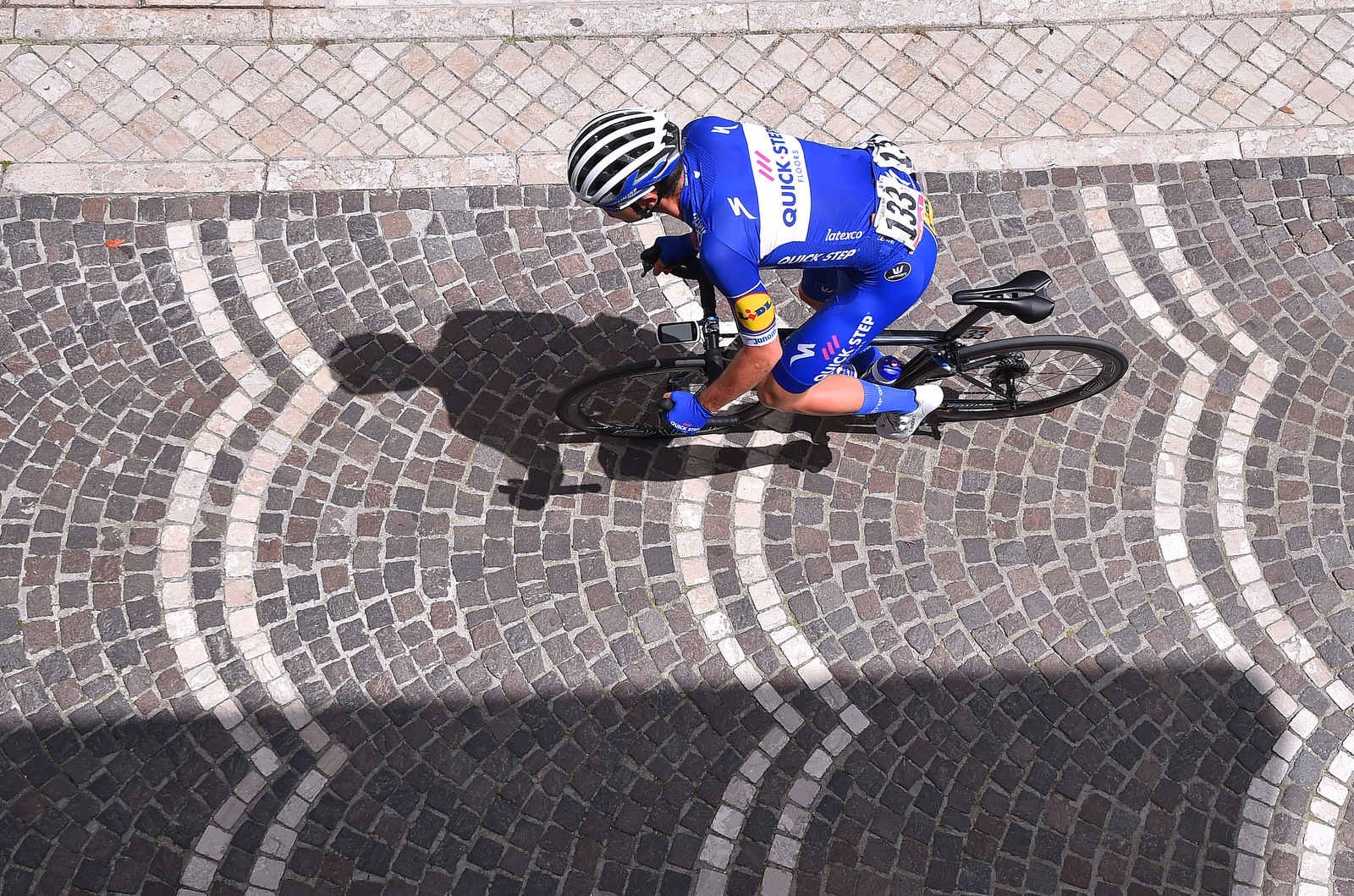 Are you the type of rider who trains with or after watt numbers or by heart/feeling?

I use my power meter especially during training rides where it can be a very good instrument for specific interval training. During the race, it can be important to make sure you don't go over your limit. When you go full gas in the end of the race you can't look at your power meter but if you have a long breakaway or a time trial you can use it to see if you are in your zone. You can't focus only on your watts, you need to feel it also.

You did a race on March 4 where you did quite well. Do you remember it?

Oui, oui! March 4, that is a day I will never forget. I was racing Dwars door West-Vlaanderen with the team on a cold, rainy day with a lot of wind too – perfect conditions for a proper Flemish spring race, in other words. It was full gas from the gun on the small roads that featured several cobbled sections.

I was really flying that day and tried several times to take advantage of it by bridging away. Finally we got a gap which in the end came down to three riders; me, my teammate and roommate during the Giro, Florian Sénéchal, and Frederik Frison from Lotto-Soudal. When it was clear that we could go all the way, we had to play it right to win because Frison was very strong. On the last lap, when I sat in second position, in the wheel of Florian, I opened a gap of a few metres on purpose but Frison reacted quickly and closed the gap, leaving me trailing the two on the cobbles. I was basically dropped by myself.

But I knew I had the legs so I didn't panic. Instead, I found the speed again and came fast from behind passing the duo and from there it was all-out to the line. I put everything in on that final attempt, knowing if Frison would close it, Florian could counter-attack it. Indeed, a perfect situation. In the end, I won!

How did it feel to win such a race? Did it change anything for you?

I needed a victory, I needed that victory. It did me good, it was a reassurance that I have what it takes and really boosted my confidence in the weeks after. However, cycling moves fast and you soon find yourself craving after that sweet winning taste again.

That is especially true when you see your friends win, like I saw with Enric or Maximilian, riders I have known and ridden with for years, since we were part of Quick-Step Floors' development team. When you see they can do it, you want to do it as well. It gives a lot of motivation. It is like this, it is how the team is working. One guy wins, then another and another again. I think 12 different riders have won this year, which is one of the unique traits of the team: everybody gets a chance and knowing this will make you work harder for your teammates, as it will come back ten times one day or another. 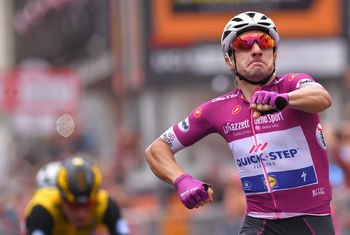 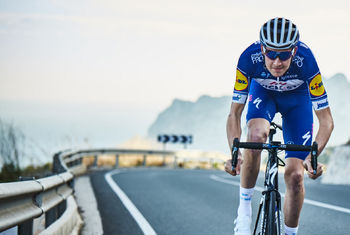