Before going on a well-deserved vacation following a memorable season, the Italian Champion talked about his victories in the Quick-Step Floors jersey and goals for next year.

With a superb sprint victory on the final stage of the Vuelta a España in Madrid, you wrapped up what has been your most successful season as a road race rider. 18 victories, nine additional podiums and a total of 35 top-10 positions. Elia, can you describe how this season has been for you?

Closing the season with 18 victories to my name is fantastic. Last year, the best sprinter – and most successful rider – finished with 14 victories. In other words, we are – me and my teammates, who helped throughout the season – four victories better than last year but I think the most important thing is the quality of the wins. It has been a high-level year where we have been competitive throughout the season, starting in January on World Tour level at Tour Down Under and Cadel Evans Race, continuing the same form in the Middle East at Dubai and Abu Dhabi.

Fast-forward to the Giro, the stage wins and the cyclamen jersey, and now three beautiful victories at La Vuelta. In between there have been some fantastic moments too, like your victory in Hamburg.

When I started the season, one of the most important things for me personally was to get off well and quickly built up a good feeling with my teammates. Fortunately, we found each other fast. When you have a season like we have enjoyed this year, you need to have also some luck on your side, no doubts, but we worked hard for it and our program was planned and timed perfectly, giving us plenty of chances. 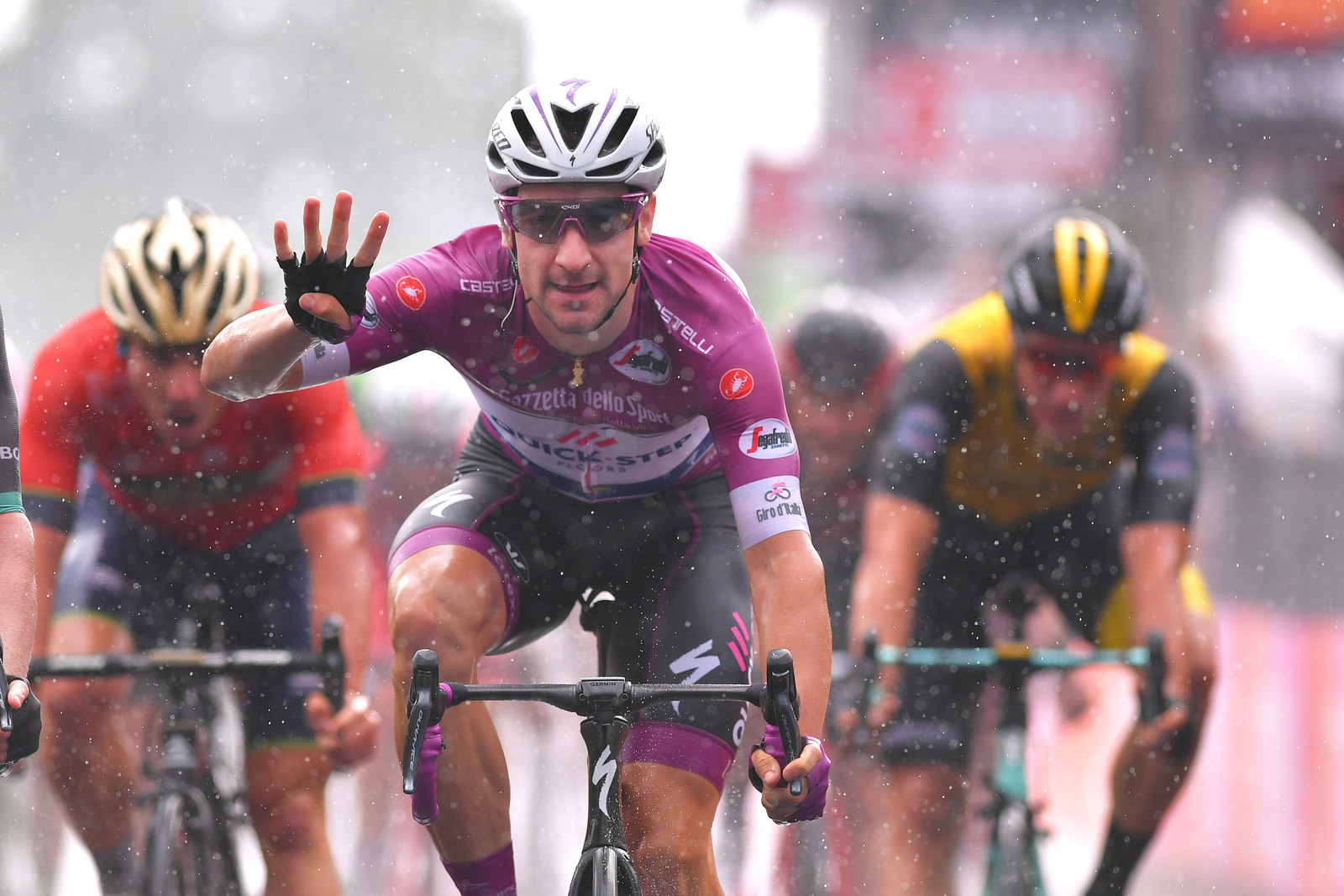 Also the podium results are illustrating a strong teamwork. I arrived in the team as a good sprinter, now I am one of the top sprinters, and in this season, maybe the most successful one. That is the consequence of the environment my teammates create for me.

What do you think has been the biggest difference from last year?

I think the confidence has been the key. The confidence I had in my mind that I arrived here to become a proper leader. In other teams, I have been the sprinter but I haven't been the leader. For me, the definition of a leader is when the team asks for your preferred program and which riders you would like to have around, in order to achieve the most. When I joined Quick-Step Floors as the first meeting in October last year we laid the first bricks of this season by carefully building a team around me and planning a program.

My physical level is the same as last year so the single biggest difference has been the team I have around me and the chances I have been offered. This gave me the confidence and mentality to become a top sprinter for the most successful team in the world

Which victory has been the most important for you this season?

I think the most emotional victory was the National Championships. I came out of the Giro d'Italia with a super good condition but was looking at a race profile that didn't really suit me well. I was so focused on that goal, however, and I knew that if I could just keep up my form and concentration, I had a chance to do well. It was far from my usual type of wins, which made it a really special and emotional one.

It was an amazing ride at the Giro as well, winning four stages and the cyclamen jersey. That was my dream when I started the season, to come back to the Giro to win a stage again like I did in 2015, while also trying to go for the sprinters' jersey. 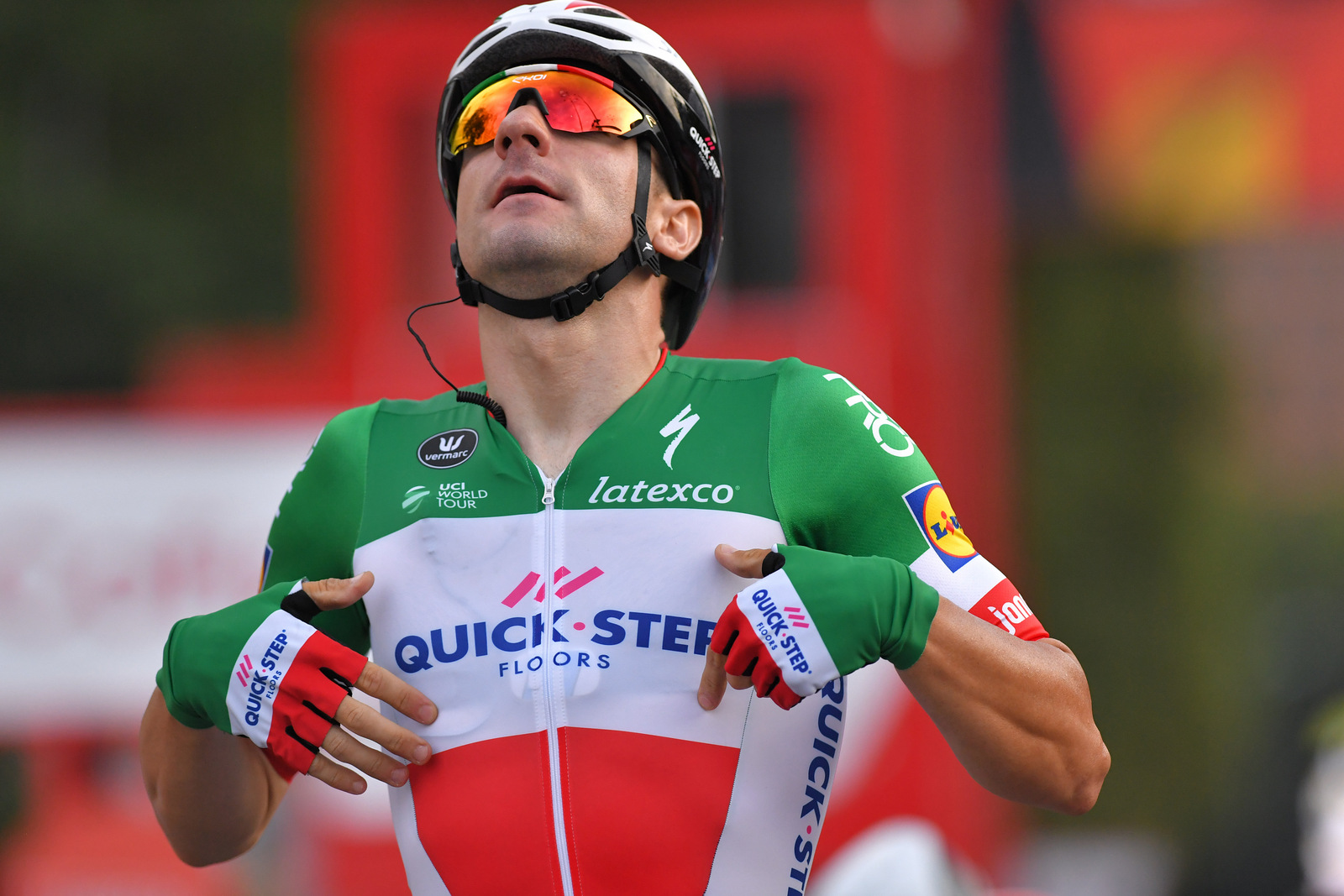 For sure, the victory of last Sunday in Madrid was something I will never forget. I missed the final stage in Rome, which was a dream, but I put it behind me immediately as in the final week my focus was fixed on the cyclamen jersey. In Madrid, it was different, I really didn't want to miss that one and being crowned on the podium in front of thousands of fans was amazing.

You have quickly become a big part of the Wolfpack. How important have the good atmosphere and relations within the team been for your success?

It has been critical. And I think we demonstrated countless of times this season that we really work for each other, win and lose as a team. I especially remember the Giro stage in Imola where I blew up completely. Afterwards, I felt the pressure because the team had worked for me and also a bit worried because I didn't know what happened. But the staff and my teammates didn't want to look at the bad things, instead they were all happy in the night, focusing on the next stage and upcoming chances.

In that moment, I knew I had a team around me – riders and staff alike – capable of turning my mood around and get me focused for the next opportunities. The day after, we won the stage and the whole team was very emotional after the finish line, as you can see from the video the team posted on social media. All the staff and riders were really feeling the victory together, which is quite unique.

How do you keep the motivation to win?

When I turned pro with Liquigas during the 2010 season and took my first pro victory in Turkey, I understood I could become a winning rider with the pros.

In 2016, I only won two races but that was the result of a very intensive preparation for Olympics, where I took the most emotional victory of my life. 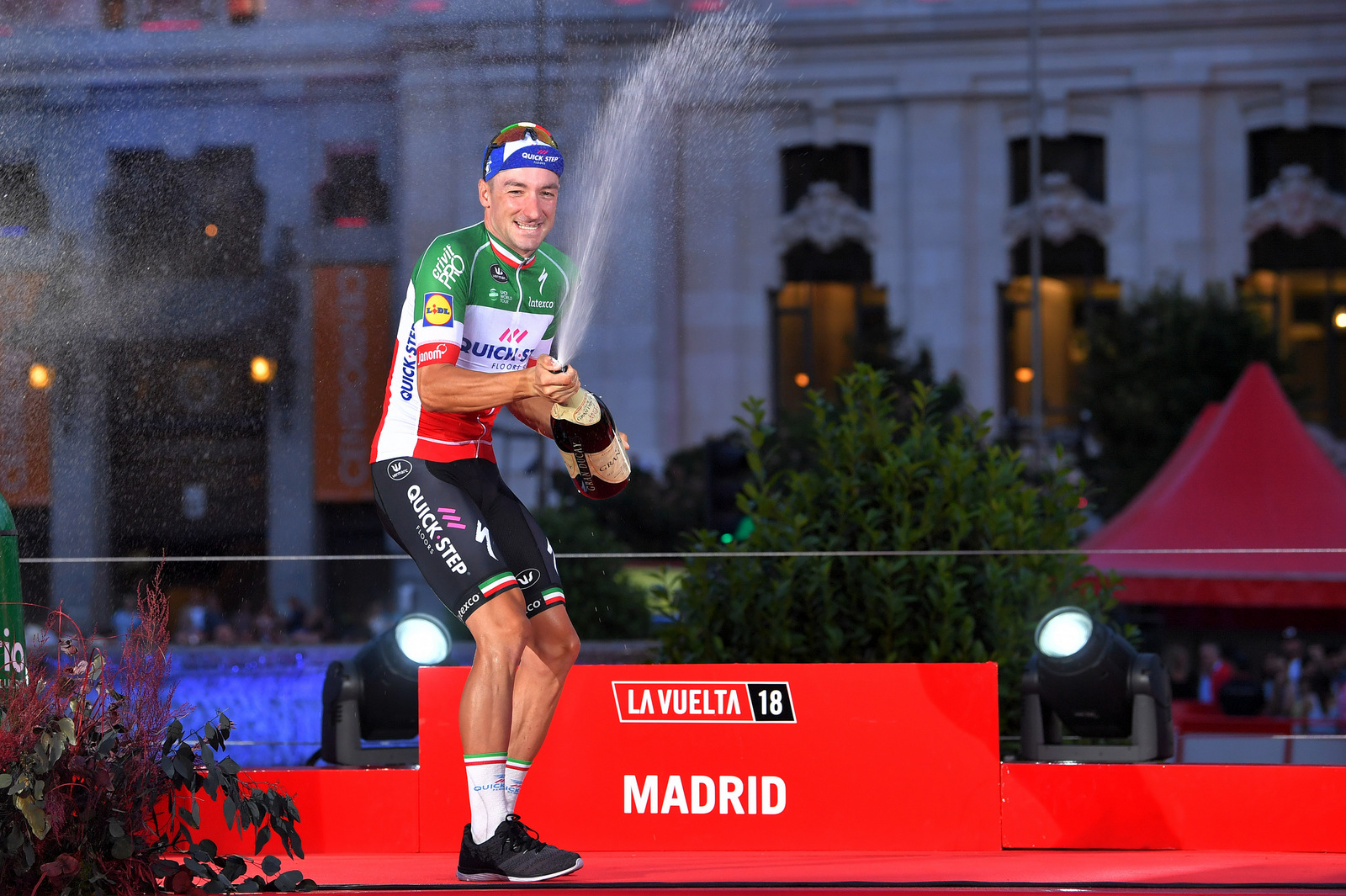 What are you upcoming plans after the Vuelta?

Although I come out of La Vuelta with a good form and the head to keep going, I have had 87 race days this season so I think it would be a mistake to continue. I need to stop now, to take a rest before I start preparing for next year. To repeat this season next season, I need to stop now and I'm just super happy it will be on such a high note.

This year I set out with many goals, which I accomplished. No doubt it will be difficult to repeat over the next seasons, but I hope this is the first of many years on a very high level. I still have many races I would like to win, like Gent-Wevelgem or Milano-Sanremo, both races you need to try a few times before you are able to win.

In 2020, can we see Elia Viviani back on the track at the Olympics in Tokyo?

For sure, after this season where I have learned that I can be one of the best sprinters in the world, my focus is first and foremost on the road. In my mind, we have just started this journey as I hope there are many more great results on the road ahead. The good part about the track is that the rules of the Omnium discipline have changed, which means I don't have to spend a lot of time to prepare intensively, like I did in 2016. I am very aware not to lose one year on the road to try to achieve a gold medal in Tokyo, but instead do the Olympics as a part of my road season. I am confident that with my condition from the road I can be ready.

For sure, you will see me on the track for a few World Cup appointments and Europeans, trying to take the best results as possible but without a specific objective to win the individual competitions.