The World TTT Champion looks back on his neo-pro season and outlines the goals and expectations he has for 2019.

When I started the 2018 season with my current team at the time, I had no idea that by the end of it I would have done a Grand Tour and be World TTT Champion. In my mind that was something impossible, so the least I could say about 2018 is that it has been mind-blowing. I came into the team on the 1st of April and that was no joke. I left for the Tour of Normandy with my old team, and when I left I did, I had no idea that just a few days later I would have a pro contract.

It was the first day when we were in France that my agent called me saying that Quick-Step Floors were considering taking me as their 28th rider. Only three days later, I got a message from Patrick Lefevere saying that we had a deal. So after Normandy, instead of going back to Denmark, I went to Belgium, to the headquarters of the team, where I got all my clothes and bikes and went back to another race in Limburg as my last race for my old team. Then back to Belgium and three days later I did Scheldeprijs on the 4th of April; so you can imagine how crazy those days were.

It was unreal going from Normandy to the team’s headquarters. When you enter, you feel the history of this amazing team. There wasn’t really any time to take it all in as three days later I was at the start of the Scheldeprijs. In the meeting before the race all the assignments I had were all before the feed zone, from the feed zone there was nothing planned for me to do, but I had a really good day and with four kilometers to go I was closing the gap on the attackers and we ended up winning with Fabio Jakobsen! That was a really nice way to get started.

Later that evening, when I went back on the plane to Denmark, I thought to myself: Wow, I had no idea two and a half weeks ago that I would be a Quick-Step Floors rider, be part of the winning team in a race and have my bag full of official clothing!

Coffee and a Grand Tour debut

Besides cycling I love, love, love coffee! I am a real coffee geek. I have a friend with his own coffee bean roastery, so I buy them from him and I take them to the races with a small grinder and every morning I grind my fresh coffee. If I wasn’t a professional rider, I would be a professional barista, I’m really good at it. My teammates love it too. At the Vuelta I brought my coffee beans as well, so that came in really handy for my first Grand Tour!

Being at the start of a Grand Tour in my first year with the team was another surprise. My job was to ride at the front of the peloton, so I spent a lot of hours in the wind and when I wasn’t there, it was because I was pulling the grupetto to help Elia Viviani and make it as comfortable as possible for him and to have him finish within the time limit. It was really great to be working with such an amazing rider as Elia and have Enric finish second overall, that was the cherry on the top. It was all about teamwork and I was so proud to be there with #TheWolfpack.

The highlight of my career until now, without any doubt. Getting that gold medal on the podium with the whole team was extraordinary, I got goose bumps all over my body, just unbelievable. It was a great experience, everybody was on the podium, from the riders to the sports directors, soigneurs, mechanics, doctor, even Patrick jumping like crazy from happiness. Our press officer was also on the podium and she was filming us, which resulted in this amazing video of everyone from the team jumping up and down. When I see this video it still gives me goose bumps and I can’t stop smiling. If you haven’t seen it, make sure you do it! 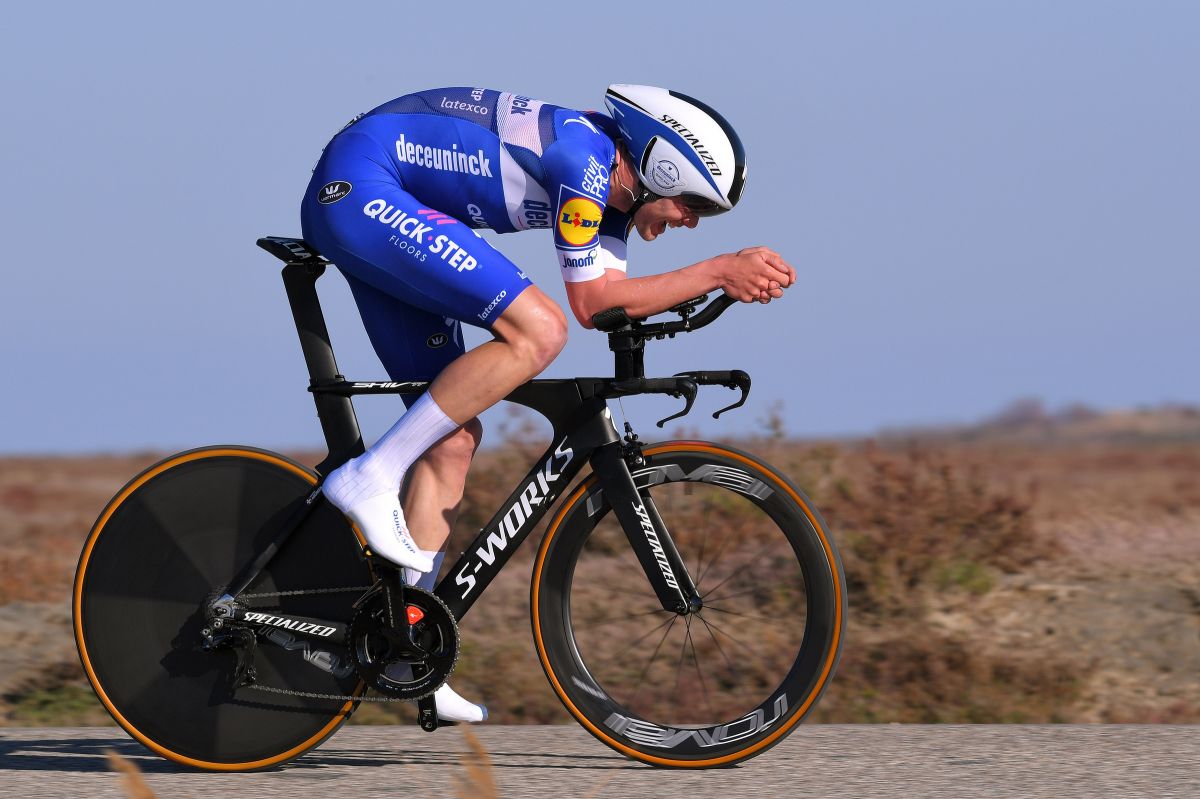 The first few days in Innsbruck we trained a lot with the guys and I felt that my legs were a bit heavy since I came there straight from the Vuelta. But after two days I felt better and better so going into the race I was really confident that I was in the best shape, better than I was ever before. I think everybody believed and was confident that we were taking a good shot at the medal, not only the riders but also the staff. Everybody was focused and gave 100%. Everybody wanted to take that gold medal home, so we were willing to give more than our all for this and we pulled it off magnificently at the end of the day!

I am extremely motivated for this season, my second with Deceuninck – Quick-Step, but not the last, because as you might have found out by now, I added two more years to my contract. It was really an easy decision; I feel at home here, I love being part of #TheWolfpack and I am happy I will continue on the squad and learn from all these amazing riders!

I also hope to gain more experience in the Classics and it makes me happy to know that I will ride some important one-day races this year. After the stomach problems which prevented me from starting the final day of the Tour de la Provence, I recovered and continued my preparations for Kuurne-Brussels-Kuurne, which I will ride next week.

I can’t wait to line up at the start there! We have such a good classics team with riders who are experienced like no other and I’m proud I will get to be at their side and discover the beautiful, fascinating and brutal cobbles. Of course, the main goal is to help the team as much as possible, but long-term my desire is to improve and hopefully one day be up there, on the podium. That would be truly awesome!