Davide Bramati and the Giro d’Italia

After 13 participations as a rider, Brama continued to be present at the Corsa Rosa from behind the wheel of the Deceuninck – Quick-Step car, which he will drive again over the next three weeks, as the Wolfpack will fight for more memorable victories.

As a rider, my best memory in the Giro was in 1996, when Pavel Tonkov won the general classification. That was very special – to be part of this success, to be in a team that won a Grand Tour – something truly unbelievable. We all worked so hard to have him win the Maglia Rosa so that is definitely my favourite moment of the Giro as a rider. Later, as a sports director, I tasted success again, but in a different way: by winning stages, a lot of stages. One year, we even managed to have the iconic pink jersey worn by three different riders, which was quite outstanding, especially as the rider who had the jersey on his shoulders worked hard so that his teammate could get his hands on it.

We never won the overall with the team and me as a sports director, but I can tell you that winning stages and having the maglia rosa for a couple of days is almost as exciting as winning the Giro d’Italia. When we come here as a team we go for every stage, we always want to win. I like this attitude, it’s something that defines us and helps us stand out.

Another memory I will always cherish as a sports director is the day Wouter Weylandt won a stage in the Netherlands. I remember that day as it was yesterday. It was a crazy hard stage, with a lot of wind and echelons. We had only one guy in the front group, which was reduced to around 60 men, and that was Wouter, who finished it off by winning the stage. The grupetto, who arrived several minutes later, hadn’t heard the news, so when the riders came into the bus and found out what had just happened, everybody started jumping around, they were all incredibly happy. 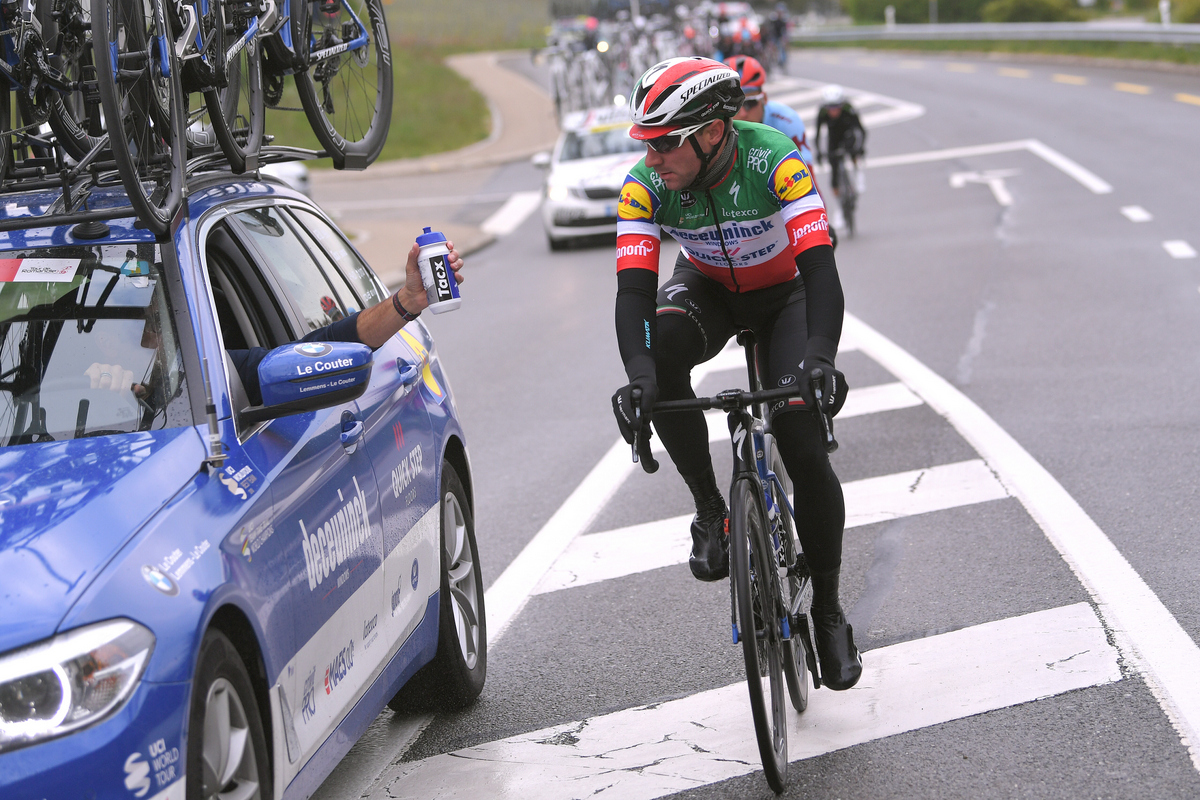 The Giro passes my house sometimes, like two years ago, when we finished just three kilometers from my home. As an Italian, I know a lot of people also from the years when I was a rider. When the Giro finishes close to my house a lot of people that I know call to let me know they will be on the side of the road supporting and watching the race pass by and also cheering for me personally, which I think is so nice, especially when you haven’t seen the people in all these years: former teammates, former riders who stopped cycling and all found jobs outside the cycling world, but they still know you and support you. I think it’s something typical Italian, it’s beautiful to see them and see the passion for the race in their eyes even after all those years. That’s what makes the Giro so special for me.

For this year’s Giro we start with two important riders: Elia Viviani – who’ll have a new but still classy Italian National Champion jersey – for the sprints and Bob Jungels for the GC, the six other riders being here to support them. We’ll see what happens day by day, but for sure we are here to win again and nothing else. I am looking forward to the start on Saturday and being in the car for the next three weeks, being “Brama”. I can’t help it, it’s my passion, I always go fully motivated and all-in, and this is what I expect from the whole team as well, riders and staff, because we are #TheWolfpack.