Deceuninck – Quick-Step’s charismatic sports director talks of cycling fashion trends, his unwavering love for the sport and how things used to be back in the day.

I still love cycling, and before the season started, I did some cyclo-cross and mountain bike races. Some people asked me why I am still doing that at my age, but my answer always is: because I enjoy it. I still get nervous on the start line, even after all these years. I know it is going to be one hour of pain and I haven’t trained enough. Every time I tell myself that next year I am going to be fitter, but it probably won’t happen. But I love the excitement of doing a competition, not as much about winning, but the sense of achievement and feeling good afterwards.

I started cycling in 1971, so it has been quite a few years, but I still love being with cyclists. Now my son is riding, and we love going with the kids a few times a week to the track in Copenhagen, and then on Sunday at the mountain bike races. I decided that instead of just watching that I had better get involved and that’s how I started again. It takes me back to my roots, when my Daddy used to take me and my friends. Now I go with the kids and listen to the same music. Sometimes, when there isn’t a result it is quiet in the car, but it is good fun and the emotions remind me why I love sport. 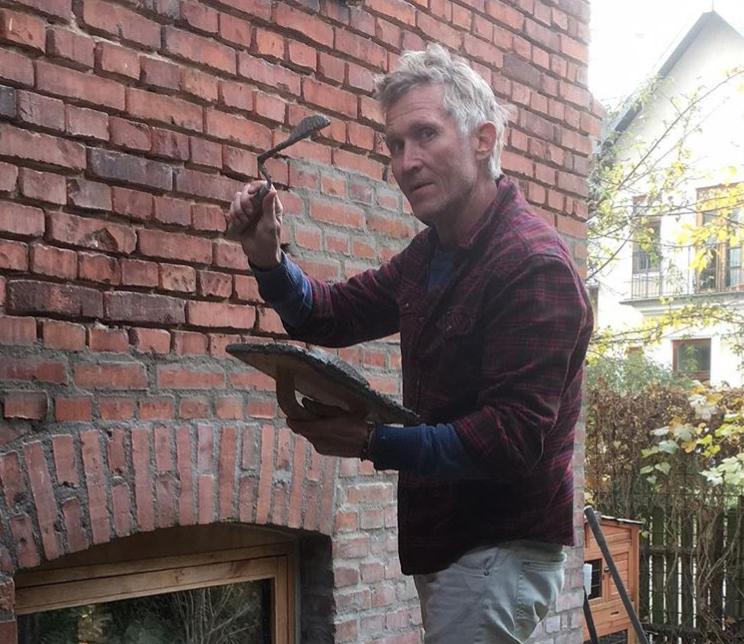 Also, in the winter I started getting involved in politics and the city council where I live. I wrote to the Mayor about some of the local buildings. I used to be a bricklayer, so I like bricks, and everything that we build now is concrete! The Mayor invited me for a meeting, and he said to me: ‘If you are so smart, why don’t you run for election?!?’. So, I did, not thinking I would actually get elected, and it was a whirlwind when I was. It is a big challenge, which I like and it is good to be involved. I have done two elections now for the council, which is a bit like a bike race – you either win or you lose.

A lot has changed in cycling since I started, but a lot of the basic things have stayed the same. It is still about riding a bike and suffering, the nerves, the pressure, and the stress. Those things can never change. A broken collarbone is still a broken collarbone. The riders go much, much faster today – there is no discussion on that. Easy days don’t really exist anymore and it can be more dangerous with the traffic furniture, but everything is very organised now.

Not many breakaways make it anymore, because it is just too important. People like Thomas De Gendt may make it on some special days, but it doesn’t happen very often anymore. The sprinters’ or the climbers’ teams are much better organised and more professional and really that is better for the sport. 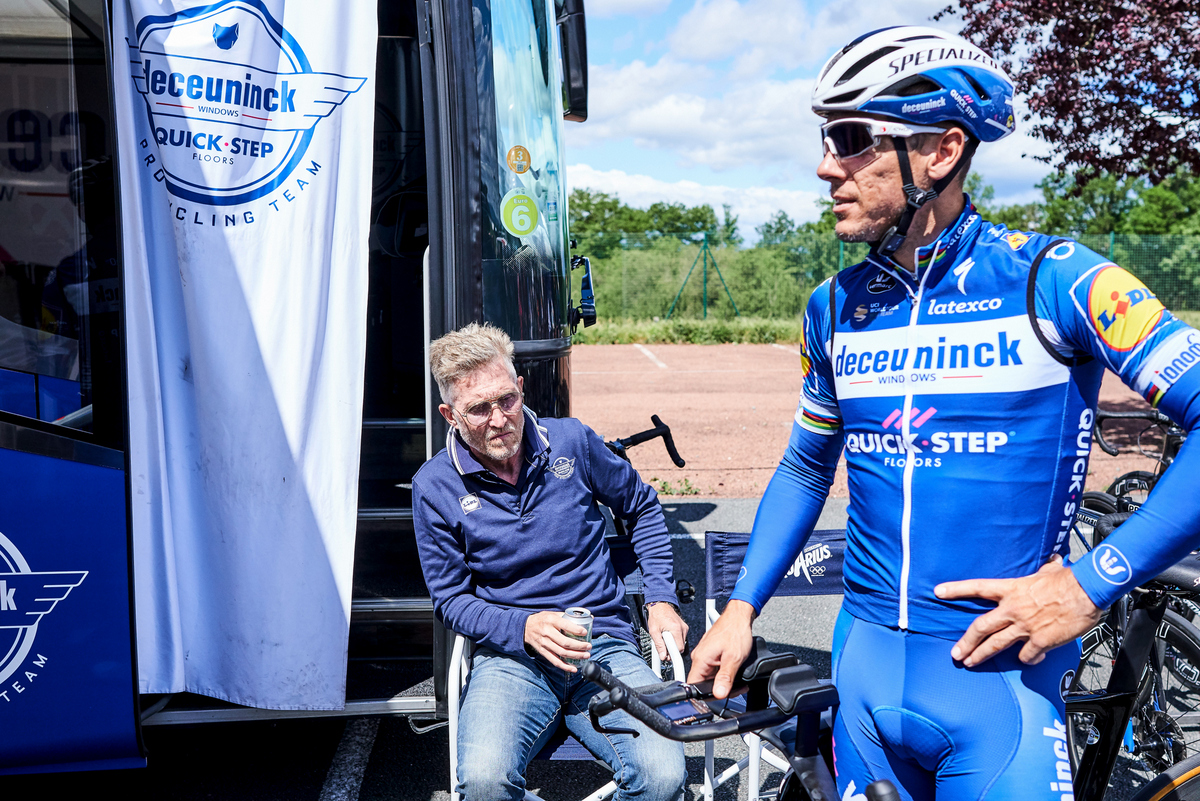 My generation might say that we had a bit more fun, but the world has changed and while we had more fun, we also made less money and you can’t have both. Sometimes they don’t like the pressure, but then I remind them that as a young pro I only made 10 000 euro. Ok, it was 1986, but I could have made more as a bricklayer! But you chose the sport because you love it and want to be successful. I know everybody chooses to ride for different reasons: some want to be famous and some want to be financially secure. Everybody has different goals as to why they ride a bike and their own ambitions. But 99% of them still just love cycling, otherwise they wouldn’t take the risks. But for sure everything is getting faster. The bikes and the technology are better. The bikes in my time you wouldn’t even take to a bakery on a Sunday morning nowadays!

If I had to choose between being a rider or a great rock star, I’d choose to be a rock star, but you always want what you can’t get. But if I could really choose, I would want to be in Formula One, which I love. I know a few racing drivers, and they have the same mentality, in that they love speed, they have to wear the right kit and equipment and the dress code. And it is individuals in a team sport.

Like in motorsport, cyclists have their own style on the bike. The equipment has developed a lot and I always look at the handlebars and the stems, and the position of the saddles. On the team we have Enric Mas, whose handlebars point inwards – every time I look at this, my eyes are bleeding! The worst thing is that he came second in the Vuelta with handlebars like that, which was painful! Riders’ saddles now point down too and I want to know who invented that, because cyclists are starting to look dangerously like triathletes! I like being more conservative with the bike. I know that not everybody can look like Sean Kelly, but I wish they could! 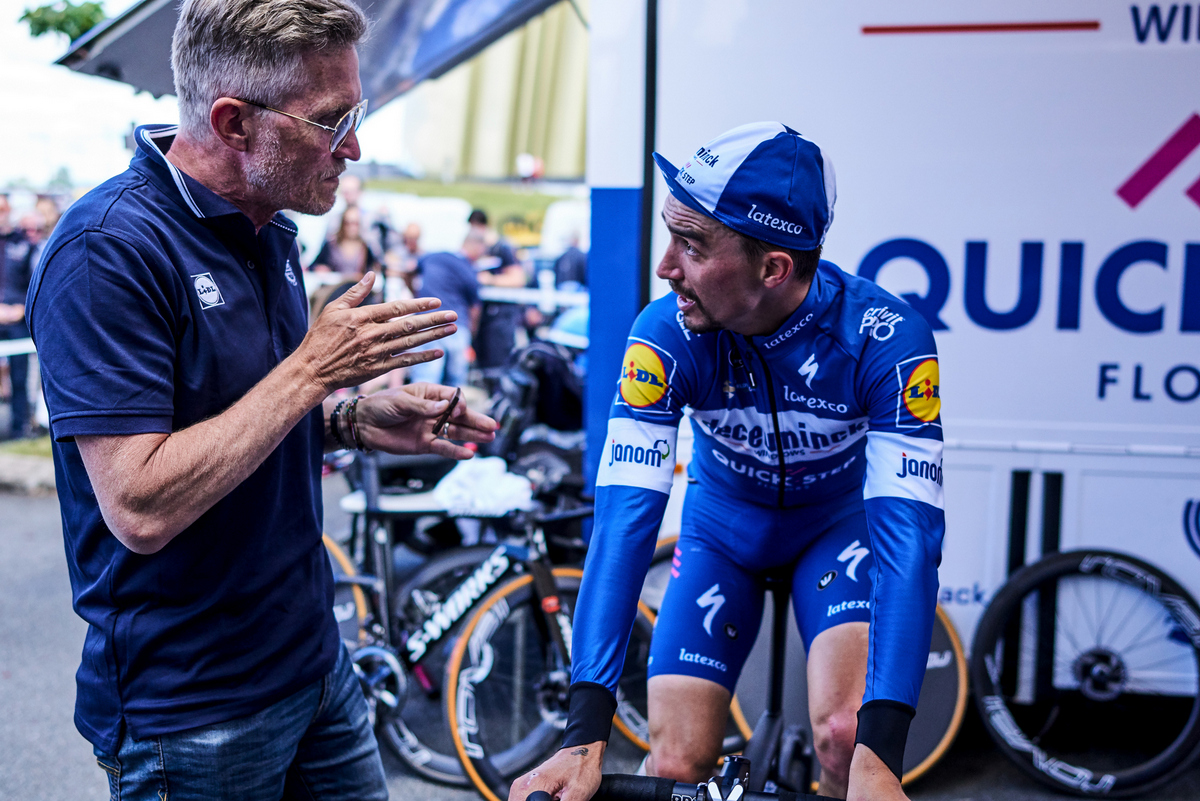 The kits are the only things that I can say were better in my time – ours looked better. You couldn’t have had the style icons that we did if not. You can’t say it out loud, but we had people like Anquetil, while now everybody looks the same. We always have somebody that does the little things to look good. Of course, Alaphilippe with his beard stands out. He looks like something in between a musketeer and Begbie. It gives him a little edge. Gilbert always has the short socks that make him standout and a little bit cool. It’s all about the details. If he didn’t have to wear a helmet, it would be Bob Jungels, with the way he rides, and boy, does he care about his hair!