Sam Bennett: “Winning in Down Under made the pressure go away”

We kick off our best ten moments of the season with the Irishman’s victory on the first day of racing in 2020.

Going into the race I obviously felt a lot of pressure. I was on a new team, and not just any team, the team of my dreams, so I wanted to perform and repay the confidence put in me. During my career, I had worked hard to get to that position; I came to Australia after a great winter training camp in Spain and was really motivated to start off on the right foot.

I was blown away by how the team handled everything, it was so different from my previous teams, such a completely new approach, that it gave me a huge boost as I was pinning on the number. To have them support me on and off the bike was amazing, but at the same time, I have to admit that before the start of the opening Tour Down Under stage I wasn’t feeling that ready. I was very nervous, and that nervousness overpowered the excitement that I was feeling.

Looking back, a funny thing that I remember is it being João’s (Almeida) first day on the World Tour and I was just looking at him how nervous he was and thinking: “I’m just as nervous as him. It’s crazy!” It was like the first day of school for both of us, we were checking if we had plenty of food and drinks, if everything was set up. There’s an eight-year gap between the two of us, we were coming from different situations, but were feeling the same. 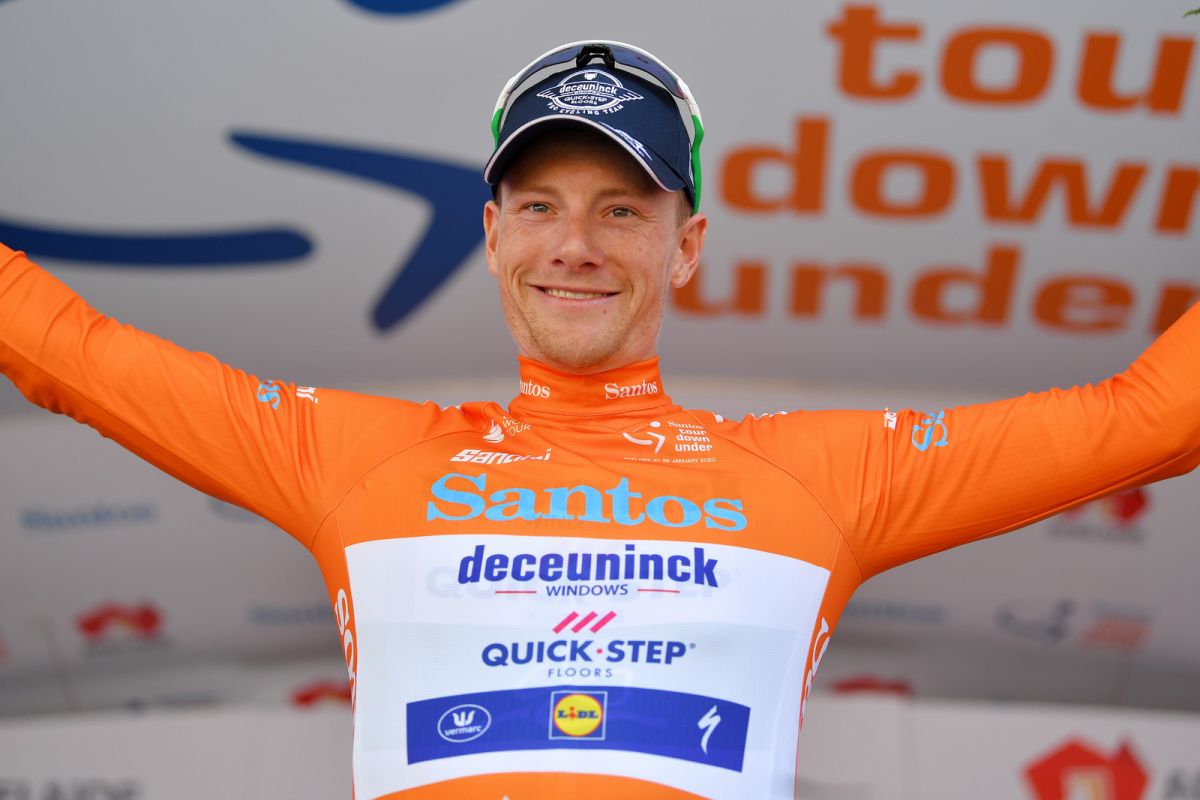 As the race progressed, I continued to be impressed by the team and how they rode, how they were focused on their thing without looking at others. Iljo and Michael were incredible, their experience and the way they passed it to the other riders was instrumental in the final outcome and made a huge difference. The final was a bit uphill and I remember teams coming up and blowing up, then somebody kicking out really early, while we were waiting, waiting and waiting. At one point, I thought I had left it too late, but the guys delivered a perfect lead-out and I took the victory in Tanunda.

After crossing the line, I couldn’t believe we got the first victory of the season on the very first day of racing. Getting a win early is so important for a rider, because the hardest victory is always the first one, as it makes the pressure go away; afterwards, it seems they come easier, but breaking the ice is always a tough cookie. It was super important for my morale and the confidence, not just mine, but of the entire team. It felt amazing to win in the Deceuninck – Quick-Step jersey in January and then to get to wear the leader’s jersey, a first for an Irishman Down Under. A nice bonus to what was a perfect start to the season! 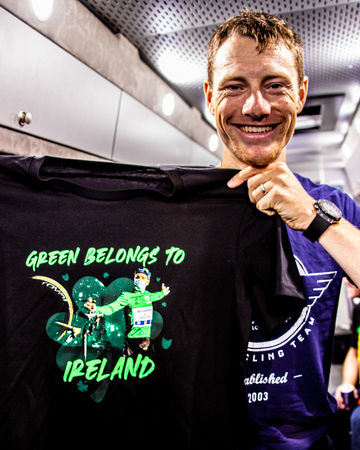 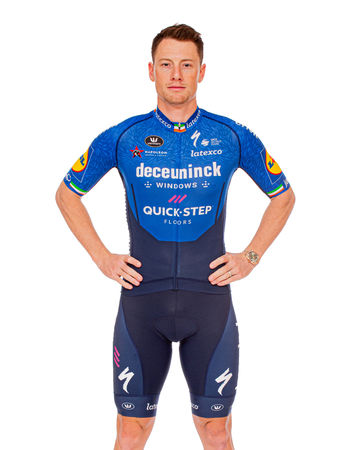 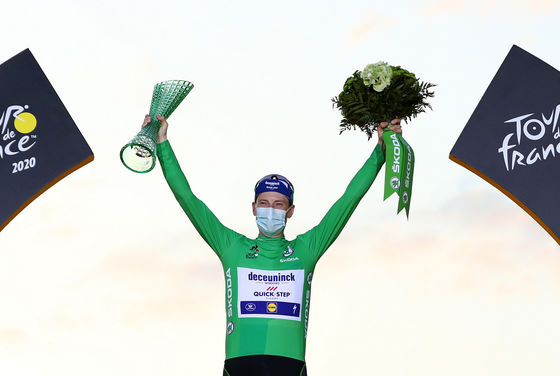