When it was explained to us how the CORE body temperature technology works, we were very interested in testing it as core temperature has, for a long time, been considered an important metric and value for athletic performance.

Despite this, there are very few ways of measuring accurate core temperature. Before now, the only way it could be done involved the subject swallowing a small electronic unit that could measure the temperature from inside and then transmit the information to a machine. The machines are very heavy and it was an extremely expensive process, that was impractical to use in our field. The discreet deign of CORE means that we have something that makes it possible to use during races, where the data matters most. The unit is a small device of a couple of centimetres square, small enough that sits comfortably on a rider’s heart-rate strap. It measures the energy that transfers from the body and, with an algorithm, this is calculated into the core body temperature, giving a reading every second, with an accuracy 0.21 degrees Celsius. 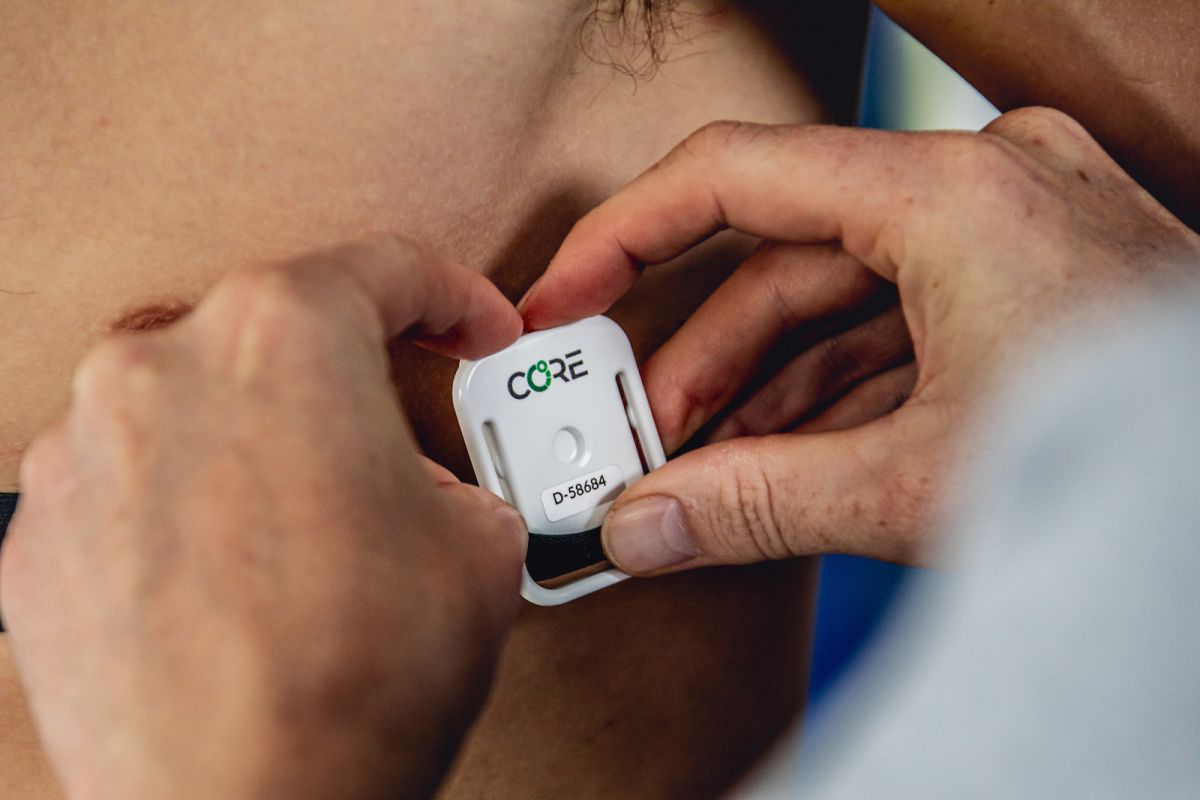 The data will originally be used as an objective number to see where riders struggle to cope with heat and other conditions. A comparative example would be to look at marathon running, where the fastest times are widely known to be run in weather conditions of between 10º and 14º. When temperatures hit 20º, the times start to slow and anything above 25º singles a significant decline. When cyclists ride up a long climb, the intensity is comparable to a marathon runner, so the heat that the body produces itself is very similar and of course when your body produces that heat it tries to cool itself. When riding uphill, the speeds can also slow to that comparable to a marathon runner, so if you see that they lose 5% of performance due to temperature change, it makes sense that we start to look at how it affects our rider’s performance and how can we improve this.