Sam Bennett: “Going for green this year was the opportunity of a lifetime”

The first Irishman in more than three decades to win the Tour de France points classification looked back on his historical achievement.

At the start of the Tour de France I wasn’t thinking of the green jersey. I knew that going for it means fighting from the first to the last stage, investing a lot of energy, staying alert all the time and chasing points everywhere, so my primary goal was taking a maiden stage win at the race. But during the whole opening week I was consistent and after stage 5 I got to wear green for two days and from that moment on I said to myself I would now give everything and do my best to take it home.

At the same time, I wanted to win a stage, not just wear the green jersey, and to finally get it on stage 10 in Île de Ré meant the world to me. It brought back green after losing it three days before and it took the pressure off and made me calmer for the remainder of the race. I didn’t know if I would get this chance again again. I sensed it would be the opportunity of a lifetime, I had a great team and great legs, so I went all in from that point, focusing on taking it to Paris.

That last stage was really strange. I more or less had the jersey in the bag, it was pretty much mine after stage 19, but that Sunday was a bit of a slow-burner, because I couldn’t really enjoy it, not until the intermediate sprint, that is. It was only after I mathematically won it that I got a huge sense of relief, one that allowed me to go for the stage win without thinking what would happen to my chances of claiming green in case of a crash or a mechanical. 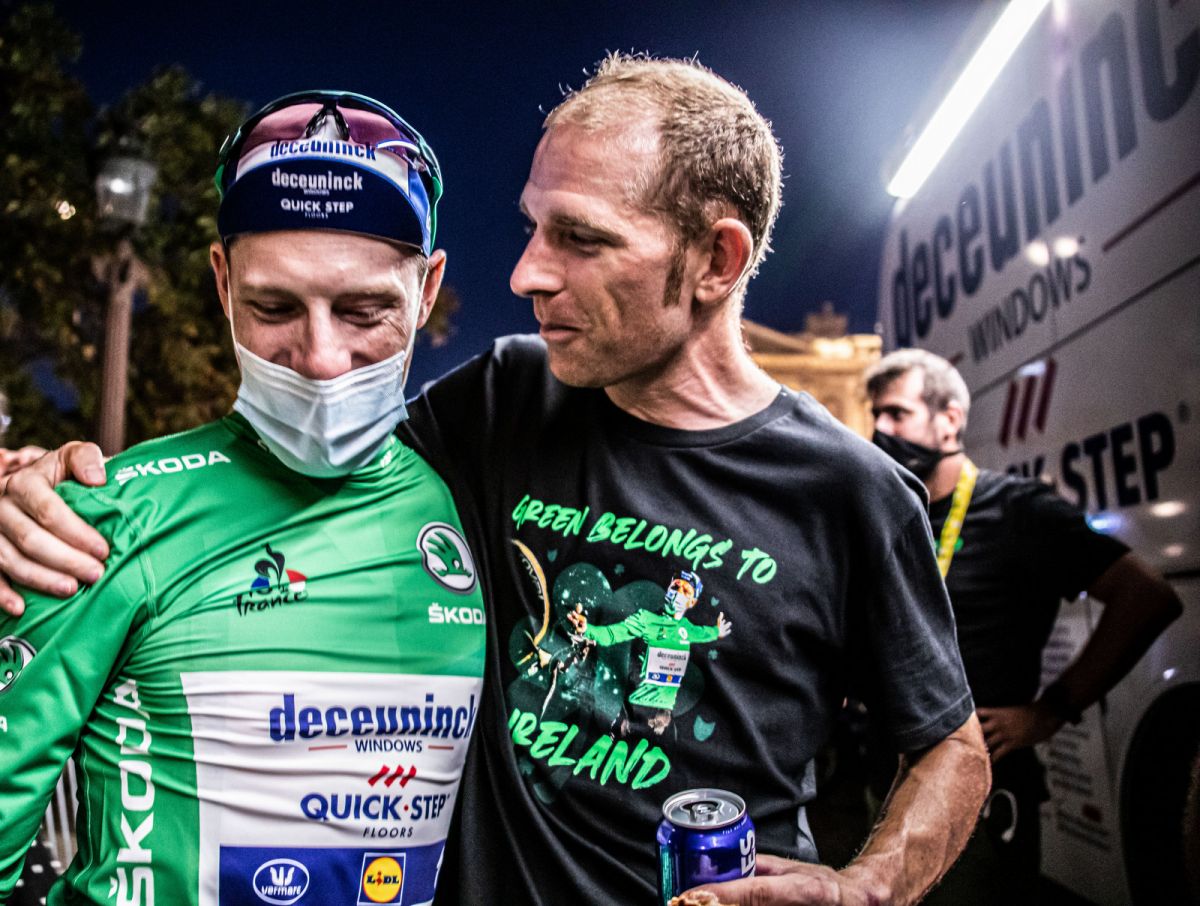 I was very calm in the final 50 kilometers, just followed the boys, who were once again phenomenal, and coming through the last corner I knew what I had to do and did it. Once I crossed the finish, I couldn’t believe what had just happened, I needed some time to realise what I had just done. You always dream of something like that – winning at the Tour de France in Paris – but you never think you might actually do it, as there are so many pieces that need to fall into the right place.

Being on the podium in Paris to collect the winner’s trophy and the green jersey, which made me very proud to bring to Carrick-on-Suir 31 years after Sean Kelly, was unbelievable, as I said, it was maybe a once in a lifetime moment. I felt honoured that I could share this moment with my teammates and the amazing Deceuninck – Quick-Step staff, who made our life easier over those three weeks. Seeing them there, wearing those special “Green belongs to Ireland” T-shirts – which only added to the whole moment – and celebrating our fantastic Tour de France close to the iconic Champs-Élysées, are memories I will forever cherish! 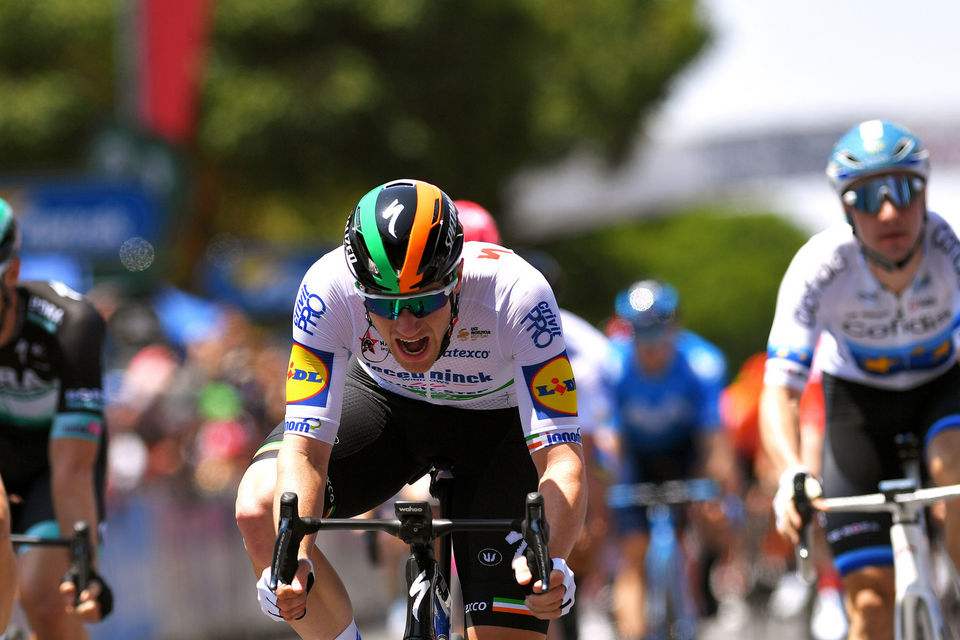 Sam Bennett: “Winning in Down Under made the pressure go away”