Fabio Jakobsen: “Grand Tours are both the nicest and the worst races you can do”

The 24-year-old Dutchman talked about returning to the start of a three-week race for the first time since 2019.

I am excited to be back here at La Vuelta, two years after I first rode it. I remember that the build-up to the race felt like it does now, with not quite the buzz you get around the other Grand Tours, but there is a really strong field. Deceuninck – Quick-Step have brought a motivated team, who will be looking for a good GC ride and some stage wins. We have myself who can sprint, some guys who are strong on the climbs and some guys suited to those in-between days, so it is a strong team. The atmosphere is nice, the weather is good, and Spain is a great country to race in, so we look forward to it.

I took my first Grand Tour stage victory at the Vuelta in 2019, which funnily enough was against my now teammate Sam Bennett, who I beat by the smallest of margins! Everything about that race went well; my first Grand Tour, getting my first stage win, winning the final stage in Madrid – this is when I thought that if I stay in a good shape, don’t get in a crash or sick, then I really believed that I could make it to the end and compete for stages. That is how I intend to go about this Vuelta; to try to get to the end, to win a stage and then try and improve towards the end of the season and then into next year. I think it is an important race for me, to show that I can ride Grand Tours again. 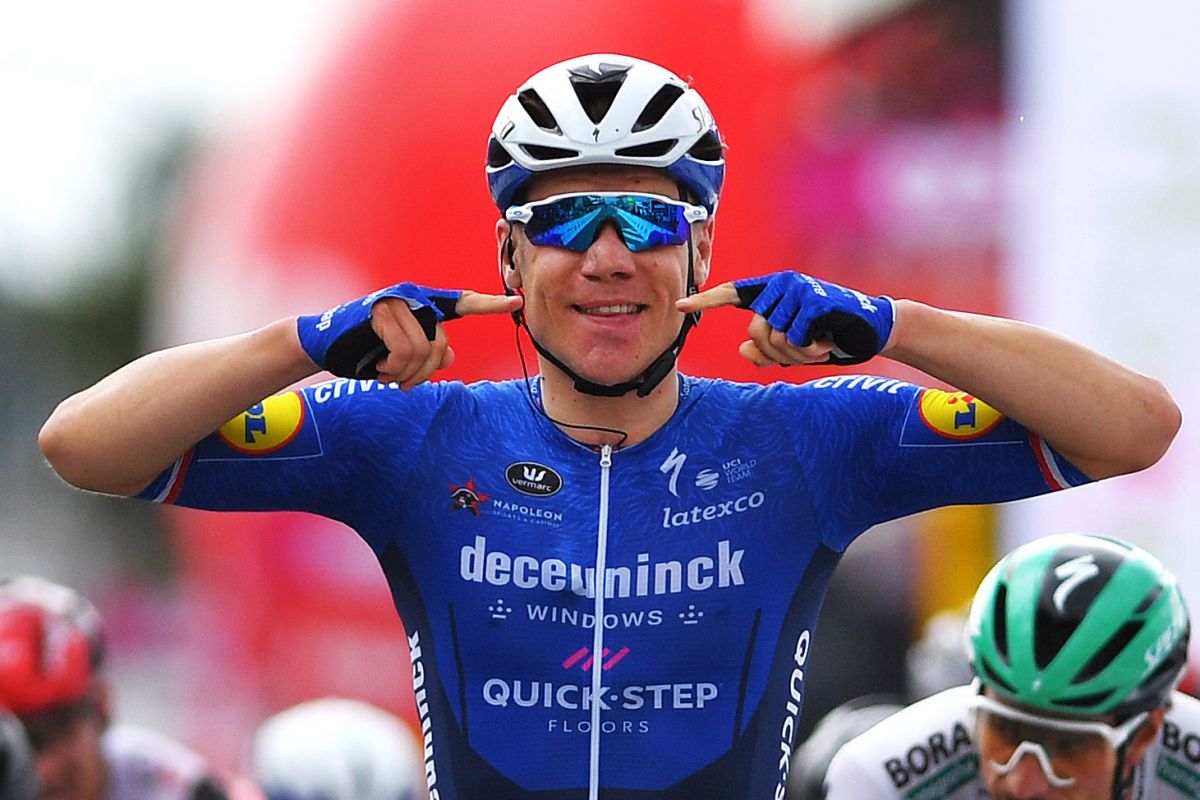 The Grand Tours are both the nicest and the worst races that you can do. They are the best because everything is taken care of and the staff look after everything; good hotels, good food, the massages and recovery – we even have the same Latexco mattresses to use in every hotel, so we can sleep properly. Everything is perfect. But the downside is that the whole of the peloton is in good shape and motivated, the racing is hard, the climbing is even harder, the sprints are nervous, and everyone wants to win! But in the end, there is no better place to be than in a Grand Tour – the only thing we have to do as riders is get on our bikes and suffer.

I sometimes reflect on what it means to be back here, both long and short term.

If I look far enough back, who would have thought one year ago that I would be racing the Vuelta now. And then short term, I look at Wallonia where I won two stages and felt great on the bike, and I started to think that a stage win in the Vuelta might be possible. At first, I really just wanted to start this race, get in the mix and try to get the feeling back for being in a sprint. Just a couple of months back I was just another rider in the peloton, looking to finish a race, but I am hoping that the two wins were a switch. Everyone says that they knew I would win and that they believed in me, and in my mind I had already won a couple of races, but there is a difference between thinking about winning and actually doing it, so it was a relief that I knew I could win again. I was really happy that I could still do it in a sport that I love and feel the adrenaline and get that special feeling.

In the first couple of weeks here there are some stages that should end in bunch sprints, but there is also a lot of wind in Burgos, so Sunday will be nervous. We rode the last 50 kilometers of the course in training and I think it will be good for me and we have a strong lead-out to try and go for it. But over the whole race we have three or four guys that can win hard stages, and then the three mountain goats that can either do GC or win a stage in the mountains and we will take each day as it comes. I said to James Knox that La Vuelta is sometimes a really good race for this team, because everyone is motivated and it’s still one of the big races that everyone looks forward to and we all want to win, so we can’t wait to start it this weekend!