Fabio Jakobsen: “Having my teammates on the podium with me was the best thing”

The Dutchman looked back on his special La Vuelta, which closed a circle for him and spelled the end of his recovery.

“Before the Vuelta I was excited of course, but I was also confident that there were sprint chances in the first two weeks and that we had a very strong team for the lead-out. You could feel in the days before the start that everyone was super motivated. The atmosphere was really good, on and off the bike. But I was a bit nervous as you never know how a Grand Tour will go. I had already done a good Vuelta two years ago, but you never know if you will reach the same level as before.”

“I was already close on stage two and then we had the idea that it could work to take a win. In stage four that happened. On the roadbook the sprint didn’t look that ideal because of the short climb before the finish and the last 400 meters that went up, so you’re never sure, but it worked out perfectly. Everyone in the team helped me that day, they kept me in the front and I could start my sprint in the wheel of Démare who normally isn’t beatable on such a sprint but that day everything worked out, I was lucky. It was a beautiful finish so there I had the idea ‘okay I’m still able to win in a Grand Tour’, this was a big relief, but also towards my team and teammates I showed that I was still capable of winning.” 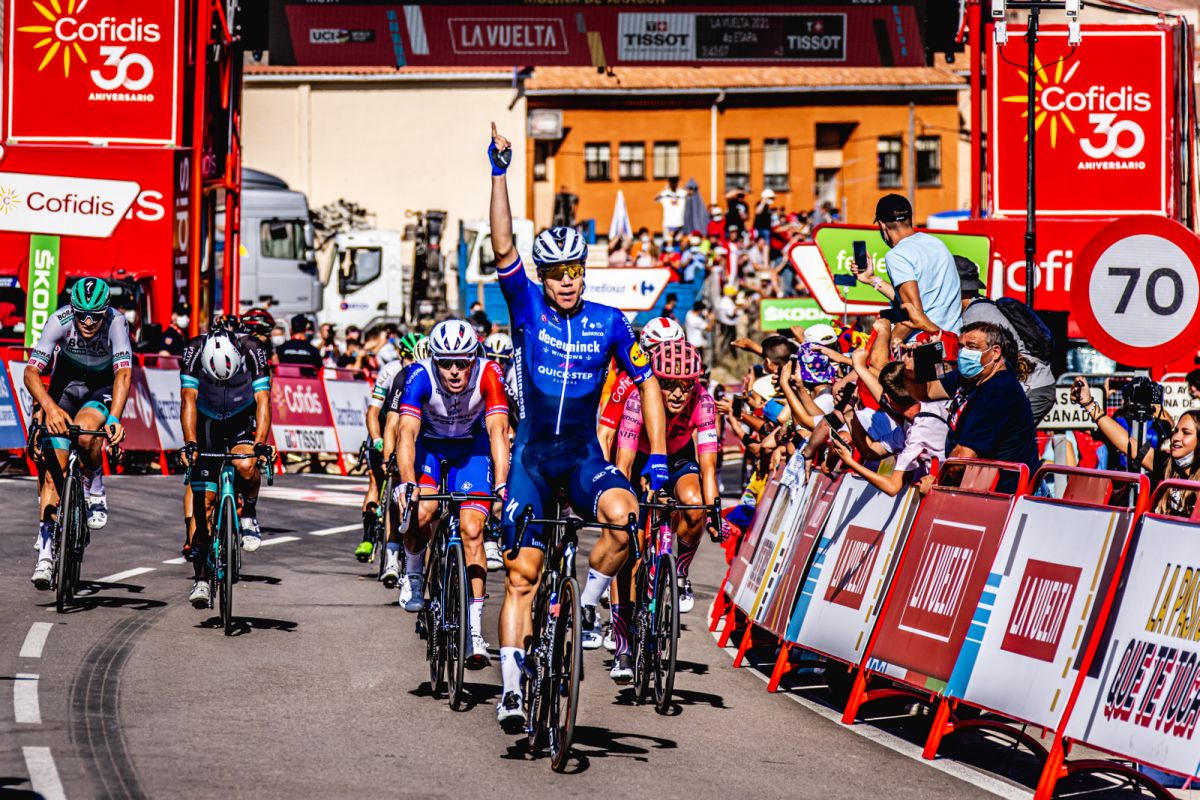 End of the comeback

“Before I crashed, I had already taken two stage victories at the Vuelta back in 2019 and I think that was the best thing I had ever achieved on the bike until now. I put this win at the same level as the other two, because I felt like I came back to the same level I had back then, at least my results showed that. The comeback has been successful.”

“Then taking still two other stages was fantastic. Stage 16 had a lot of different layers. This was in the third week of a Grand Tour, it was a hard course with quite some climbs where other teams tried to make it difficult for me, but my team did a fantastic lead-out after this tough day. The fact it happened on my birthday, with the green jersey on my shoulders, made it even more special. Some members of my family were there, so they also celebrated. There, in Santa Cruz de Bezana, I also did better than my last Vuelta, as I had three wins at that point. I was almost certain of the points jersey, if I could make it safely to the end of the race. This was such a special day that I will never forget.” 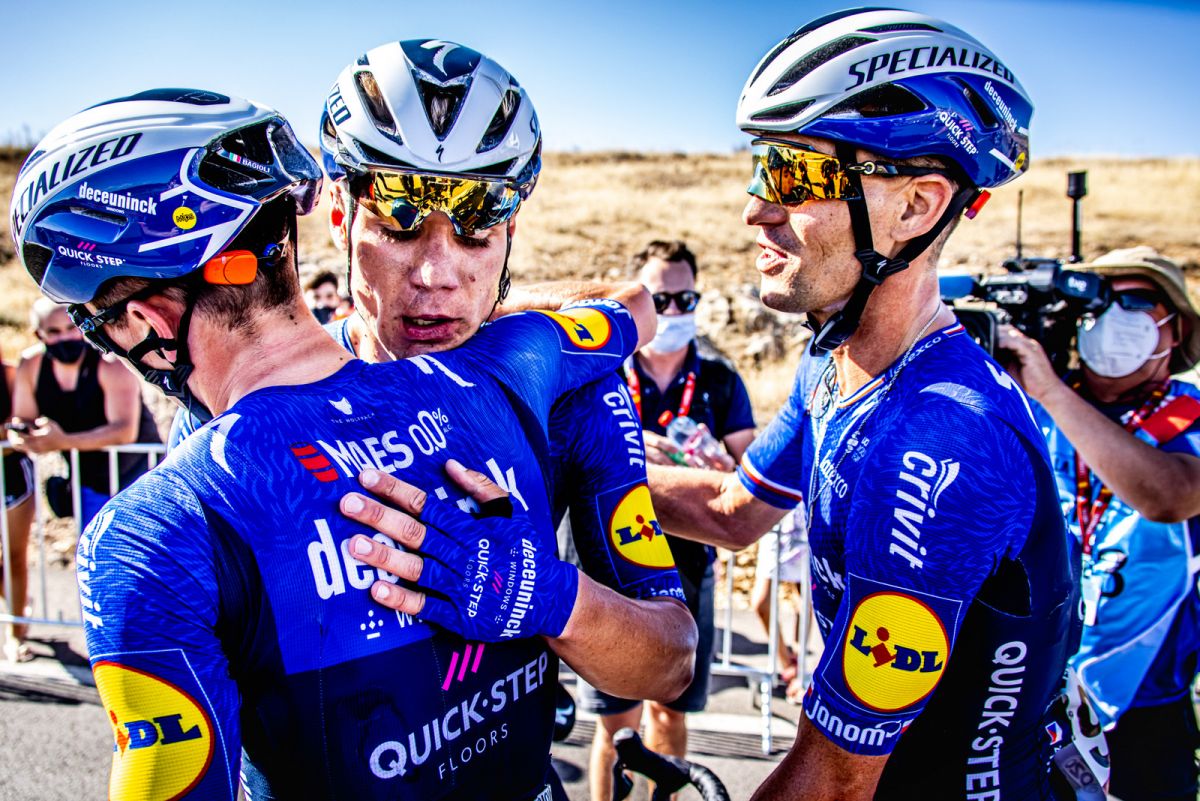 “For a sprinter the teammates are really important, not only in the lead-outs and bringing back the breakaway. In the mountain stages they were always there, they helped me in the climbs and guided me in the descents. Being alone or having your teammates around you makes a big difference. Without them it wouldn’t have been possible to take those three victories and the green jersey.”

“The last day was a time trial and I made sure of finishing inside the time cut, but I also wanted to ride well the first 30 kilometers and the last kilometers if I knew I would make it in time I could enjoy and that’s what I did. With the public along the road, also on the square in Santiago de Compostela, I looked around and just tried to enjoy the moment. We had a hotel near the finish, all my teammates were there, we celebrated and went to the podium together. When I was up there with them it was really special. I didn’t do it on my own, that’s why the best memory for me was to have my teammates by my side on the podium and go on the picture together.”

“My parents followed the Vuelta with the camper, also my girlfriend and some other family members were there. For them it was exciting and special, they have been by my side the past year, they saw all the steps, the surgeries, the recovery, the training; always coming back from zero and building up again. Until the point I sprinted again in Tour de Wallonie and now I have the same level as before the crash. This was emotional for them, I don’t think you can put it into words.”

We’re all happy and grateful that I’m here today.

“Nobody thought this was possible a year ago. When I came home there was a warm welcome with fireworks. I was quite tired after three weeks of racing, but that was really nice. Later I rode through my town, there were so many people cheering for me. You see they had fun watching me and that’s what this sport is all about.” 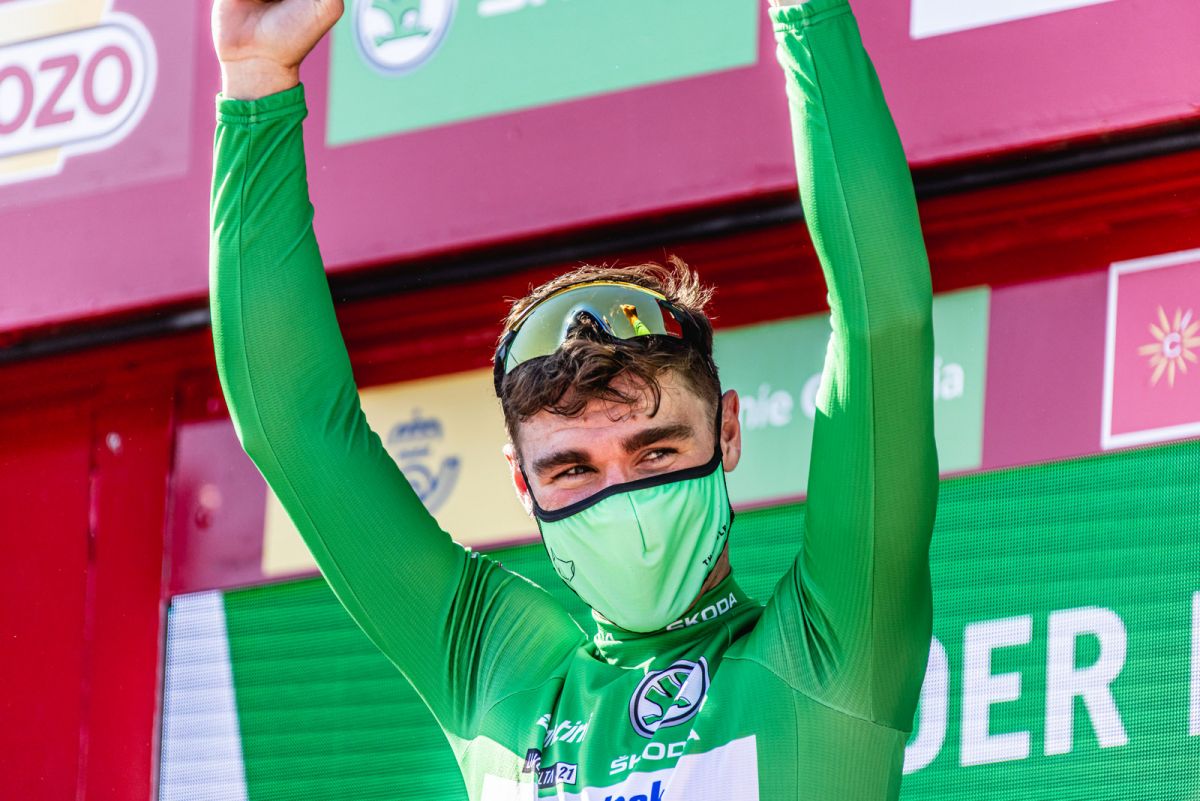 “If you enjoy something and have fun, then you should always keep on doing it and that’s what I did. I love biking and I like to race, I’m good at it and I enjoy it. That together with my family and the team have kept on pushing me to come back as a rider. I didn’t do it alone, I had a lot of support and now I’m happy I still enjoy racing. This is the secret of how I fought my way back to the top.” 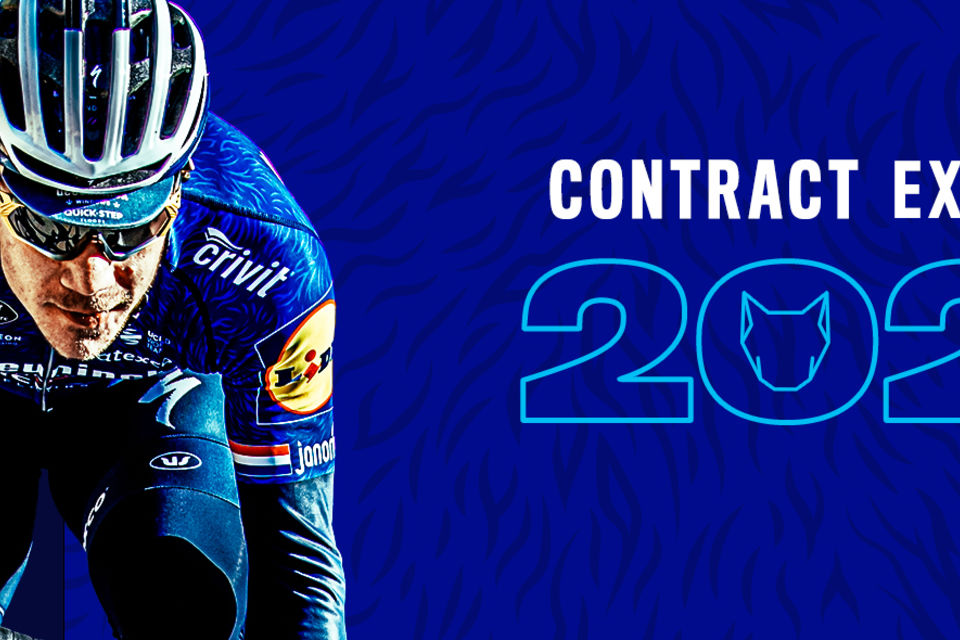