Tour Down Under: Etixx – Quick-Step shows itself on last day

After six stages and almost 800 kilometers, the Tour Down Under draw the curtain on the 18th edition, but not before Etixx – Quick-Step went once again to the attack, as the members of the team promised to do at the end of the Willunga Hill stage. Right from the gun, Carlos Verona accelerated and went clear, together with four other riders: Laurens De Vreese (Astana), Lieuwe Westra (Astana), George Bennett (LottoNL-Jumbo) and Adam Phelan (Drapac). That group managed to stay in the lead for a couple of laps, before being reabsorbed by the bunch, but that didn't stop 23-year-old Verona – who is now in his fourth World Tour season – to jump one more and light up the stage.

The Spanish rider had 10 seconds in hand, but with the sprinters' teams on home turf in the Adelaide criterium, he was caught shortly after, opening the way for other attacks, from Maarten Tjallingii (LottoNL-Jumbo) and Thomas De Gendt (Lotto-Soudal). As the race was heading towards the final laps, the gap of the men at the front decreased, with Dimension Data and Trek-Segafredo riding at a furious pace of 46 km/h, which spelled the end of the adventure for the Dutch-Belgian duo.

As was the case on the opening day, Caleb Ewan (Orica-GreenEdge) was victorious, following a devastating sprint, which left Mark Renshaw (Dimension Data) and Giacomo Nizzolo (Trek-Segafredo) fight for second place. His teammate Simon Gerrans enjoyed a comfortable day in the race and arrived safely at the finish, where he celebrated the fourth victory of his career in Tour Down Under. The Australian was followed on the podium by countryman Richie Porte (BMC) and Colombia's Sergio Henao (Sky).

Besides having Carlos Verona in the break throughout the day, Etixx – Quick-Step also helped young neo-pro Davide Martinelli finish in the top 10, a nice result to conclude his first World Tour event: "Today, I think the whole team had a good race and supported me very well. It was one of our strongest stages in the Tour Down Under. In the last lap, I was riding with Guillaume Van Keirsbulck and we were both in a good position going onto the last small climb. I started early in the sprint, in around 15th position, so coming 8th in the sprint was a good result."

For me personally, the race has been a great experience and I'm really content with the results I produced for the team here.

In the general classification, the best placed rider of the team was David De La Cruz, who gained a position on this final stage and came home 21st, just 1:18 behind the winner. Looking behind on the whole time spent in Oz, De La Cruz declared himself satisfied, as he sees this whole experience as a starting point for what can be a solid season: "The race was difficult, even more so than last year. Everyone says that this race becomes harder and faster each year. During stage 3 on the Corkscrew climb, I didn't have the best day and couldn't find my best climbing legs, and then on Willunga Hill on stage 5, I did my best and can only be satisfied with coming 18th on a very hard stage. So I'm finishing the race with the feeling that I did all I could for the team. I also like to focus on the positives: I trained hard before the race, and my form has really improved a lot as a result. I think that our season in Europe will be more successful thanks to us having completed this race so early in the season and also having trained hard before the event." 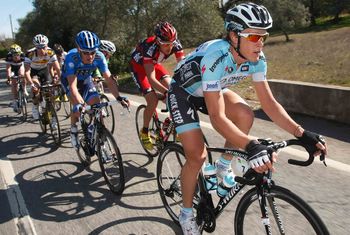 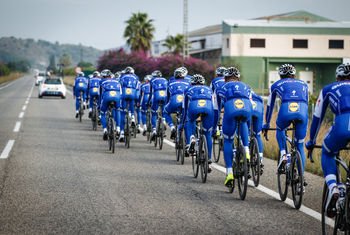 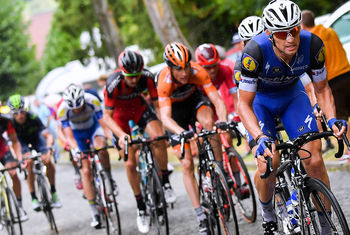 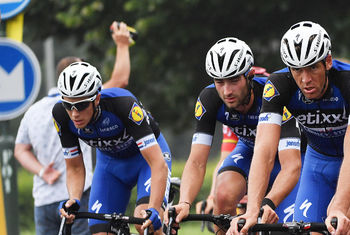 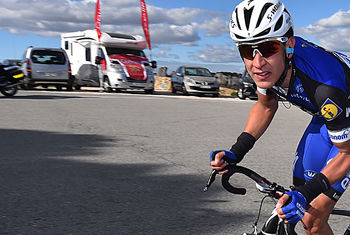