Last week, you sent us on Twitter your questions for Petr Vakoč. After getting them, the Czech champion – winner of three races this season – selected the best 10 and replied to them.

– Who is your all time hero in sports? @FollowCycling19

Jaromir Jagr. He is one of the best ice hockey players of all time: Olympic Champion, World Champion and a two-time winner of the Stanley Cup.

– I remember you said once that you love to read. Do you still have time now? And what's the last book you read? @motorcycleMTNS

I still read a lot; last book I read was "El Principito" (The Little Prince), because I wanted to practice my Spanish.

– What is the fastest speed that you've ever hit on a bike? @Jessy8387

It was 99 km/h, last year, in my first race of the season, the Dubai Tour.

– What is your favourite race? @overmel

The Ardennes Classics, because I love the hard races with short and steep climbs.

– What do you like the most: one-day races or Grand Tours? @kurt_thys

Definitely, one-day races. They are special in more than one way, with their tough and action-packed parcours, hectic racing and iconic climbs.

– You were living in France at the beginning of your career, do you have some French riders as friends? @Nico076

My teammate Julian Alaphilippe is one of my best friends and we often room together during races. And then there are a couple of my former teammates in the pro peloton.

– What Czech cuisine would you recommend? ‏@sen_nsj

All of them are pretty good, although I get to eat them only during the off season. Most of them do not fit a healthy lifestyle. But one exception I make and my all year favorite is garlic soup.

– What's the most important part in order to be successful with your training? @DanSonday

It's very important to listen to your body all the time and to adapt the training, nutrition and the rest of things accordingly to it.

– Which riders did you look up to as a kid? @Sibirn

Tom Boonen. He made a big impression on me since the first time I got to watch him on TV: it didn't matter that he was riding over the Paris-Roubaix cobbles or going for the Tour de France sprints, he was always there, coming on the top.

– What's your biggest goal for this season? @VerdeBroto

I would like to make the selection for the Tour de France and the Olympic Games in Rio de Janeiro and do a good race in both. 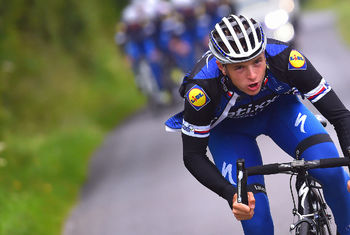 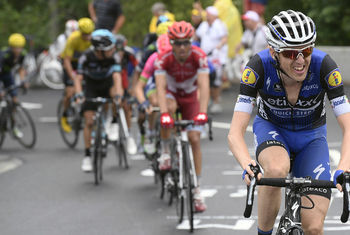 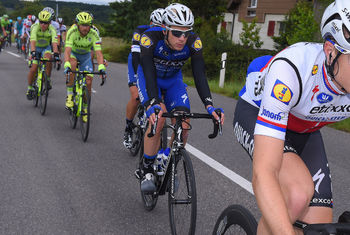 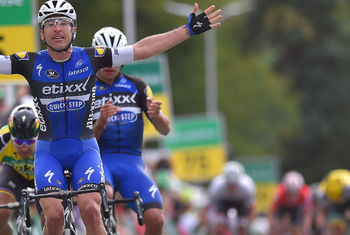