Runner-up at the previous edition, the Frenchman won again the most difficult stage of the Tour of California and claimed the yellow jersey.

Unlike the previous years, the queen-stage of the US race was scheduled much earlier at this edition, on the third day of competition, but had an identical outcome with the one of 2015: Julian Alaphilippe – the young rider of Etixx – Quick-Step – came out on top after displaying again his superb climbing skills, this time on the steep Gibraltar Road, a 12-km long ascent averaging 8%, which hosted a finish for the first time since the race was created.

The final was an action-packed one, with several riders attacking from the severely reduced peloton once the day's break came to an end. Neilson Powless (Axeon Cycling) was the first to open the hostilities and stayed solo at the front for three kilometers, before being joined by Peter Stetina (Trek-Segafredo) and Lachlan Morton (Jelly Belly). Together, the three established a lead of 20 seconds, until Stetina decided he's better by himself and distanced his companions. Once the flamme rouge loomed on the horizon, Julian Alaphilippe – who looked comfortable and confident as the peloton was charging up the climb – made his move and went in pursuit of the riders at the front.

After catching and dispatching Morton and Powless with remarkable ease into the business end of the stage, the 23-year-old French rider made contact with Stetina in the last 800 meters, rode alongside the US rider for a couple of seconds and then powered away, taming the 10% ramps of Gibraltar Road and scoring a convincing victory which saw him jump to first place in the general classification, with a 19-second advantage over Peter Stetina and more than half a minute on George Bennett (LottoNL-Jumbo), who sits in third.

The 11th Etixx – Quick-Step rider to take a victory since the start of the season, Julian was delighted with the outcome of Tuesday's tough stage, especially as the Tour of California is his first race since concluding the Ardennes campaign, three weeks ago. To top it off, his performance completed the perfect day of the team, which now leads both the Giro d'Italia and the Tour of California.

"I'm really happy, because it's my maiden victory of the season. It was a nervous stage, as the tension was building up ahead of the last climb and everyone was waiting for the right moment to try something", said Julian, who last year won on Mount Baldy. "The goal at the start of the day was to be in a good position in the final kilometers and I was there thanks to the hard work of my teammates, who protected me throughout the day. I felt good, left it late to attack and from then on put in a strong effort. Now I'm in yellow, which is great, and I'm prepared to take things day by day." 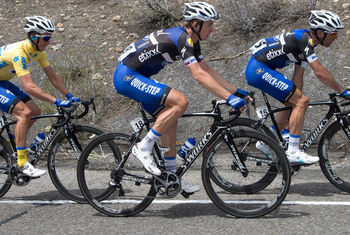 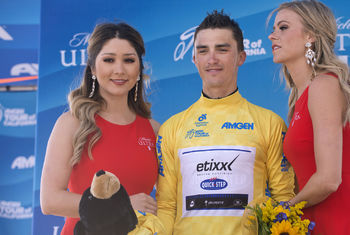 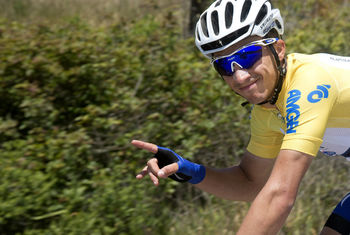 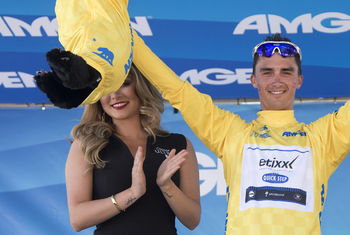 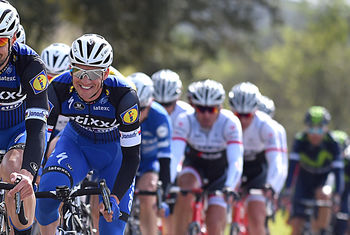