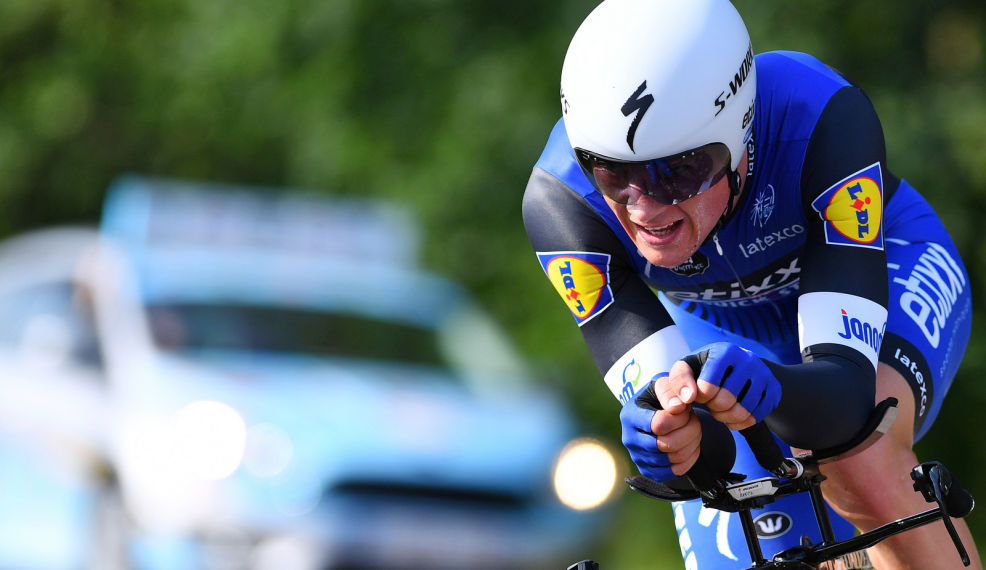 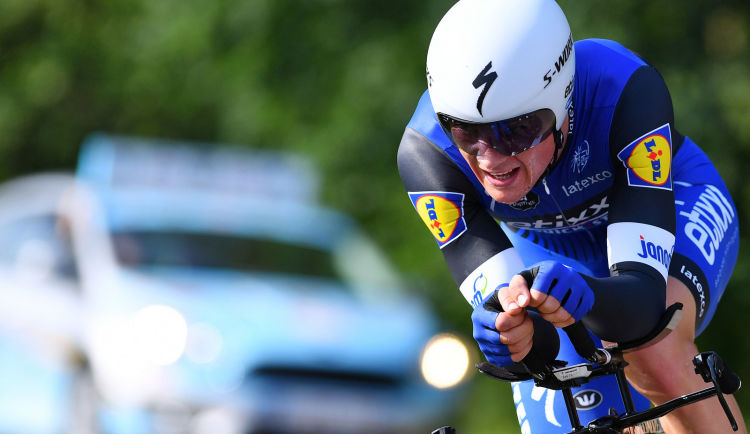 The Belgian came second in Postel, while Petr rounded out the podium in the Czech Republic for the second year in row.

Last week, Yves Lampaert was part of the Etixx – Quick-Step team for Tour de Suisse, and besides helping the likes of Fernando Gaviria and Maximiliano Richeze on the flat, the 25-year-old also showed his form was improving in the time trial, an encouraging sign before the National Championships, where his goal was to take the victory, after coming second at the previous edition.

Last rider to set off on the 38 km course in Postel, Yves recorded the fastest time at both intermediate checkpoints and was on course for getting his maiden win of the year, but unfortunately had to settle with the runner-up spot, just three seconds behind winner Victor Campanaerts (LottoNL-Jumbo). Besides Lampaert, Etixx – Quick-Step had two more riders in the top 10, neo-pro Laurens De Plus (7th) and Julien Vermote (9th).

"I had a fast start and after 15 kilometers I held back a little, before going really fast again. It was really warm out there and such conditions hit your body hard. The parcours suited me and I came here after working hard in the past weeks, especially as I wanted to make up for missing the Spring Classics campaign. To finish second hurts a little, as it was a big chance to finally take the victory, but I hope to return here next year and have another shot", Yves said right after the finish.

Also on Thursday afternoon, but in the Czech Republic, Petr Vakoč managed to come into the spotlight and notch up his third podium of the season. Held around Hodonin, on a 50-km long route, the individual time trial race wasn't an easy one, but 23-year-old Petr – who is poised to make his Tour de France debut next week – left it all on the road and concluded the event in third position, just like in 2015, behind new champion Leopold König (Team Sky) and Jan Barta (Bora-Argon 18).

For Petr, victorious in three races this season, this was his best result of the year in an individual time trial, one which bodes well ahead of the road race scheduled on Sunday: "It was a very tough ITT, in which I had a strong start and finish, but struggled in the middle, as I still felt some fatigue from the Tour de Suisse. I wanted to win, and even though in the end I came on the podium, I am satisfied with my performance, because I made some big improvements in this area and it all paid off, as I was much closer to the first place than 12 months ago."