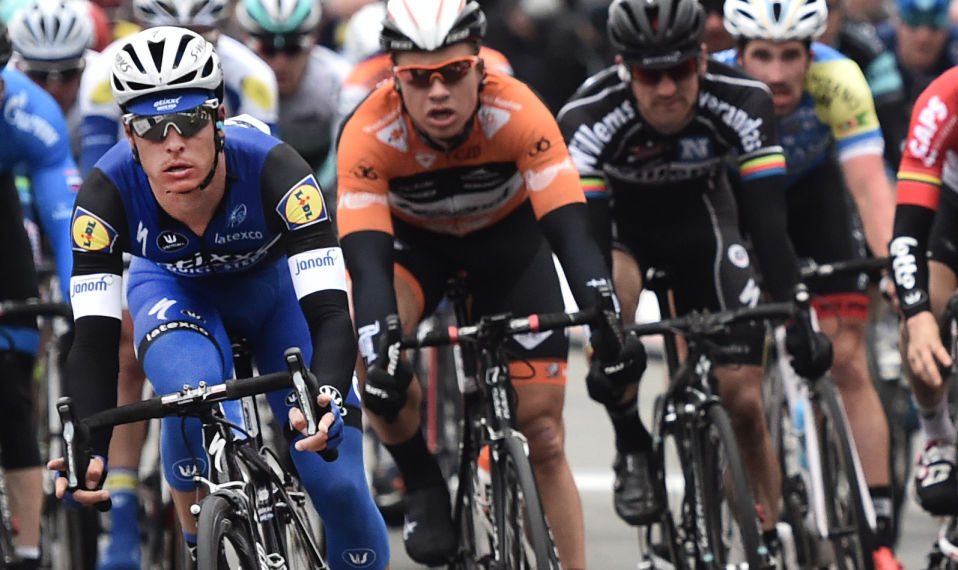 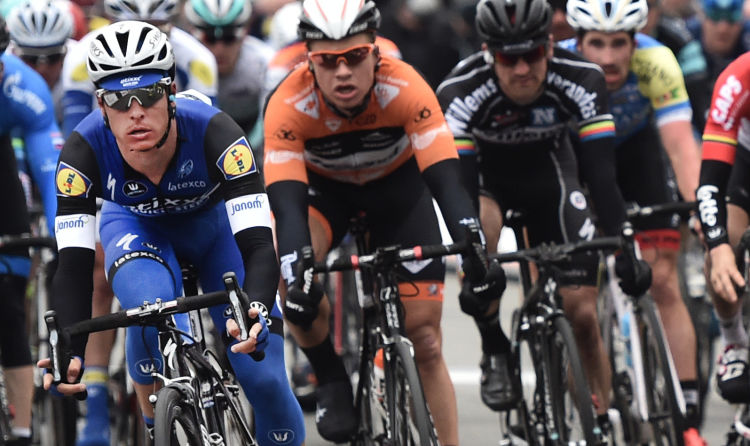 Etixx – Quick-Step dominates the general classification, with four riders in the top 10.

Stage 3 of Vuelta a Burgos had a very hectic start, which saw the peloton cover 47 kilometers in the first hour. Yanto Barker (ONE Pro Cycling), Giacomo Berlato (Nippo-Vini Fantini), Jesus Del Pino (Burgos-BH), Jochem Hoekstra (Giant-Alpecin) and Eneko Lizarralde (Euskadi) pulled clear a few moments after the start and quickly put a minute between them and the chasers, stretching out that advantage to 2:40 on the 198-km long course which included three categorized climbs and a fast downhill to Villarcayo, which was returning to Vuelta a Burgos for the second consecutive year.

The final climb – a third-category one – wasn't the toughest of the race, but was still feasible for an attack, and Alberto Contador (Tinkoff) tested the water, launching an acceleration to which only three riders had a response. Among them was also Giro d'Italia stage winner Gianluca Brambilla, and the quarted managed to open a 15-second gap on the pack, staying at the front over the top and then on the descent until the final 12 kilometers, when they were caught by the fast-charging peloton, which worked hard in order to see the stage end up in a bunch sprint.

Helped by an excellent Yves Lampaert, who brought him in a good position with around 600 meters to go after safely negotiating two tricky corners, Gianni Meersman nabbed another podium in the Spanish event – Etixx – Quick-Step's third in as many days – behind Danny Van Poppel (Team Sky) and Jean-Pierre Drucker (BMC), thus jumping to fourth place in the GC, just three seconds behind race leader Dmitriy Gruzdev (Astana). Besides him, the team has five more riders in the top 15 – Lampaert, David De La Cruz, Brambilla, Pieter Serry and Maxime Bouet – and their presence is sure to give our outfit plenty of cards to play in the final two days, which will take the race to Lerma, respectively Lagunas de Neila. 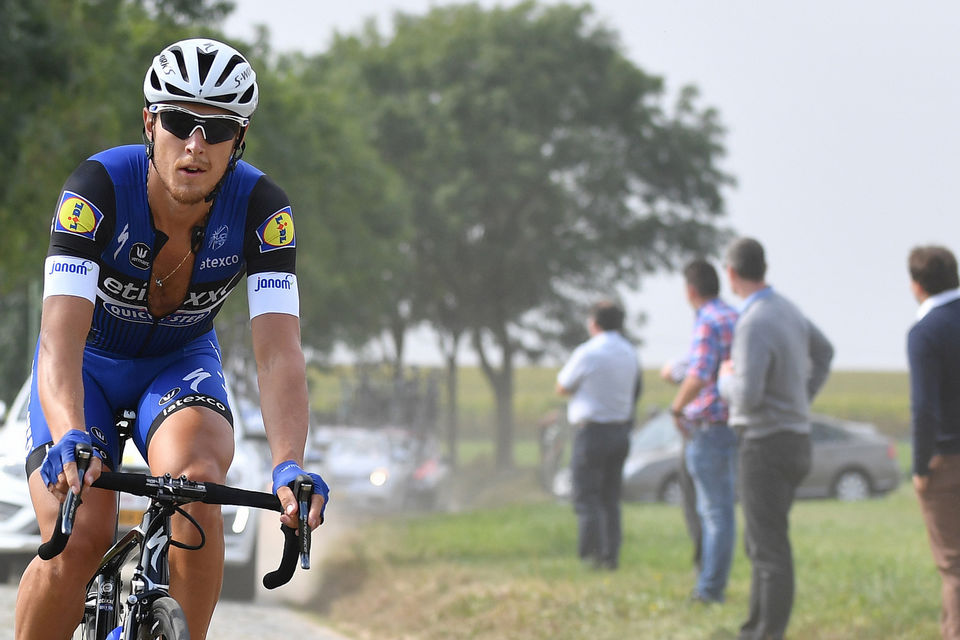 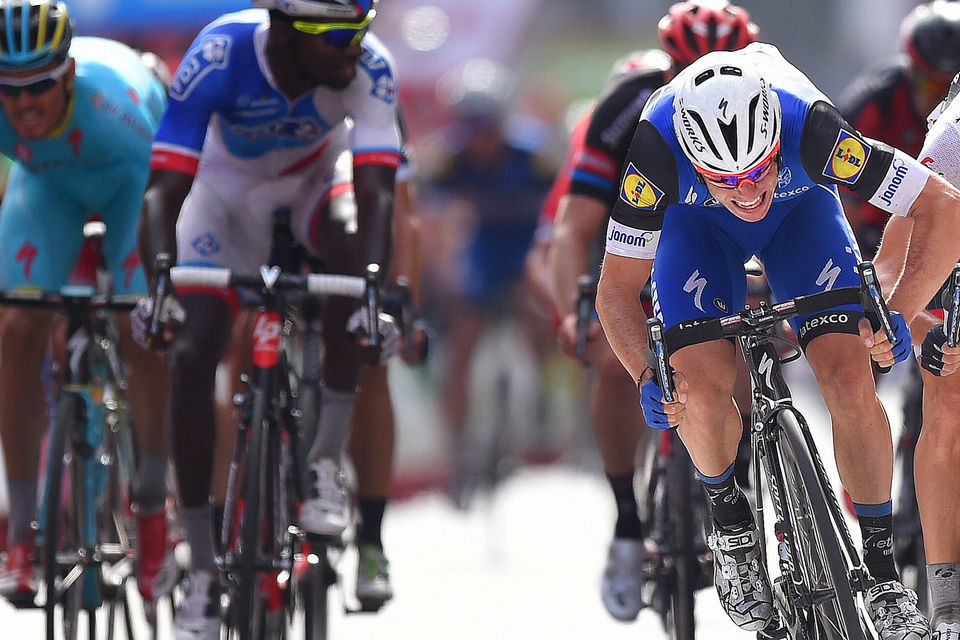 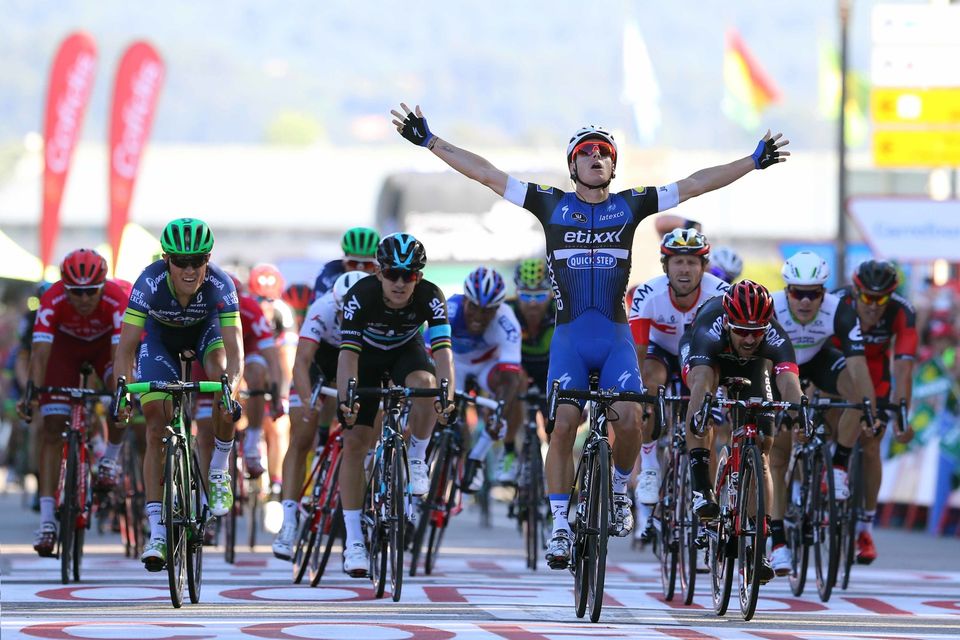 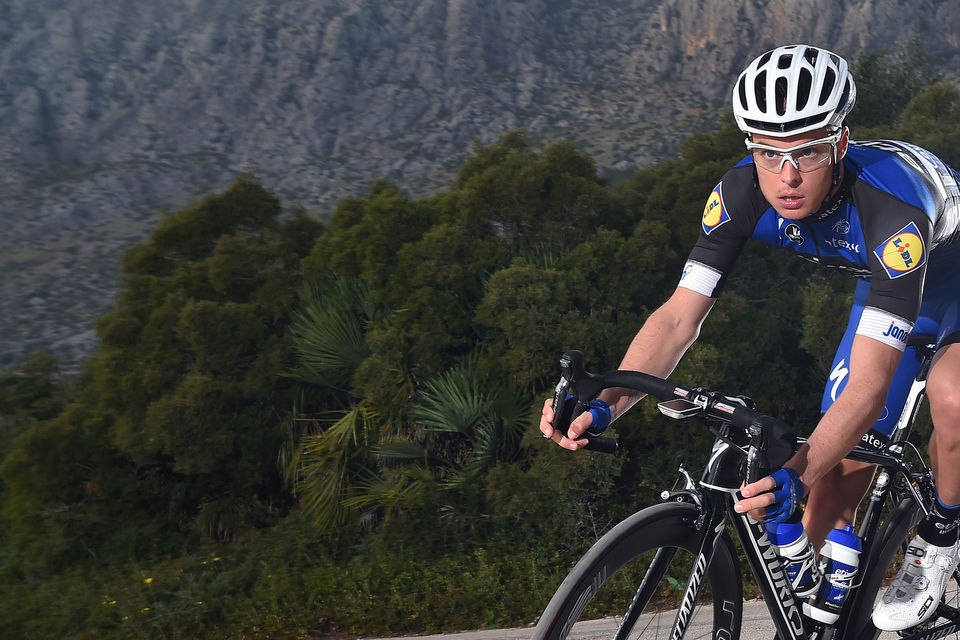 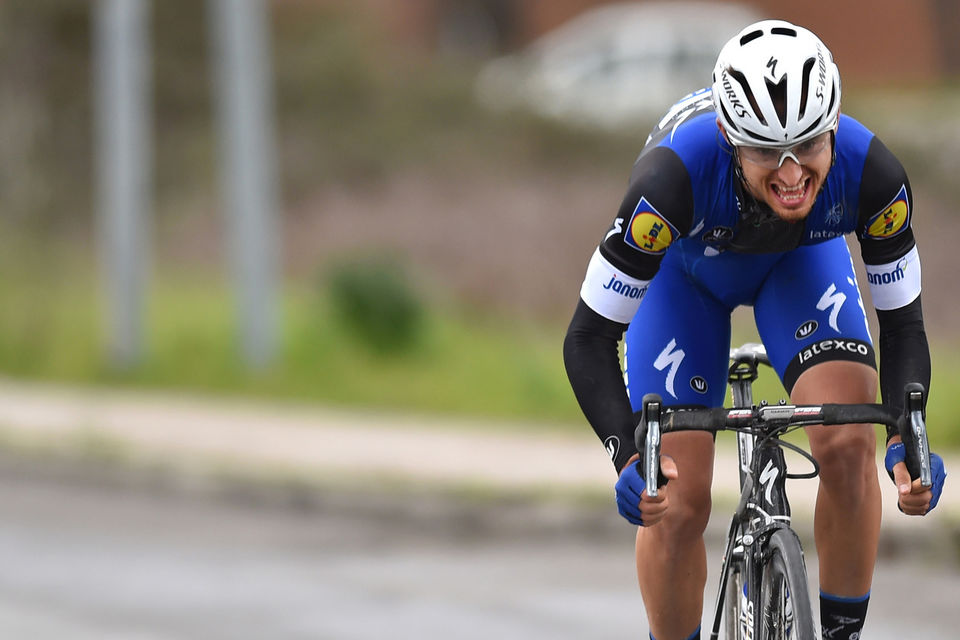 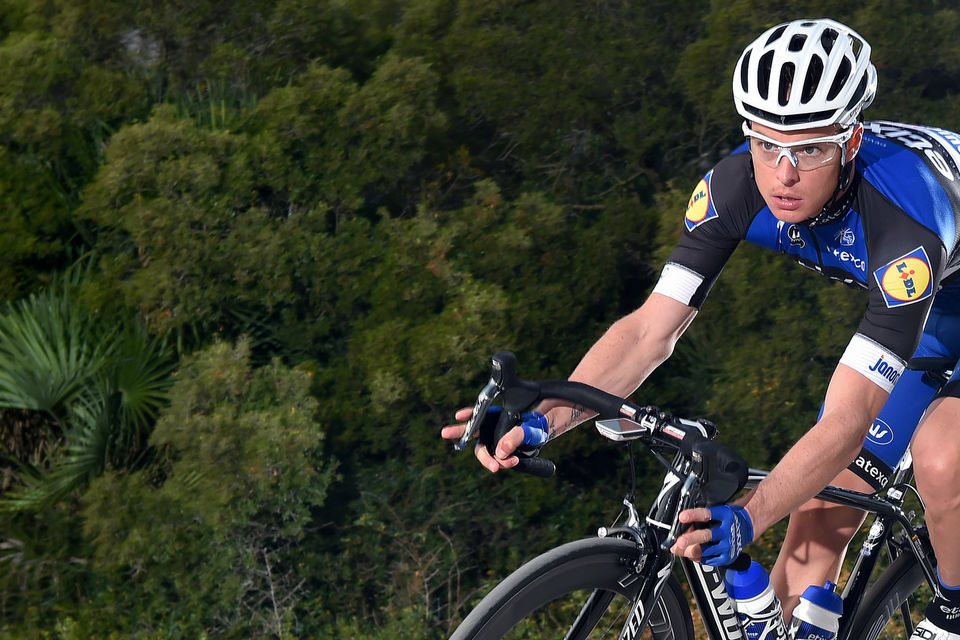 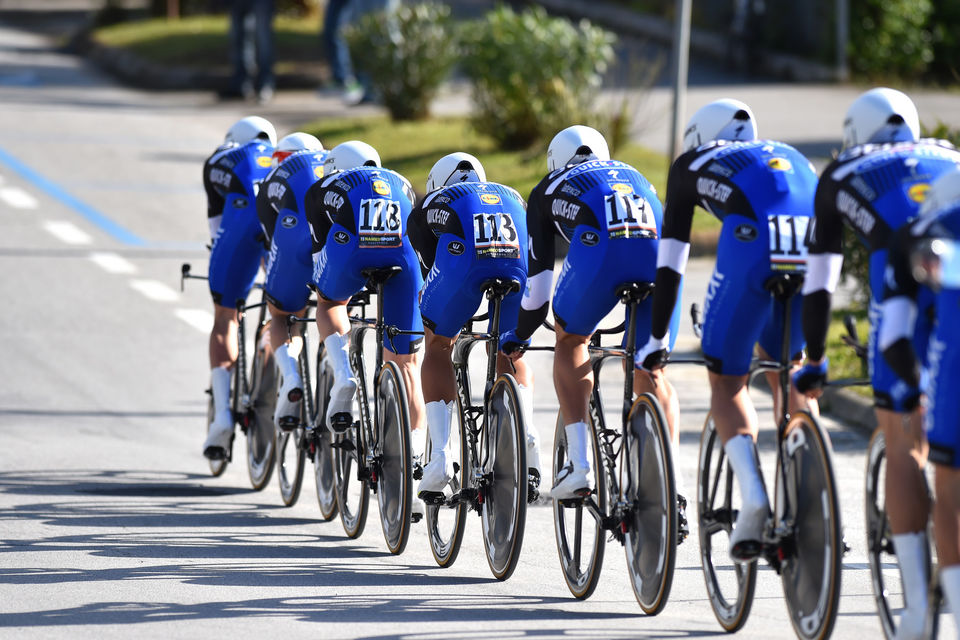 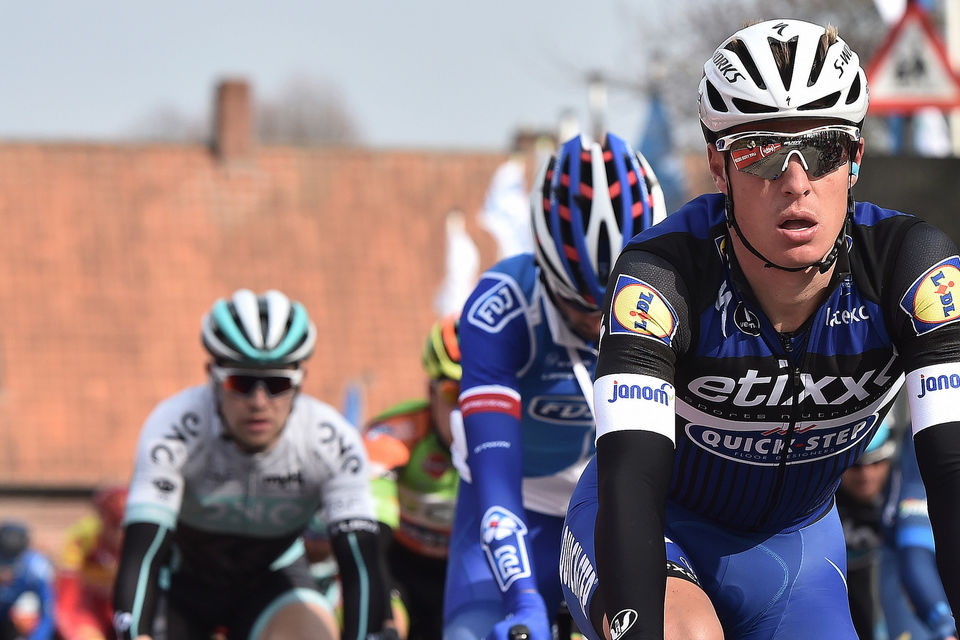