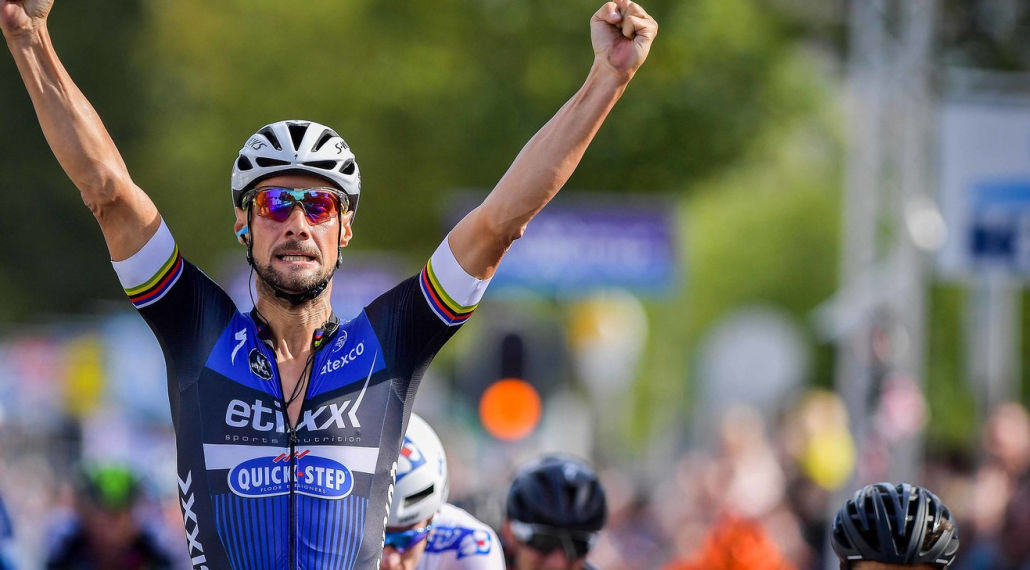 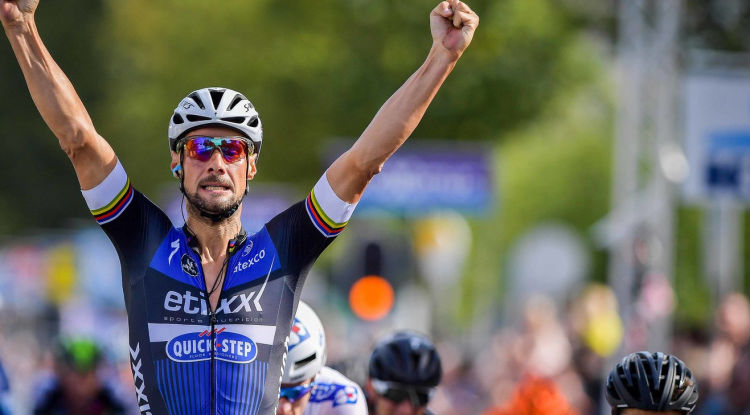 A masterful sprint propelled the 35-year-old to his second career victory in the Belgian one-day race.

Since extending his contract with Etixx – Quick-Step in July and announcing that he'll put an end to his career after next year's Paris-Roubaix – a race with which he identifies since turning pro – Tom Boonen is enjoying a true Indian summer, which saw him claim three important wins so far: RideLondon Classic, stage 1 of the Tour de Wallonie (which got him two days in the yellow jersey) and Brussels Cycling Classic, one of the oldest races in the calendar, where he already triumphed, back in 2012.

Having 13 hills jammed in the 200-km long course between Jubelpark and Heysel, the former Paris-Brussels race got off to a furious start, with things settling down only once eight riders got away from the bunch. The race was marked as being one for the sprinters, but this didn't discourage the attackers, who came into the spotlight several times during the day, making things difficult for the teams who wanted a bunch gallop. Etixx – Quick-Step was one of these squads and as consequence controlled the escapees and the late attackers with firm hand.

In the second half of the race, our team was at the pointy end of the peloton, trimming the leadof the riders up the road, before eventually making the catch in the final hour. Alexis Gougeard (AG2R) and Filippo Pozzato (Willier-Southeast), played all their cards with a late move, but a well-oiled Etixx – Quick-Step team made sure of not giving any of them too much space, so the race came back together in the closing kilometer.

Excellent guided by his teammates and ideally placed in the final 400 meters, Tom Boonen launched his sprint early, after a strong lead-out of Nikolas Maes, and despite having Arnaud Demare (FDJ) and Nacer Bouhanni (Cofidis) on his wheel, he kept both French riders at bay and crossed the line victorious, after a demonstration of wit and raw power.

"I am very happy for getting this win, the team did a perfect job throughout the day and provided an excellent lead-out in the final kilometer. The race was a fast and frantic one, with many attacks and narrow roads, but I am really satisfied of how things went", said Tom Boonen after bagging Etixx – Quick-Step's 46th victory of the year.

"Yesterday, I talked with Marcel and asked him if he's ok with me going for the sprint and he agreed. On top of that, he also helped me today, so chapeau to him! When Nikolas started his lead-out, FDJ came to the front on the right side of the road, so I decided to go. It was a little bit too early, but I kept something for the last 150 meters, when I pushed 100%. It wasn't easy, but it's really great to win again here. This victory bodes well for the next races of the season and for the World Championships in Qatar", a beaming Tom concluded. 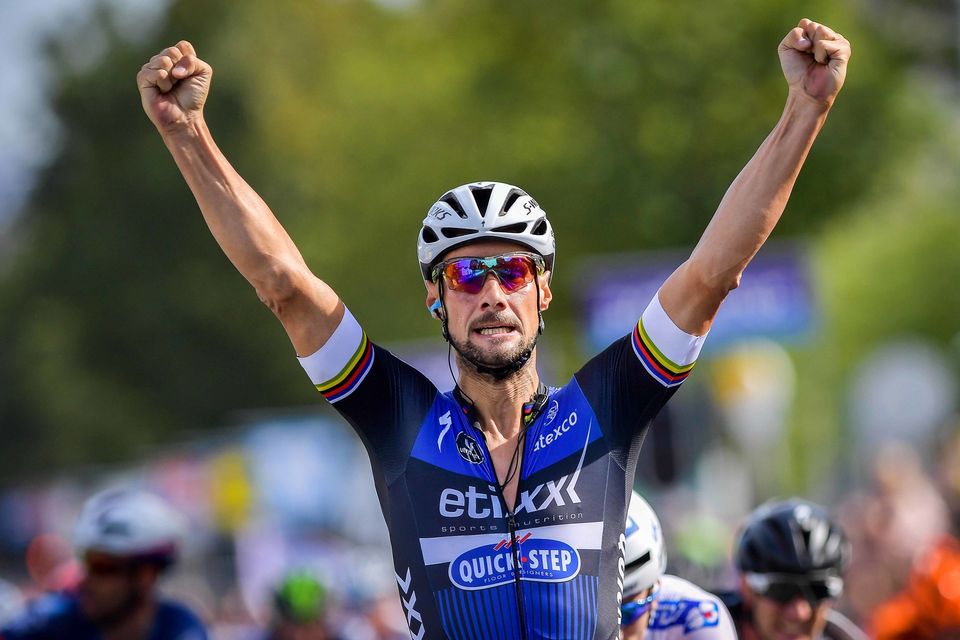