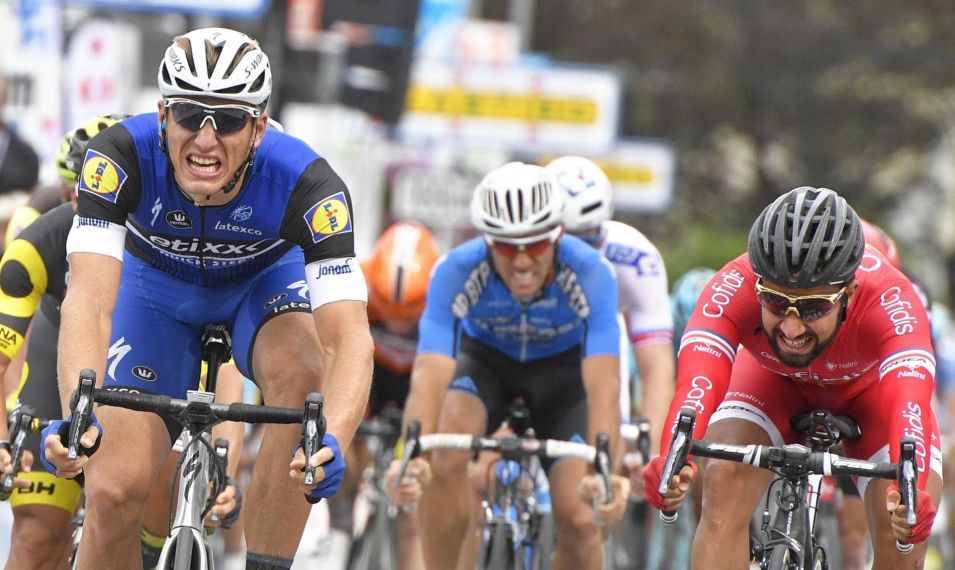 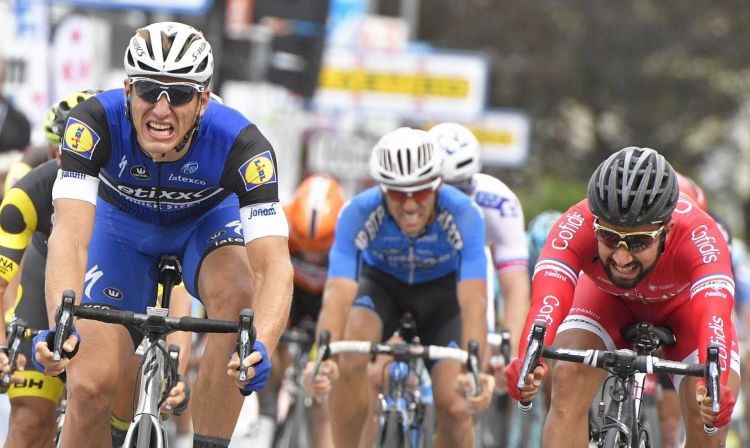 Etixx – Quick-Step's perfect week-end continued in France, where the German stormed to his 12th victory of the season.

Marcel Kittel returned to winning ways, one day after helping Tom Boonen take the honors in Brussels Cycling Classic, by roaring over the line victorious in the Grand Prix de Fourmies, one of the most important races in the Coupe de France calendar. Following a flawless display of his Etixx – Quick-Step teammates, who controlled the breakaway and made sure of setting him up for the final kilometer, the 28-year-old defeated two home riders, Nacer Bouhanni (Cofidis) and Bryan Coquard (Direct Energie), for his 12th success of 2016, a year which saw Marcel celebrate wins across six different countries.

Held for the first time in 1928, the GP de Fourmies was won by such riders as Jean Stablinski or Eddy Merckx, and continues to attract each year at the start some of the sport's biggest names. On Sunday, the peloton lined out in the north of France for a 205-km long challenging race, which was set to take the riders over a hilly terrain suitable to attackers, whose chances of taking the win increased with the rain that made the day an even more complicated one.

The day's breakaway consisted of five men, who had a maximum advantage which didn't exceed five minutes. In the final 50 kilometers, the gap went tumbling down, as the sprinters' teams were determined not to miss this chance, and the adventure of the quintet came to an end with less than 15 kilometers to go. The sprint was a highly contested one, but supported by a great Etixx – Quick-Step squad – who drilled the pace and handily placed him at the front – Marcel Kittel rolled across the line first, out-kicking all his opponents.

"It was another hard day in the saddle, with harsh weather conditions and a tough course, and that's what makes this victory even more special. Racing twice in a week-end isn't easy, but I'm content with how things have panned out for me and the team, with two victories", Marcel Kittel said following his 12th win of the year. "After working for Tom yesterday, today it was my turn to go for the sprint and everything worked out as planned. The team was great and I must thank the guys for their help! I jumped early in the sprint, but was able to keep the power and this brings me much satisfaction. My confidence is strong, the shape is there and I'm getting better and better with every race I do. This shows that I'm ready for the final part of the season." 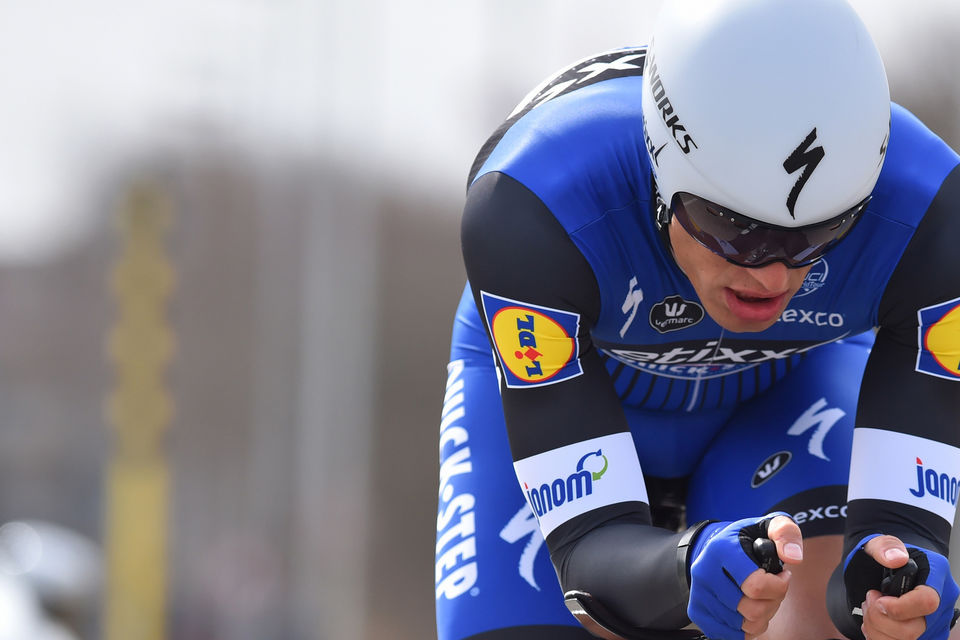 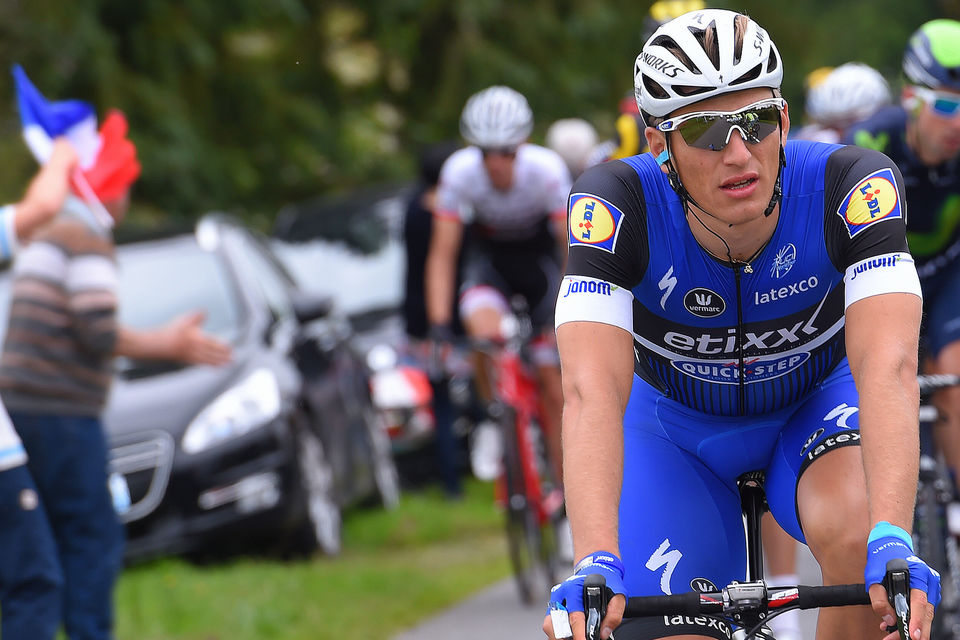 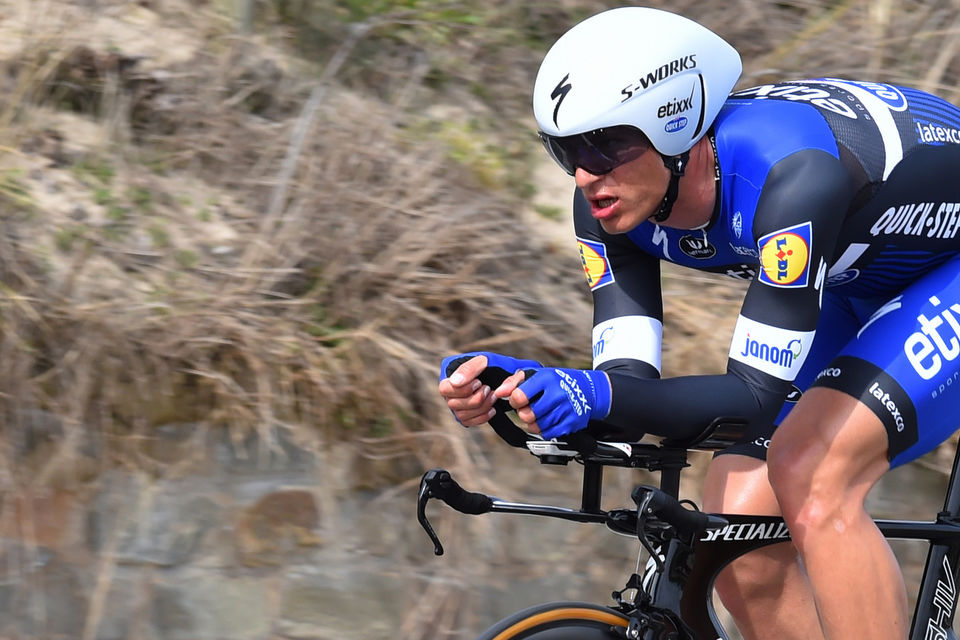 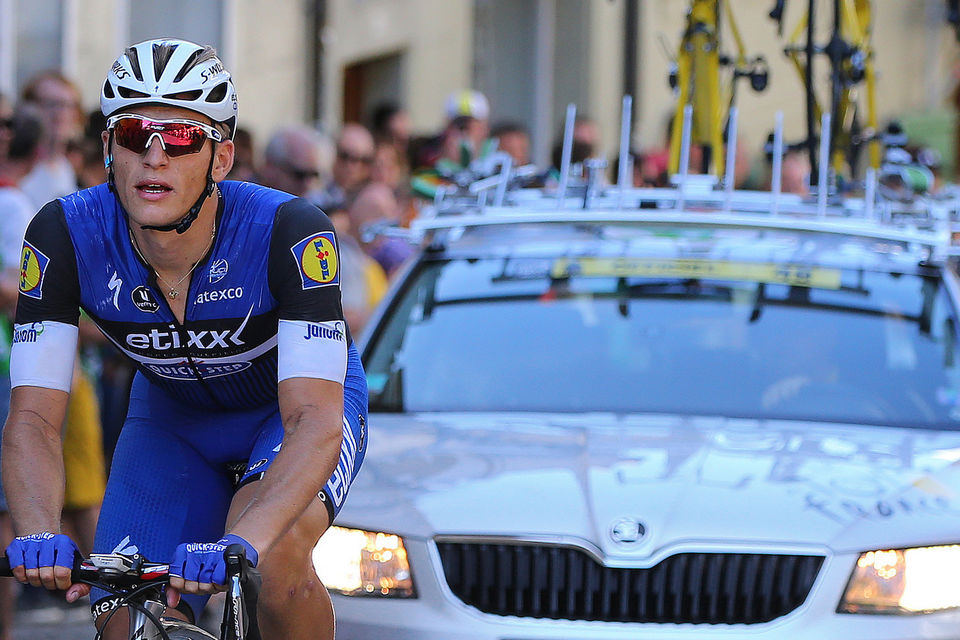 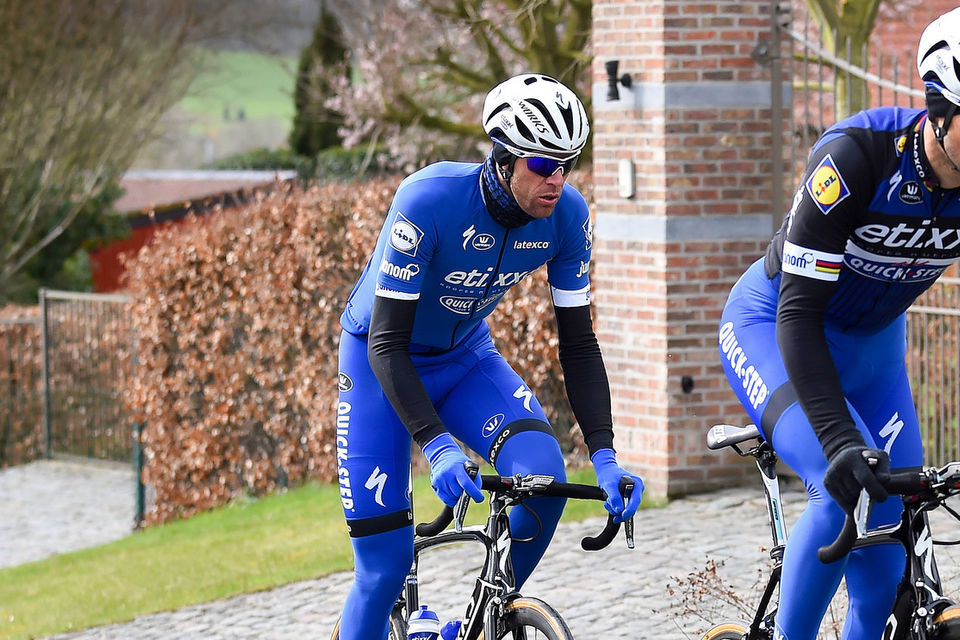 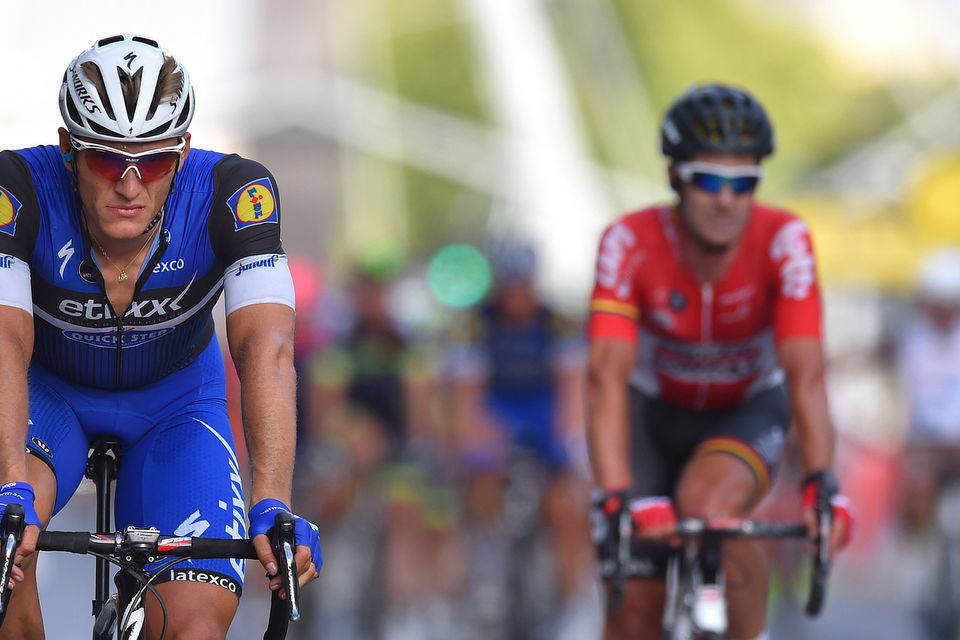