Once again, the Oude Kwaremont – Paterberg combination will be the focal point of the Ronde van Vlaanderen (260.8 kilometers), despite the mythical Muur van Geraardsbergen (1075 meters, 9.2%) returning to the course. For the first time in history, the peloton will roll out from Antwerp, Flanders' largest city, and will get its first taste of the cobbles 84 kilometers from the start, when they will go over the Lippenhovenstraat sector, followed shortly by the 2.3km-long Paddestraat.

After the riders will leave behind the first 110 kilometers of the race, 18 steep and tough climbs will follow in succession; besides the aforementioned ones, other iconic hills – such as Leberg, Berendries, Tenbosse, Koppenberg or Taaienberg – are set to feature on the route to Oudenaarde, all having the potential to make or break dreams and plans.

In the past 15 years, Quick-Step Floors built an astonishing palmares at Ronde van Vlaanderen, as the team managed by Patrick Lefevere won the prestigious event five times in addition to four other podium places, results which make it one of the most successful outfits in the event's history. For the 101st running of Flanders, Quick-Step Floors will be again motivated to shape up the race and leave its mark on the result sheet of the Belgian Monument.

This year's edition of Ronde van Vlaanderen will be Tom Boonen's final outing at the race which will forever be linked to his first Monument win, back in 2005, following a beautiful solo attack launched inside the final 12 kilometers, when he took all his opponents by surprise. Since then, two other triumphs followed, one in the rainbow jersey (2006) and one at the first edition which used the Oude Kwaremont – Paterberg combination (2012), making Tom one of the only six riders to finish victorious on three occasions at Vlaanderens Mooiste.

Despite not riding Ronde van Vlaanderen since 2012, Philippe Gilbert is no stranger to the roads and cobbles set to feature at Sunday's race. A two-time podium finisher at De Ronde (2009, 2010), the 34-year-old Belgian Champion showcased his form in the past week, notching runner-up spots at Dwars door Vlaanderen and E3 Harelbeke, before racking up a spectacular confidence-boosting solo win on the opening stage of Driedaagse De Panne-Koksijde.

Iljo Keisse, Dwars door Vlaanderen victor Yves Lampaert, Zdenek Stybar, Niki Terpstra – the only Dutchman in the past decade and a half to place on the podium here – Matteo Trentin and Julien Vermote will add depth, experience and firepower to the Quick-Step Floors team lining out in Antwerp this Sunday for one of the toughest one-day events of the calendar.

"We are heading to the race with a strong team. The guys proved over the past weeks that they are ready for this challenge. It's no secret how important Flanders is to our team, but we are also aware we will face some stiff competition. Sagan and Van Avermaet are the two favourites, but we will try to ride an aggressive race and play a role in the finale. The most important thing will be to stay focused, don't make any mistakes, give our best and don't have any regrets at the end of the day", said Wilfried Peeters, one of the squad's sport directors at Ronde van Vlaanderen. 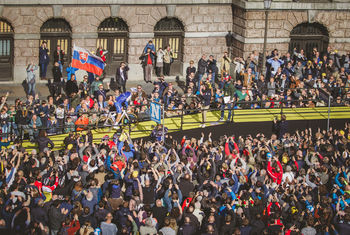 RVV - Inside the team 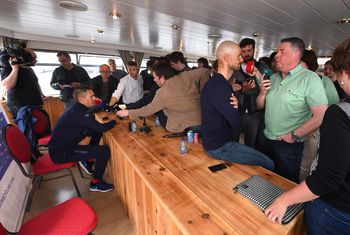 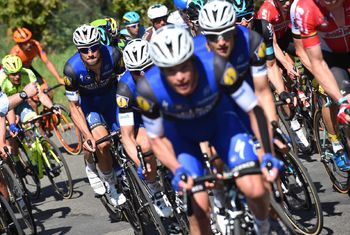 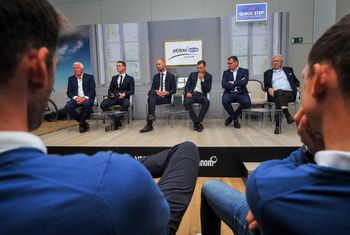 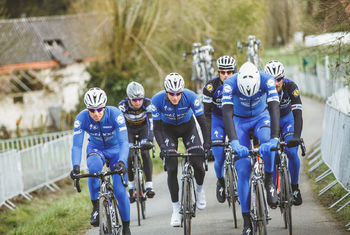