Brutal day at the Giro d’Italia

Blockhaus, which made its return to the race after an eight-year hiatus, led to some huge margins in the general classification.

The second summit finish of the Giro d'Italia was supposed to take the riders up the Blockhaus, a fierce climb visited only five climbs in the past, but never before from this side. The ascent, averaging 8.4% over 13.6 kilometers, came after 176 fast and furious kilometers, which saw 12 riders open a maximum gap of four minutes over the bunch, among those to snap the elastic being also Iljo Keisse, who featured in the breakaway for the second consecutive day.

The chase was led by Movistar, who brought down the gap and reeled in the escapees with around 20 kilometers to go, not long before disaster struck in the peloton, as a stationary moto caused a huge crash which took several riders to the ground, including Pieter Serry, who fortunately was left unscathed and could continue stage 9.

Same Spanish team put down the hammer on the early slopes of Blockhaus, forcing an important selection and putting many riders on their limit. Bob Jungels was among the ones to lose contact on the double-digit gradients of the Abruzzo ascent and decided to pace himself to the finish, where he arrived 3:30 down on Nairo Quintana, who took the victory and the pink jersey.

Now, ahead of the race's second rest day, the Luxembourger is 12th in the general classification, while teammate Fernando Gaviria, winner of two stages in the first part of the Corsa Rosa, continues to stay at the top of the points rankings.

Quick-Step Floors sport director Davide Bramati gave his take on this stage at the top of Blockhaus: "This was the hardest climb of the Giro d'Italia and we knew it was going to be difficult for Bob to defend the maglia rosa. The climbers' teams hit bottom of the ascent at a really high speed and because of that high pace many riders suffered. Very likely, yesterday's crash took its toll on Bob. Just to be clear, we aren't going for any excuses, but crashing and hitting your knee is not ideal ahead of such a hard stage."

The race will resume on Tuesday with a 39.8km-long individual time trial between Foligno and Montefalco, and Bramati believes that stage could have a big impact on the overall standings: "Bob did his best today and remains motivated for the weeks to come. As we said before the start of the Giro, we will make a first assessment after the time trial. It's going to be another hard stage, but we are confident." 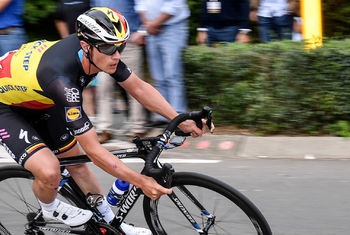 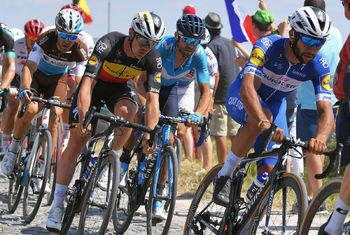