The Italian was once again one of the main actors in the final World Tour race of June.

Quick-Step Floors helped Matteo Trentin snatch another top-3 finish at the Tour de Suisse, this time on the last road stage of this edition which will end on Sunday with a testing individual time trial, taking the team's tally at the race to three podiums.

The 146 riders still in the race set off from Schaffhausen knowing an eight-lap circuit which included one climb, Alpenstrasse, was there to make up for an action-packed day with full gas action right from the start. Four riders slipped away from the bunch, but with the stage being just 100 kilometers in length, the bunch weren't willing to give them too much space, so the gap hovered around two minutes for most of the stage, before they were eventually reabsorbed.

With two kilometers remaining, Quick-Step Floors took the front, fracturing the peloton with its hard tempo and amassing a lead-out train for Matteo Trentin, who opened his sprint in the closing 200 meters and took third on the day, behind Peter Sagan (Bora-Hansgrohe) and Sacha Modolo (UAE Team Emirates). It was Quick-Step Floors' 61st top-3 finish of the season, a performance unmatched by any other squad. 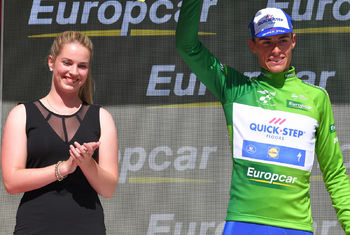 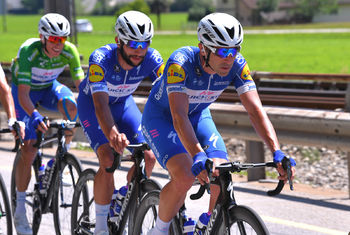 Third podium for Gaviria at the Tour de Suisse 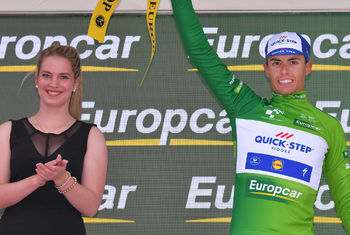 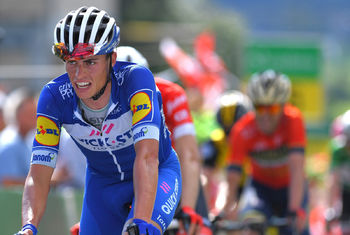