Marcel Kittel is in a league of his own at the 104th Tour de France and he doesn't miss any opportunity to show this. After Liège, Troyes and Nuits-Saint-Georges, the powerful German left an indelible mark also on Bergerac, a pittorresque town on the Dordogne river, which witnessed Marcel's 13th stage success at the Tour de France, one that catapulted him straight into the history books.

Despite not having Matteo Trentin anymore in the ranks, after the injured Italian had to leave the race on Sunday evening after coming outside the time limit in the brutal stage 9, Quick-Step Floors kept on a leash the two-man breakaway which took off early on the day, Julien Vermote's unrivalled labour ensuring that Elie Gesbert (Fortuneo-Oscaro) and Yoann Offredo (Wanty-Groupe Gobert), who never had more than five minutes in their hands, got caught inside the final seven kilometers.

New Zealand National ITT Champion Jack Bauer didn't hold anything back when it came to bringing the Quick-Step Floors train to the fore, before Zdenek Stybar and Fabio Sabatini stepped in and escorted Kittel into the final kilometer. The experienced Italian lead-out man dropped Marcel with 500 meters to go and the points classification leader patiently waited for his rivals to make the first move in the headwind, before majestically coming out of Dan Mclay's slipstream at 63 km/h and coasting to his fourth victory, ahead of John Degenkolb (Trek-Segafredo) and Dylan Groenewegen (LottoNL-Jumbo).

"It's incredible to win four stages at a single edition of the Tour de France and it means a lot for me to achieve this fantastic feat. When I began my career, I was dreaming about becoming a professional, but I never expected something like this. I never race for records, but I must admit that having 13 Tour de France stages to my name is really special. I never felt better, I'm in good condition and all these things give me confidence, and that confidence, together with the team's hard work and dedication, carried me again to victory", said an emotional and elated Marcel Kittel, who broke Erik Zabel' 15-year-old record and became the most successful German rider in terms of stage wins at the Grande Boucle.

The German had words of praise for one of the race's most hard-working riders, the unbelievable Julien Vermote, who so far has spent nearly 1000 kilometers at the front of the bunch, making sure no breakaway succeeded on the flat stages: "What Julien is doing is absolutely incredible. He's showing the world how strong he is, physically and mentally. Riding in front of the peloton, keeping the same speed and tightly controlling the escapees, it may look simple, but it isn't, so hats off to him."

For the third time in his career, Marcel Kittel has won four stages at a single Tour de France edition, his latest success edging him closer to a maiden triumph in the points classification. With ten days left between Bergerac and Paris, where the race will conclude, the Quick-Step Floors fast man – who now has more Tour de France victories than the likes of Gino Bartali or Mario Cipollini – holds a commanding 102 point-gap over the closest rival in the green jersey standings. 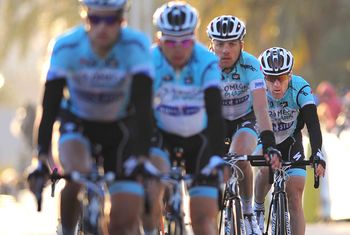 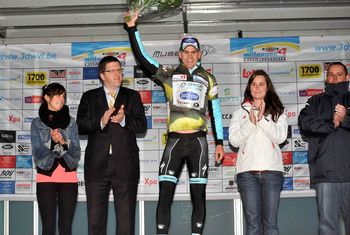 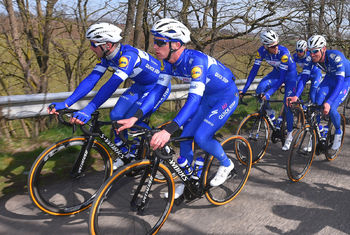 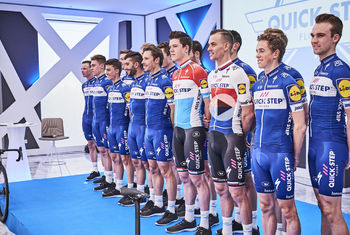