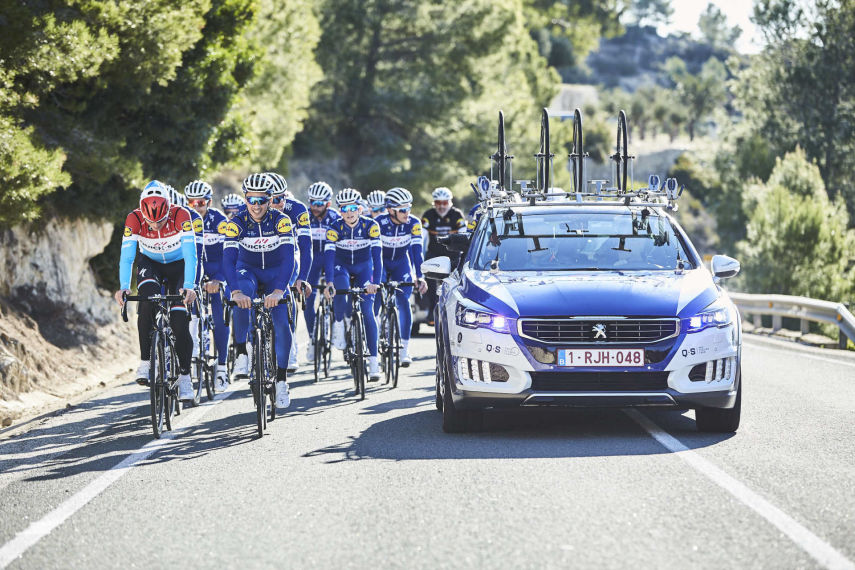 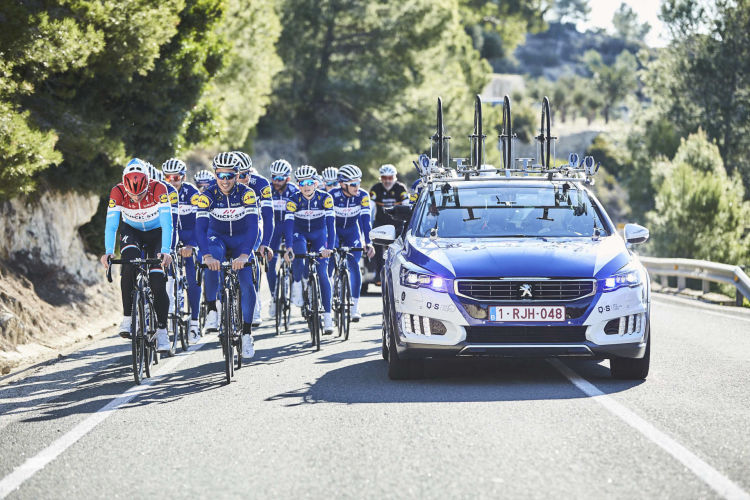 Team CEO Patrick Lefevere outlined the squad's goals ahead of its 16th season, while the main riders of the team shared their personal ambitions.

Quick-Step Floors – the team that has amassed the most victories for the sixth consecutive year in 2017 – has presented its roster for this season, consisting of 27 riders, including four neo-pros. Suitopia Hotel in Calpe played host to the ceremony, Tuesday afternoon, when in front of more than one hundred guests (team sponsors and journalists), Patrick Lefevere, the manager of Quick-Step Floors, talked of his expectations for the new season that will start in just a few days, in Australia's Tour Down Under, and which he hopes to bring many memorable moments for the team, keeping in line with the outfit's tradition of leaving their mark on the calendar's most revered races. 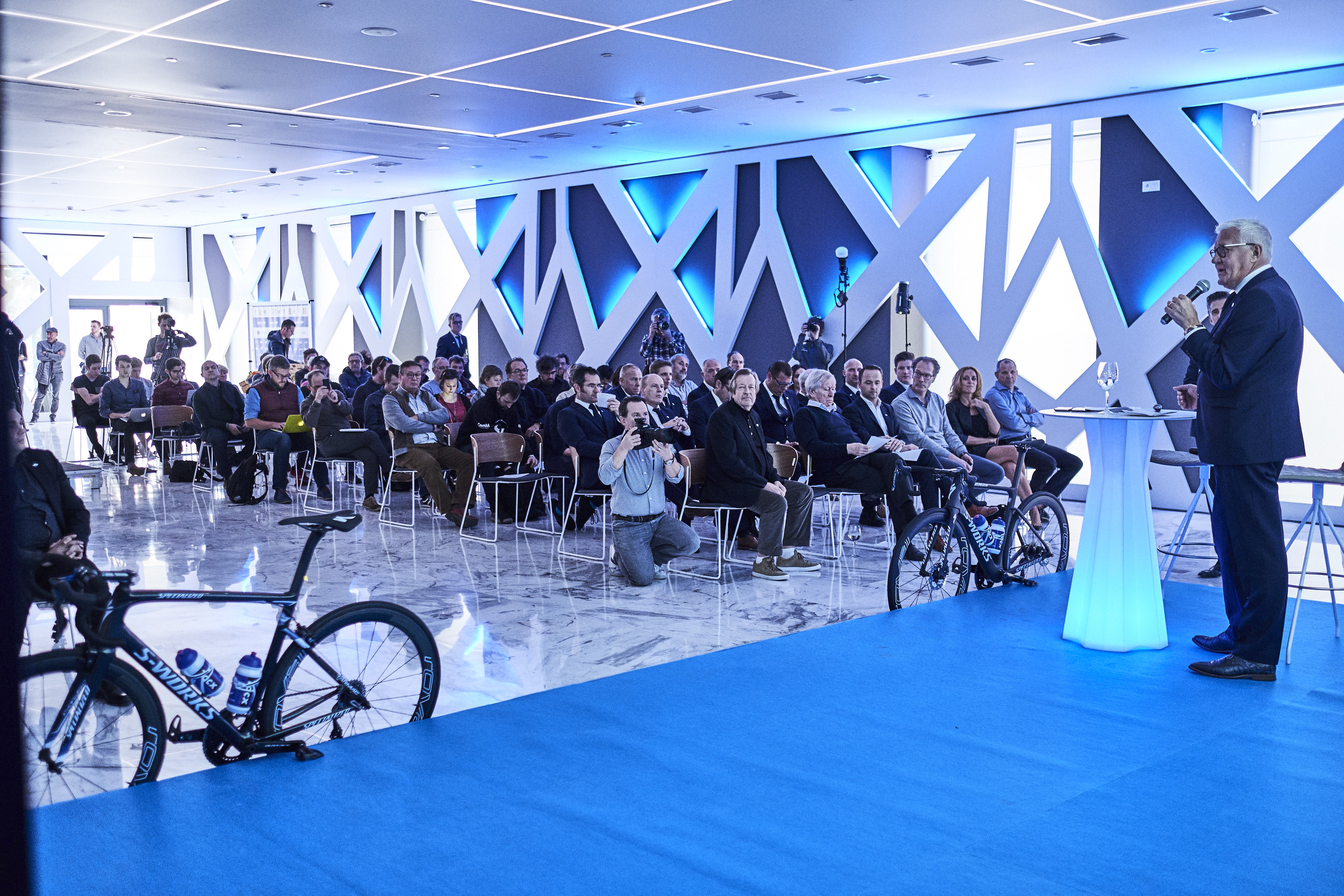 "Last year it was an amazing one, truly fantastic, thanks to our great riders, staff and, of course, our sponsors, who I'm very happy to have here, by our side. We are very well aware it will be difficult to replicate the feats of 2017, but we will strive to do good this season. Obviously, we have a very young team, but that's because we invest in the future. The next generation is coming strong from behind – I'm talking here of riders like Julian, Bob or Fernando – and they need to show they can be leaders. Of course, we have expectations also from the experienced guys, who we are confident that can still have a say and bring us many joy and satisfactions. Overall, we are looking forward to this season!"

A star in the making, 25-year-old Julian Alaphilippe will be one of the riders to watch in 2018, a season he will start in South America, at the inaugural edition of Colombia Oro y Paz. 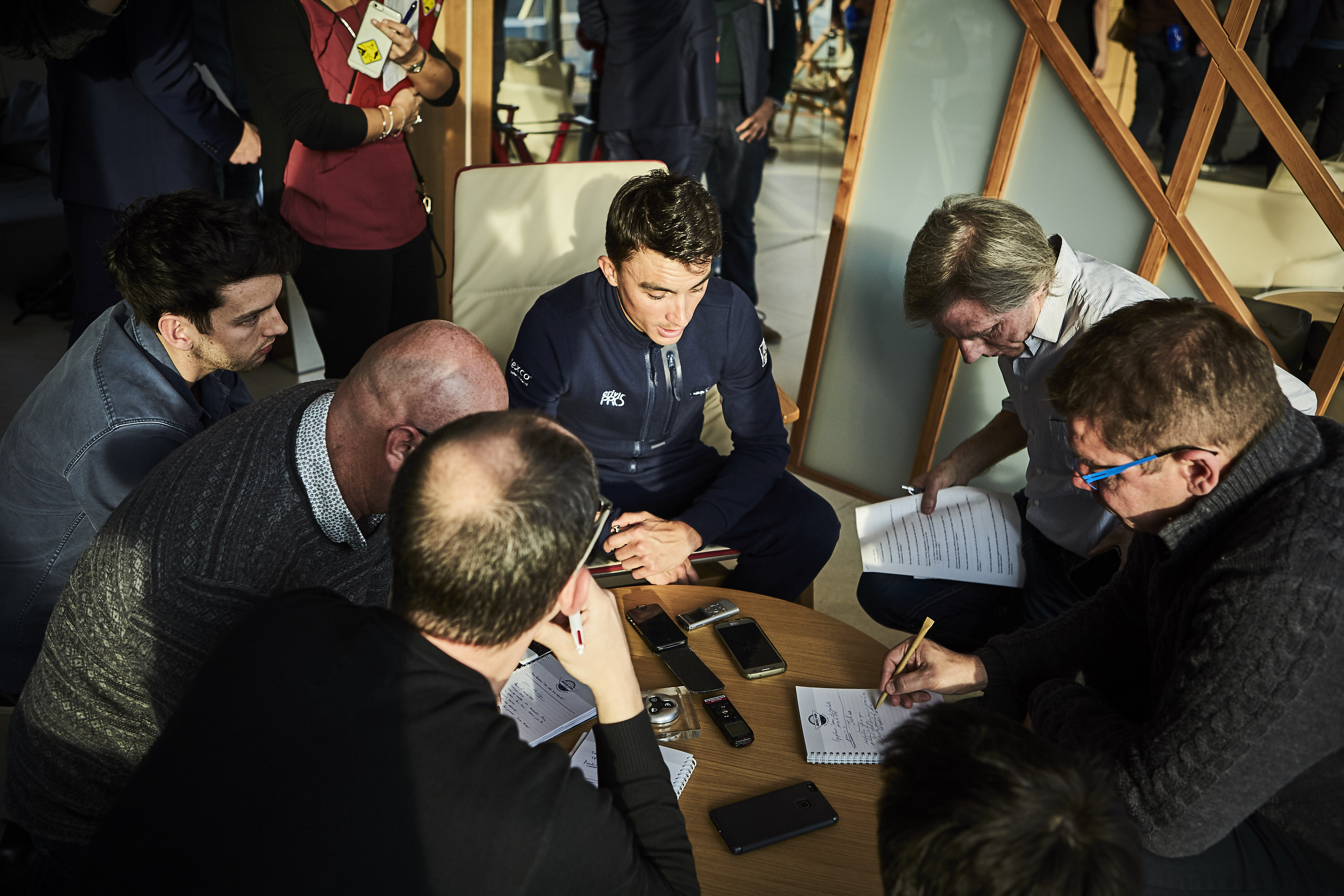 "2017, despite the knee injury, was still my best one since turning pro and that made me happy. I am motivated to be even better, to be calmer and make less mistakes in the races. Quick-Step Floors' goal is to win the biggest events of the calendar and if in one of these I won't be at the front, then you can be sure I'll work for my teammates who have a chance of winning."

Asked which race he would like to add to his palmares this season, the charismatic Julian said with a wry smile:

Why it has to be just one race? I want to be at the top for a long time and leave my imprint over many Classics and also stage races.

Since joining Quick-Step Floors, Bob Jungels has made an important leap in quality, twice winning the best young rider jersey at the Giro d'Italia and Tirreno-Adriatico and also setting several landmarks for the Luxembourg cycling along the way. This year, the 25-year-old will take a different approach, one that will see him focus on the Tour de France, where he'll make his first outing since 2015.

"We took the decision to go to the Tour in October, during our first team meeting. I looked over the parcours and noticed that the first ten days are really tricky, but at the same time present some opportunities for our team. It will be nice to be one of the team's leaders there and I'll ride with the hope of doing a good general classification", said Bob, who in his build-up for Le Tour will line up at the start of Tirreno-Adriatico, all three Ardennes Classics and the Critérium du Dauphiné. 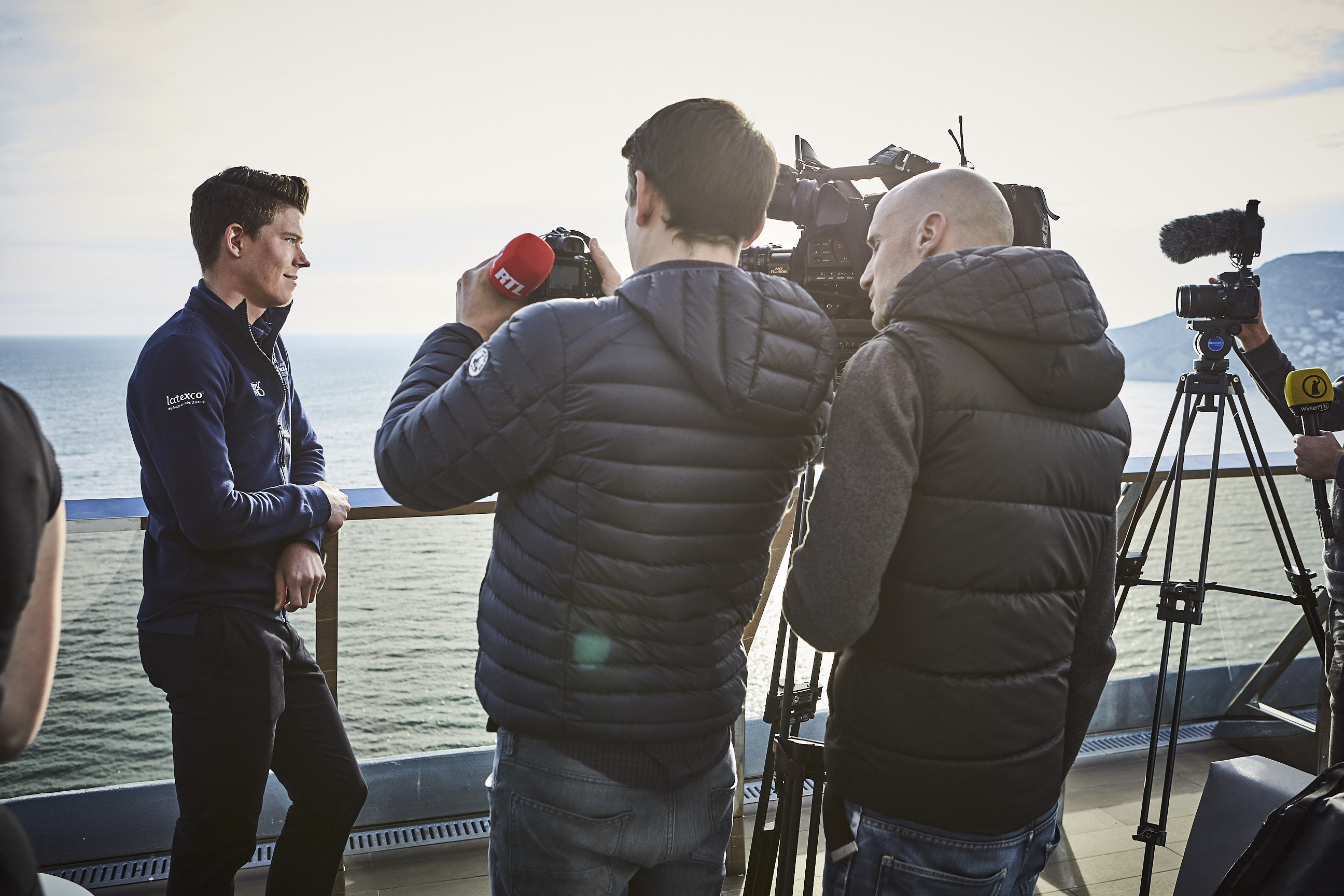 "The Tour de France is a different race, very stressful, particularly this year, with the cobbles and the strong wind, so the plan is to take it one step at a time and see where the race leads me. The Giro d'Italia showed that I can be with the best and now I am ready to prove I am ready to move forward, and the Tour will be the perfect occasion to do that."

After a highly successful 2017 season, which saw him win four stages and the cyclamen jersey at the Giro d'Italia, Fernando Gaviria is set to make his debut this season on the sport's biggest stage, the Tour de France. But 2018 will be about more than the Grande Boucle for the prodigious Colombian, as the 23-year-old was quick to point out.

"It's a new year, and I am motivated to confirm my previous results and build on them. I am keen on working hard and making the most of every opportunity, as I always want to win. I am hoping for a smooth start to the season, so I can arrive in the best possible condition for the Classics. I am excited and eager to ride the cobbled classic, races for which I have a deep love, and then to be 100% fit for the Tour de France. There you can find the highest level in the world, so to race the Tour is a dream come true. It won't be easy, but I hope to come out of the race with a stage win."

Philippe Gilbert – another one of the team's leaders – was undoubtedly one of the stars of 2017, thanks to his Ronde van Vlaanderen and Amstel Gold Race imperious victories, but the Belgian doesn't want to rest on his laurels. 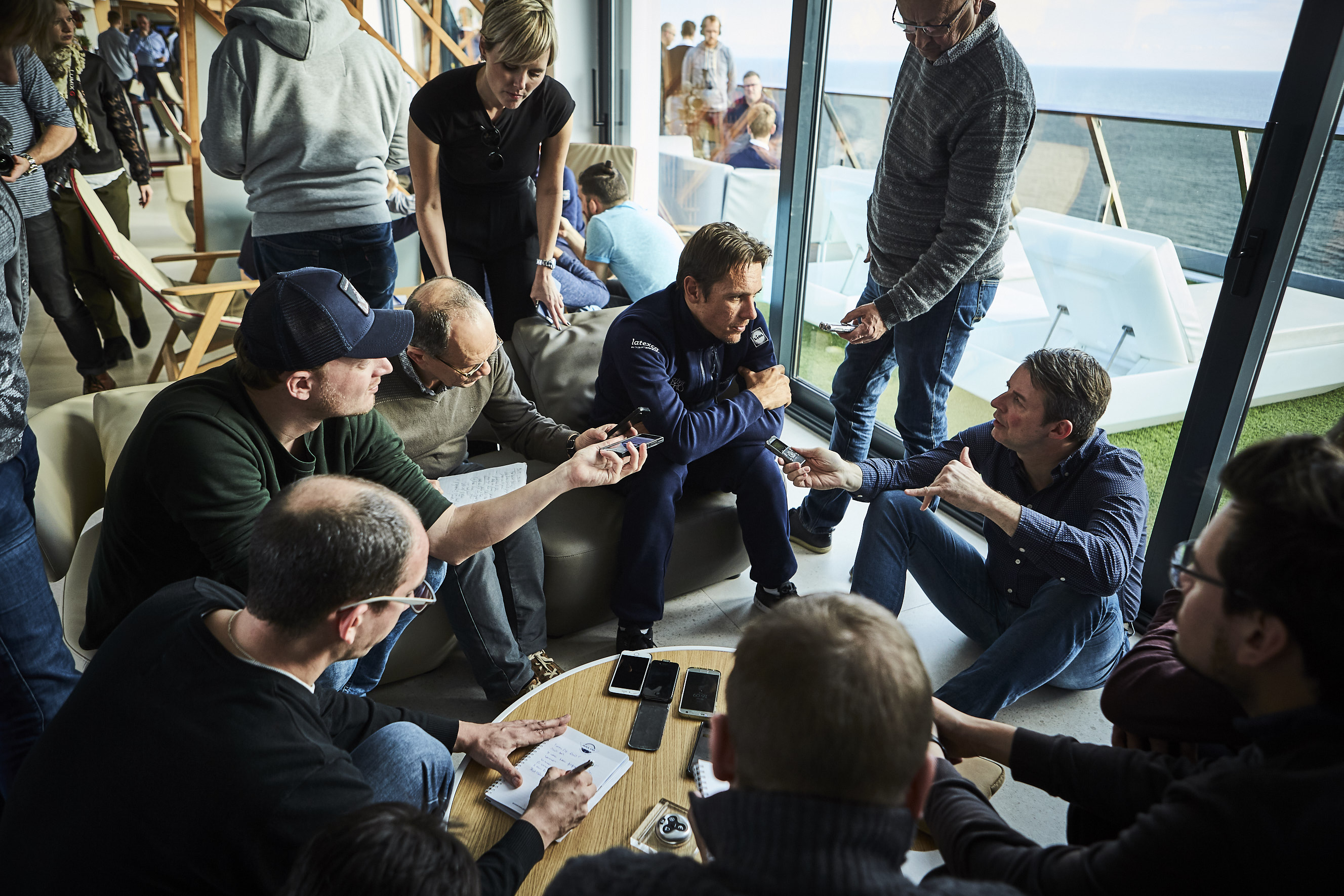 "Flanders was a beautiful moment, but now is a thing of the past. It's a new season with new goals, I feel everything is in its place, so I'm going for Milano-Sanremo and Paris-Roubaix, which isn't a secret to anyone. It goes without saying this won't be easy, because you can be the strongest guy in the race and still lose it, but I'm ready to give it my best. Quick-Step Floors has an aggressive approach to races, which is also my way of racing, so things look promising."

At 35 years of age, Philippe is the oldest rider of the team, and at the same time one of the most decorated in the peloton, with a World Championships title, four Monument wins and several stages across all Grand Tours to his name, but is there any pressure on him as he prepares to kick-start what promises to be an exciting spring campaign?

"Lots of people are asking me this, but there's no pressure at all, I don't feel any burden whatsoever. We have a lot of quality in this group, many riders who are capable of shining and winning big races. For me, the most important thing is to know I gave everything and don't have any regrets at the end of the day."

Zdenek Stybar enters in his eight year with Quick-Step Floors, one that portends many promising things for him; after coming several times close to winning a cobbled classic, the Czech Champion hopes 2018 will finally be the season to break the ice in these races. 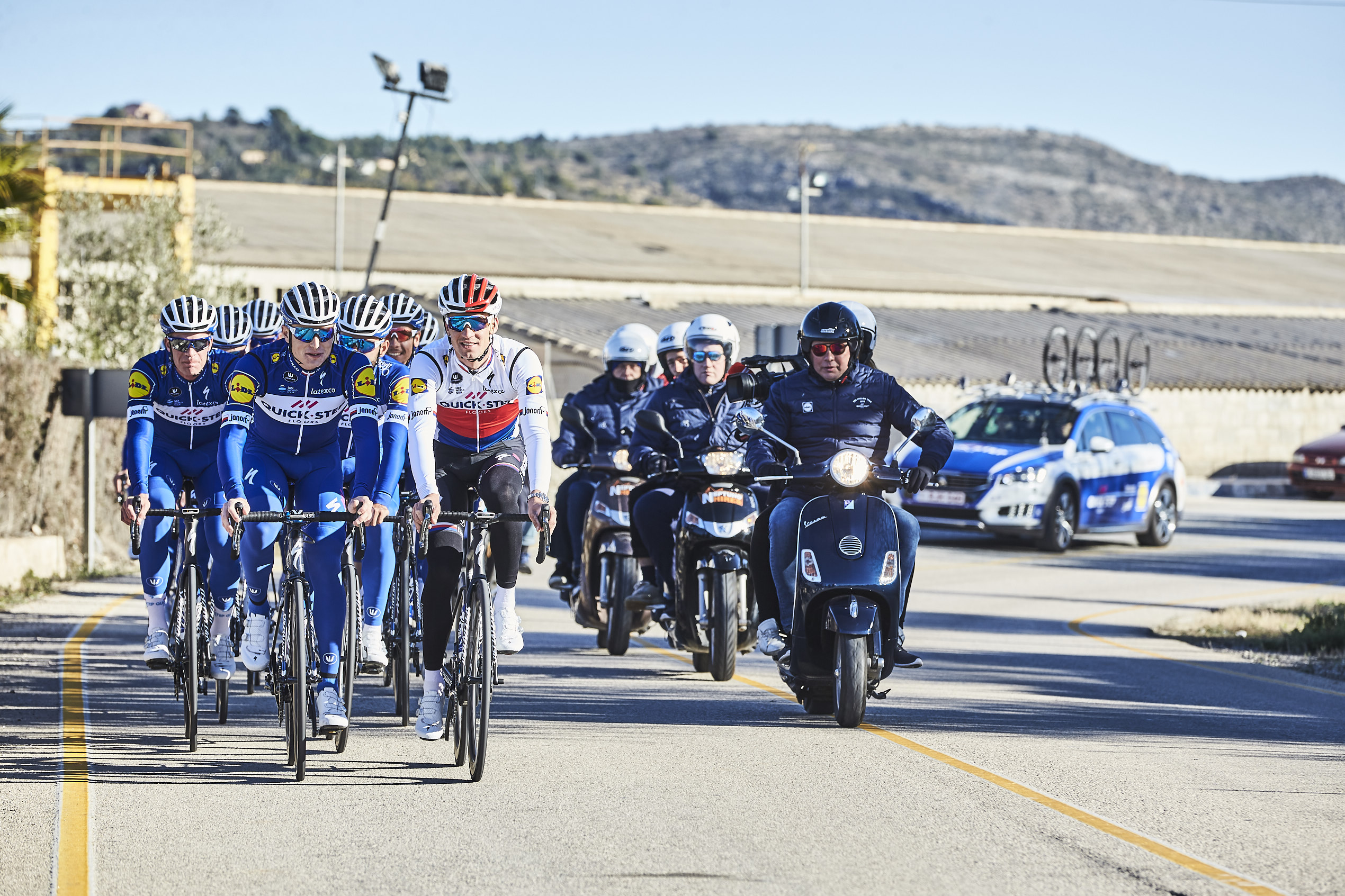 "2017 was a difficult year and I am motivated to up my game. I want to win races. Classics, stages, it doesn't matter, I want to be there and repay the confidence of the team. This winter I worked hard, had a good preparation and I can't wait to get the ball rolling with Omloop Het Nieuwsblad, Strade Bianche and the other Spring Classics, before making my Giro d'Italia debut. I am eager to discover this race and I hope it will prove to be a great experience", explained the 32-year-old, who together with his teammates will stay in Calpe for a few more days, before concluding the team's second pre-season training camp.