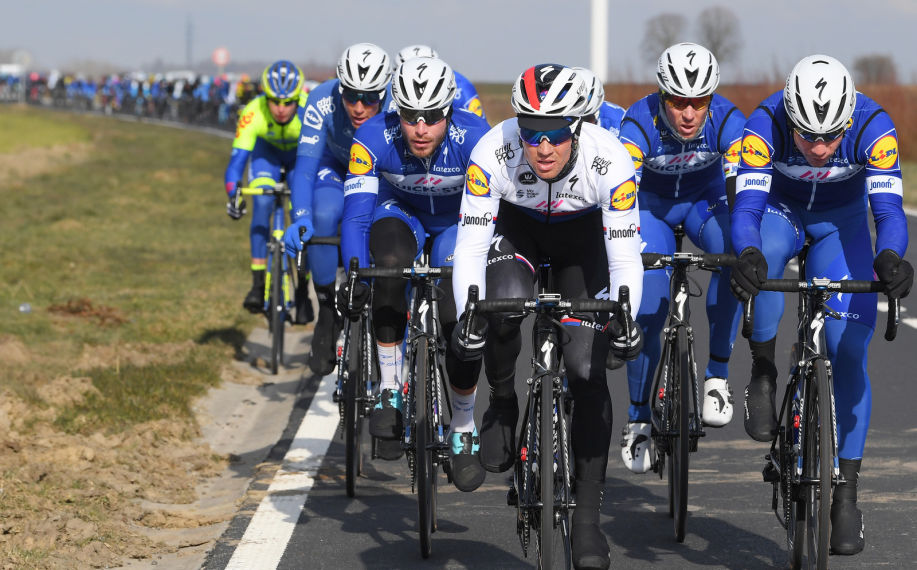 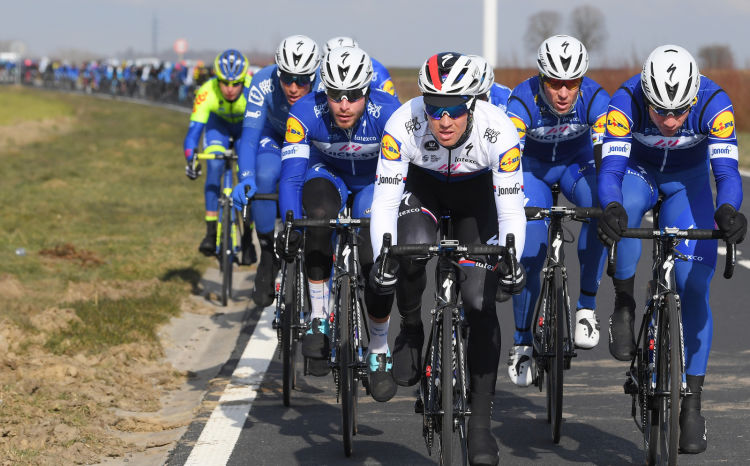 Philippe Gilbert, Zdenek Stybar, Niki Terpstra and Elia Viviani are just some of the riders who'll take on this weekend's races.

In the past 25 years, no other team has been as successful as Quick-Step Floors in E3 Harelbeke, one of the most prestigious cobblestone races on the calendar and a good indicator on the riders' form with one week to go to De Ronde van Vlaanderen. The outfit managed by Patrick Lefevere took five victories at E3 Harelbeke and six other podiums, most recently at the 2017 edition, when Philippe Gilbert came in a close second.

The 2012 World Champion will be again at the start, ready to resume racing six days after a race incident prevented him from getting in the mix in the final kilometers of Milano-Sanremo, the season's first Monument. Two other riders who have finished on the podium of the Belgian Classic – Zdenek Stybar and Niki Terpstra – will also be part of the Quick-Step Floors team for Friday's race, which will be completed by Tim Declercq, Iljo Keisse, Yves Lampaert and Florian Sénéchal, at his first outing for Quick-Step Floors in a classic.

Starting and finishing in Harelbeke, E3 will take the peloton for a trek into the Flemish Ardennes, where 15 hills will season the 206.1km route and make up for some spectacular racing. Last four of these are the Paterberg, Oude Kwaremont, Karnemelkbeekstraat and Tiegemberg, the 1000m-long ascent averaging 6% and topping just 16 kilometers from the finish, which is better known for being the first ever climb used by De Ronde, 98 years ago.

Two days later, Keisse will be replaced by Elia Viviani, the most successful sprinter of 2018. The Italian has clocked up six wins so far, most recent of which came Wednesday, at the Driedaagse Brugge – De Panne, where he got his first European victory of the season. For Viviani, this will be his fourth appearance at Gent-Wevelgem (250.8 kilometers), which this year runs its 80th edition, one that includes no less than 11 climbs, the most iconic being Kemmelberg, a savage hill with 20% maximum gradients and a key strategic point in the race.

"E3 Harelbeke is one of the hardest races in the world, but one without secrets, in which the team tactics will play a major role. We worked hard in the past months to arrive in the best condition for this important time of the year and we want to be up there, not only because it will be a good repetition for Flanders, but also because it's a very important and beautiful race", said sports director Tom Steels, a double winner of Gent-Wevelgem in the '90s. "Concerning Gent-Wevelgem, everything should be decided on the Kemmelberg, but we could have echelons in the second part of the race, and even earlier, after just 50 kilometers. Everybody will look at us knowing we have options for every scenario and we are aiming for a good result, but we'll keep our cards close to the chest."