The Italian confirmed his status as the best sprinter of the 101st edition in Nervesa della Battaglia.

Elia Viviani put in another sprinting masterclass in a nervous Giro d'Italia finish, on his way to becoming the first home rider in five years to take three stages at the race, a performance which adds to what's already been an excellent season so far for the Italian in the jersey of Quick-Step Floors, the most successful team of 2018.

"This is the nicest and the most emotional victory of the three I got. We rode over some roads I knew from when I started my career and which brought back the memories, so this makes today's win even more special", said Elia after the 1250th victory of an Italian at the Corsa Rosa.

Quick-Step Floors rode a flawless race on Friday, controlling the breakaway with the likes of Rémi Cavagna and Eros Capecchi, before sending the latter up the road to counter a late attack from the peloton, just ahead of the Montello climb, which 33 years ago was used on the route of the World Championships. That move forced other teams to chase both the group and the escapees, who were reeled in over the top of the ascent. 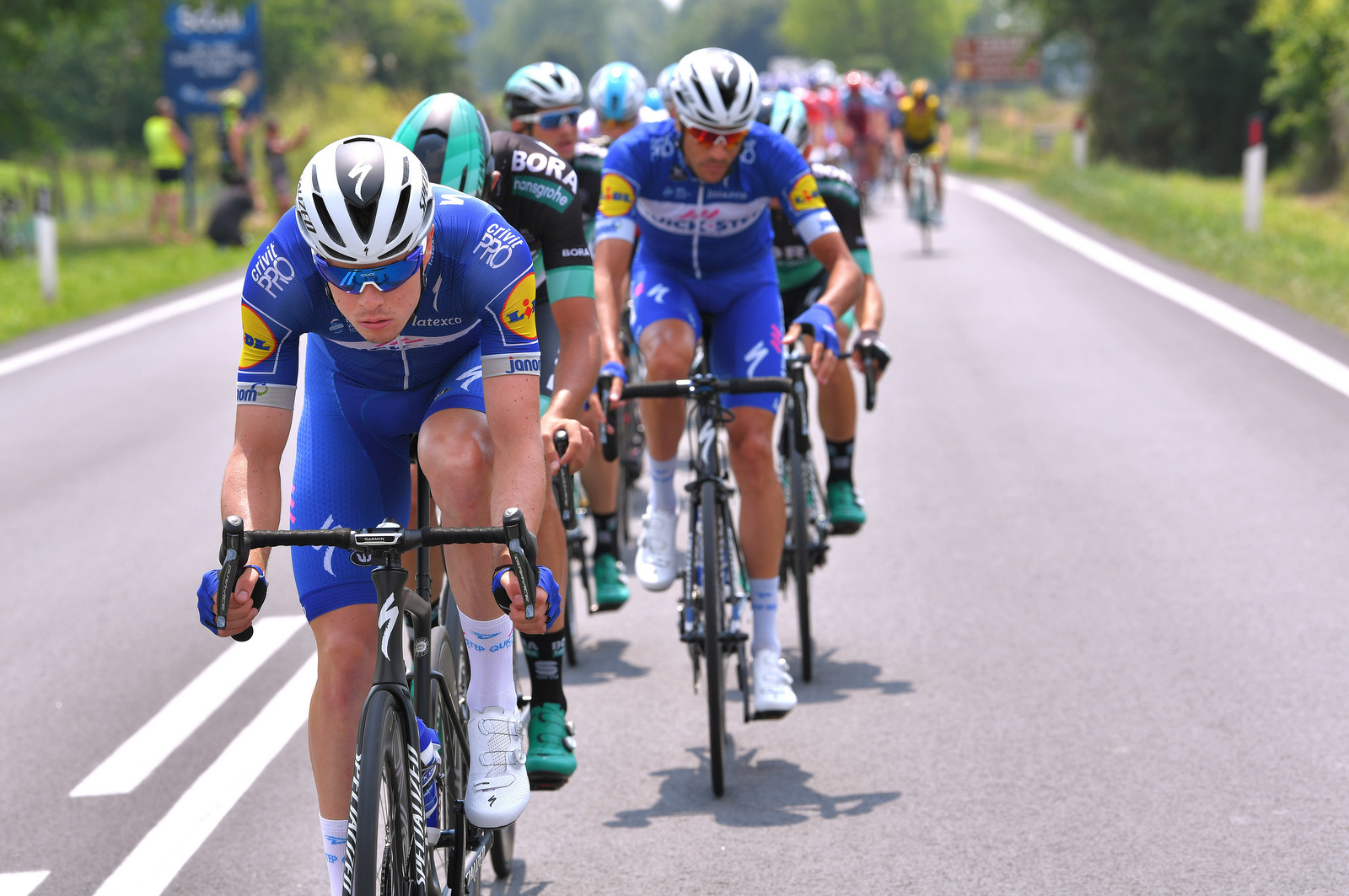 With five kilometers to go, as the teams began jostling for position, the Quick-Step Floors boys kept their composure and patiently waited for the flamme rouge arch, before moving Elia Viviani to the front, while at the same time keeping Zdenek Stybar on his wheel to prevent any of the rival sprinters from using his slipstream.

After being expertly dropped on the wheel of Sacha Modolo (EF Education First), the 29-year-old Italian struck out from 200 meters to go and left everyone else trailing, winning by more than a bike length over Sam Bennett (Bora-hansgrohe) and Danny van Poppel (LottoNL-Jumbo); as a result, Viviani took his season haul to nine victories and extended his lead in the cyclamen jersey standings to 40 points.

"It's really amazing! The past two days were difficult, but this morning we were 100% focused and motivated on getting the win, so we put two guys at the front to set the tempo behind the breakaway and did a great job also in the final, where the guys made sure of bringing me in the best position", a beaming Elia said. "Before the start of the race, I was asked what were my goals and I said that it would be a dream to take three wins and the maglia ciclamino. Now, with three stages in the bag and the lead in the points classification, everything is going as planned."

With the next flat stage coming in Rome, on the final day of the Giro d'Italia, Elia was asked what are his chances of carrying the maglia ciclamino over the mountains that will make for a punishing third week: "The morale is high and the legs are good, so hopefully nothing will change over the next stages. I know that I have a strong team around and the guys will help me get over the climbs, so I'm confident in my chances." 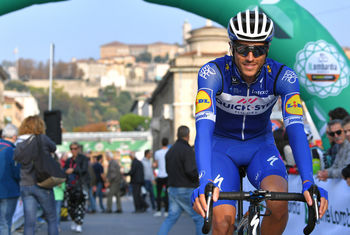 Eros Capecchi: “Happy to continue with the Wolfpack!”