The Belgian is on the verge of recording his best result in a World Tour race since turning pro.

Seven classified ascents, more than 4000 meters of climbing, grueling gradients and an uphill finish which was used only once in the past, at the 2016 edition – that's what the Tour of California stage 6 (Folsom – South Lake Tahoe, 196.5 kilometers) had prepared for the peloton on Friday, when the yellow jersey and the minor places on the podium were at stake.

A nine-man break animated the day, but they never got to build a gap that would allow them to dream of taking the victory, which was played between the GC contenders. Tao Geoghegan Hart (Team Sky) was the first to open the hostilities, and immediately after the overall leader Tejay van Garderen (BMC) responded, the Brit's teammate, Egan Bernal, went clear and distanced everybody else, going over the top of Dagger Summit (12.7km, 6.1%) with a comfortable margin which he extended by the time he reached South Lake Tahoe, where the Colombian moved into the lead following his win.

The fast tempo set from the bottom of the penultimate climb reduced the peloton to just ten men, one of them being Laurens De Plus – up until that point of the stage at all times protected by his teammates – who continued to climb superbly in his first stage race in eight months and remained with the best until with five kilometers to go, when the searing attacks distanced the 22-year-old Quick-Step Floors rider. Instead of trying to follow those accelerations, Laurens played it smart and rode his own pace, before hurtling down the descent and making contact again with the yellow jersey group.

On the short ascent to South Lake Tahoe (1.7km, 5.9%), De Plus displayed the same spirited ride and concluded in eleventh, a result thanks to which the 22-year-old retained his eighth place in the general classification ahead of the final day, a 143km-long flat one in Sacramento, the state capital of California.

"After everything I've been through, it feels really great to be in the top 10 overall of a World Tour race. The boys worked for me today, they made sure I was in the best position in the bunch, and when a team like Quick-Step Floors believes in you, it gives a lot of confidence. The goal was to keep my position in the standings and I can't tell you how happy I am to see what I've been capable of", said Laurens, who was one more goal before leaving the US. "I love this race, the fans are amazing, and I'm very glad to be here. Now, after all this effort, it's time for a real American burger!" 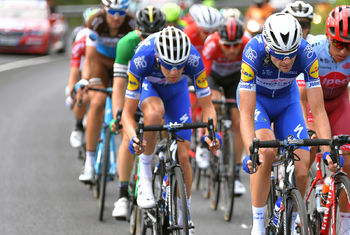 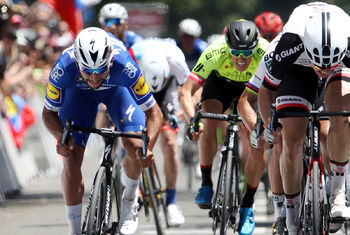 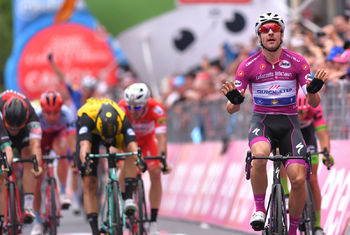 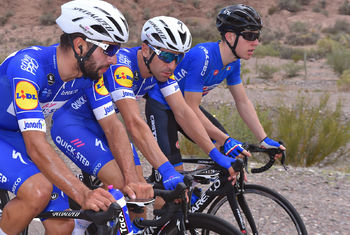