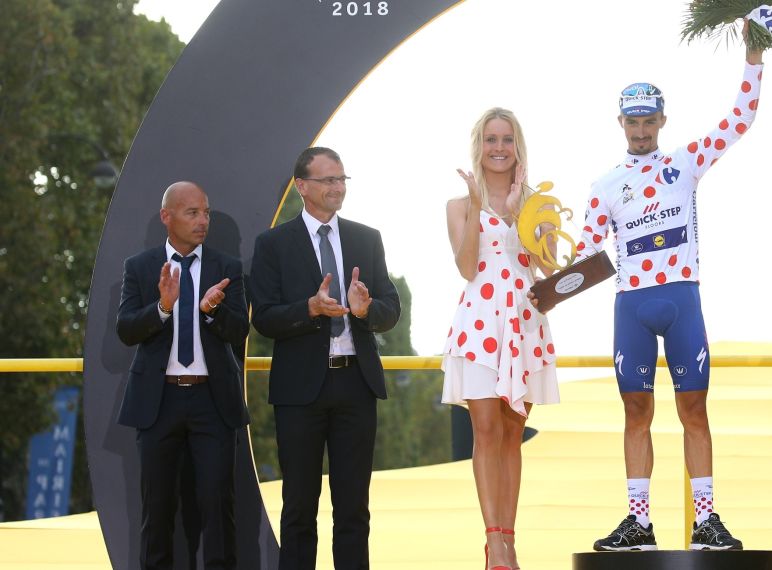 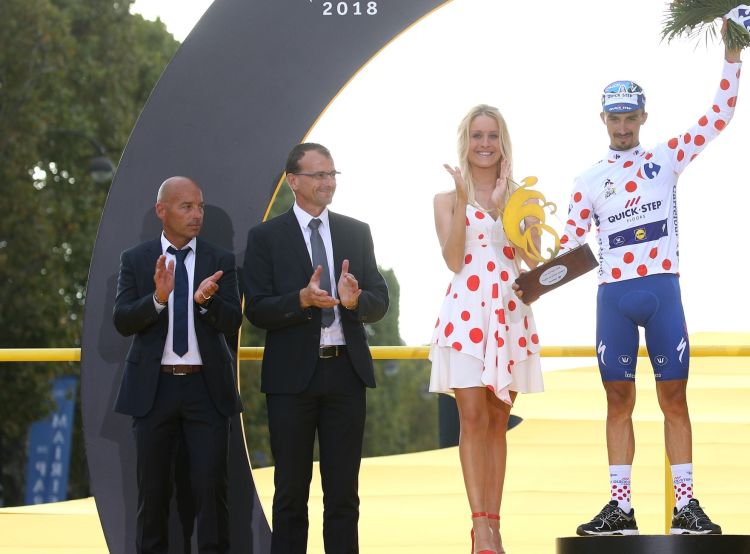 Resplendent in his polka dot jersey, with the famous Arc de Triomphe serving as backdrop and the sun shining over the moveable feast that Paris is, Julian Alaphilippe savored one of the most beautiful days of his career, after a race which saw the prodigious Frenchman come of age; at just his second career participation, the 26-year-old Quick-Step Floors rider soloed to two memorable stage victories, in the Alps (Le Grand-Bornand) and Pyrenees (Bagnères-de-Luchon) respectively, which helped him win the prestigious polka dot jersey, a performance only a dozen of Frenchmen had achieved since the classification was introduced in 1933.

"It's very difficult to describe how I feel today, because I have never imagined that I will ride one day on the Champs-Élysées with the polka dot jersey on my shoulders. It's been three incredible weeks with the team and I have enjoyed many beautiful moments, from my first ever Tour de France stage victory to winning the Col du Tourmalet, which was when I began realizing that I will take this jersey home. I am so happy and grateful to this extraordinary squad for their trust, support and confidence. I will never forget this race", an elated Julian said after collecting his trophy in front of thousands of countrymen. 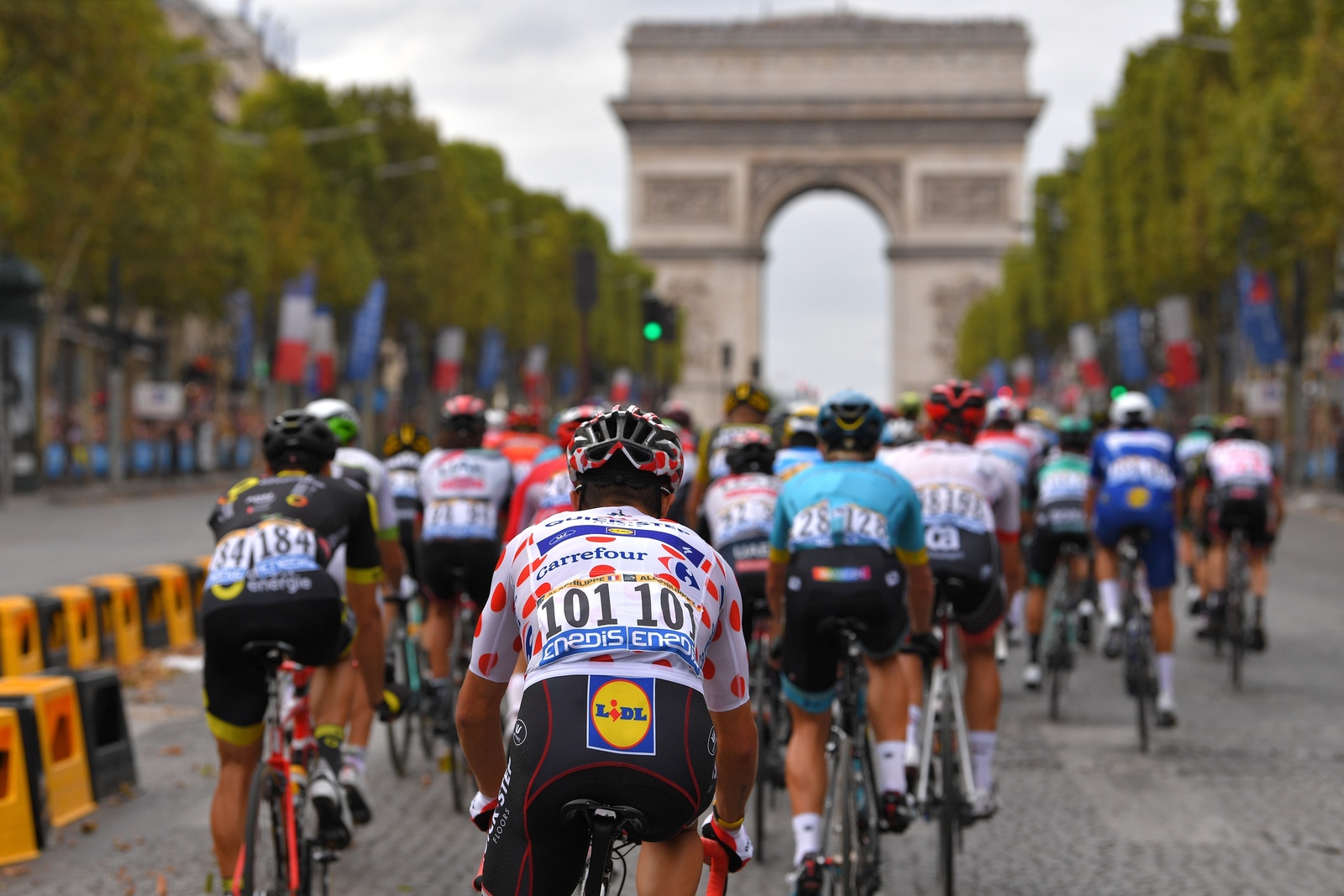 With two stages apiece, Julian Alaphilippe and Fernando Gaviria were two of the standout riders of the Tour de France, their victories taking Quick-Step Floors' all-time Grand Tour tally to 84 wins, an astounding performance which summarizes the quality, hunger for success and motivation of The Wolfpack, for the seventh straight season the winningest team in the world.

If Alaphilippe made its second Tour de France appearance, for Gaviria this was his Grande Boucle debut, one on which the prodigious sprinter left a lasting mark, not only thanks to the brace of victories in the opening week, but also to the yellow jersey he got to don on the first day, when he became just the second Colombian in history to lead the Tour de France, a moment his countrymen were waiting for 15 years.

Quick-Step Floors' depth was underlined not only by the four victories our outfit scored, but also by the team's aggressive racing style and fantastic commitment, with the likes of Tim Declercq, Belgian Champion Yves Lampaert – third in Roubaix and responsible for spicing up the stage 21 finale with an exciting and daring attack inside the last kilometer – Maximiliano Richeze, Niki Terptra or Philippe Gilbert, most combative rider of stage 16, which he completed despite a knee injury, all key players in the team's success over the past three weeks. 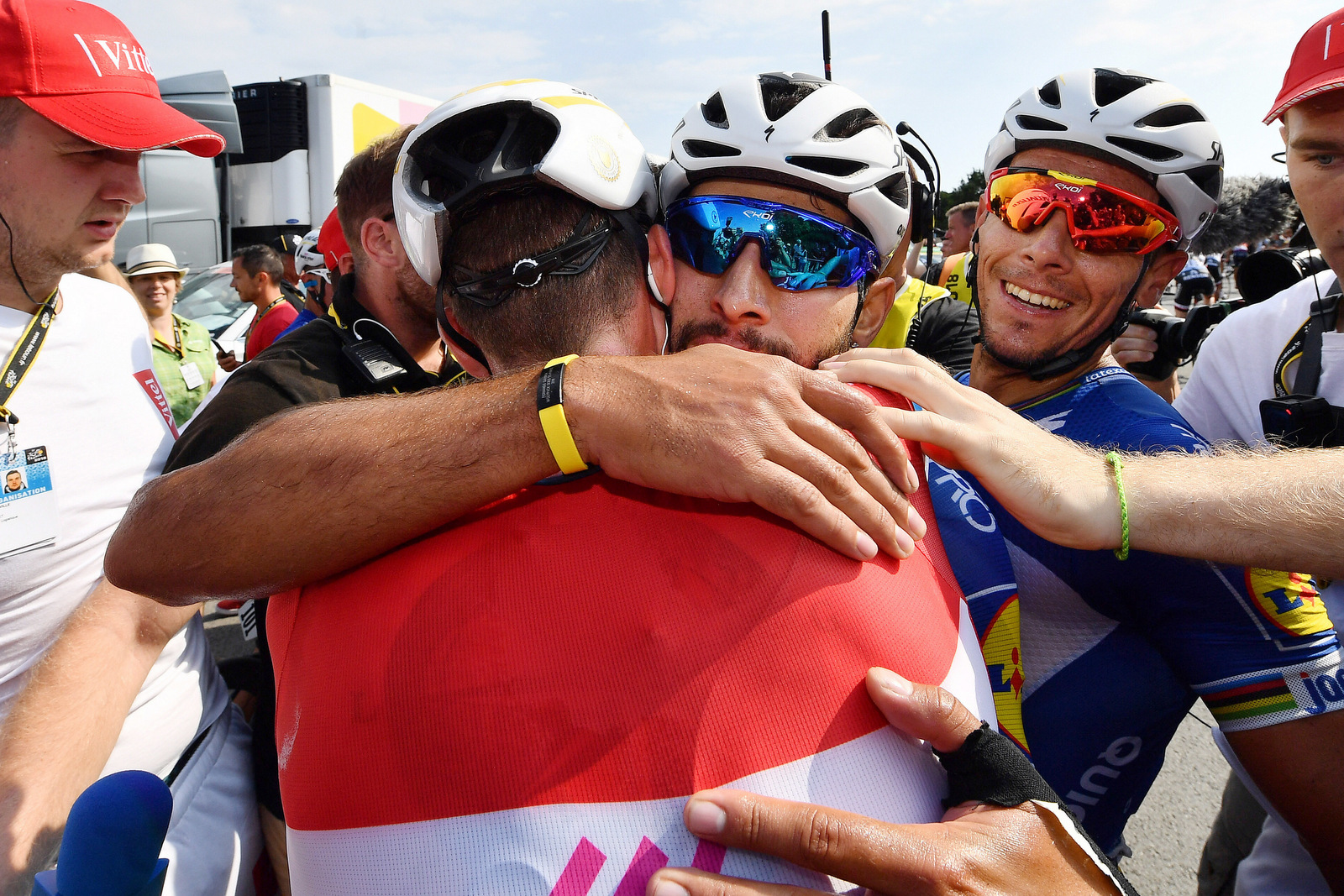 A special mention goes also to Bob Jungels, the 25-year-old who returned to the Tour de France for the first time since 2015 and ended up 11th in the overall standings, a result that serves as confirmation of the Luxembourger's potential in Grand Tours, twice a top 10 finisher at the Giro d'Italia (2016 and 2017).

For the 34th time at the Tour de France, Patrick Lefevere was a happy man in Paris, as the dusk settled over the city of lights, where he looked back on the team's unforgettable race, which culminated with Quick-Step Floors retaining its position at the top of the World Tour standings for the 16th consecutive week.

"We can be really happy with four stage wins and the polka dot jersey, which is worth more than a win, but we also know that without the bad luck we had at times we could have won even more. I am proud of the riders, because they were always prominent, be it in the sprints, in the mountains or in the breakaway. Julian proved he is a star, one of the most charismatic riders in the peloton, Fernando showed on the biggest scene of them all his huge potential which recommends him for a big future, while Bob had several impressive rides, especially in the final two decisive stages. All in all, it's been another vintage Tour de France for Quick-Step Floors and this gives me a lot of satisfaction."