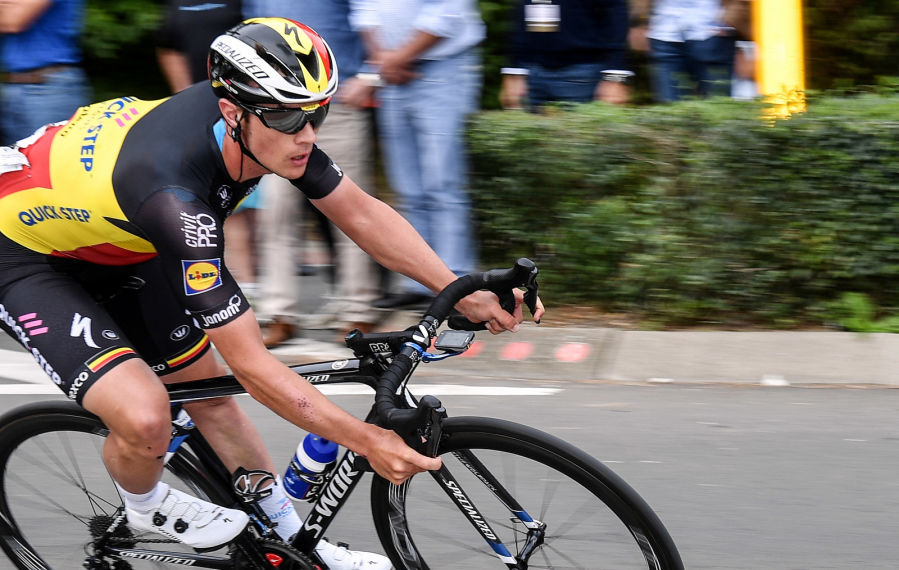 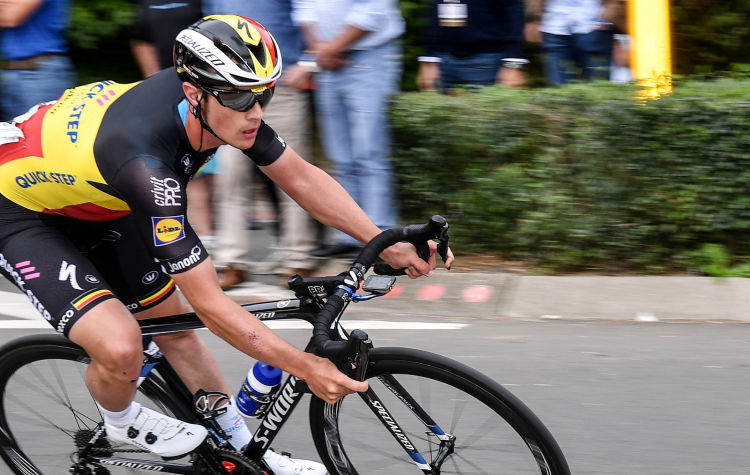 Quick-Step Floors finished with two riders in the top 10 – Yves Lampaert and Fabio Jakobsen – at a hectic first edition of the one-day race.

Set up to commemorate one century since the end of the First World War, the inaugural Great War Remembrance Race turned out to be a thrilling event, thanks to the mix of hills, cobblestones and dirt roads, which blew the peloton to pieces after the first hour of racing, thanks also to the strong sidewinds coming from the North Sea. When the bunch splintered, Quick-Step Floors had three riders in the front – Fernando Gaviria, Fabio Jakobsen and Yves Lampaert – and two others in the chasing group, Maximiliano Richeze and Niki Terpstra.

The demanding course thinned out the elite group, who was reduced to just ten riders inside the last 50 kilometers. Despite a puncture, the Belgian Champion was still there with his neo-pro teammate, bringing their share of work and helping the group maintain a one-minute advantage as the kilometers ticked down. A late attack helped Pawel Bernas (CCC Sprandi Polkowice) break clear, before Lampaert accelerated on the iconic Kemmelberg and shut down that move, while Jakobsen was putting in an impressive effort to return after previously being dropped.

With ten kilometers left, three riders attacked and surprisingly carved out a 20-second advantage which allowed them to fight for victory in Ypres, the center of many battles which opposed the Allied to the German forces during World War 1. Mihkel Raim (Israel Cycling Academy) was the one to prevail in the end, beating Bernas and Preben Van Hecke (Sport Vlaanderen-Baloise).

Yves Lampaert – who concluded the 193km-long Great War Remembrance Race in fifth, just ahead of teammate Fabio Jakobsen, had the lowdown at the finish: "The team was strong and I felt really good during the whole race, which was very fast and just crazy, with all those attacks and counterattacks. It was tough out there today, but we were confident in our chances of taking the victory. Unfortunately, the history of the race was written in the split of a second, but despite not getting the desired result, our morale is high ahead of the next appointments." 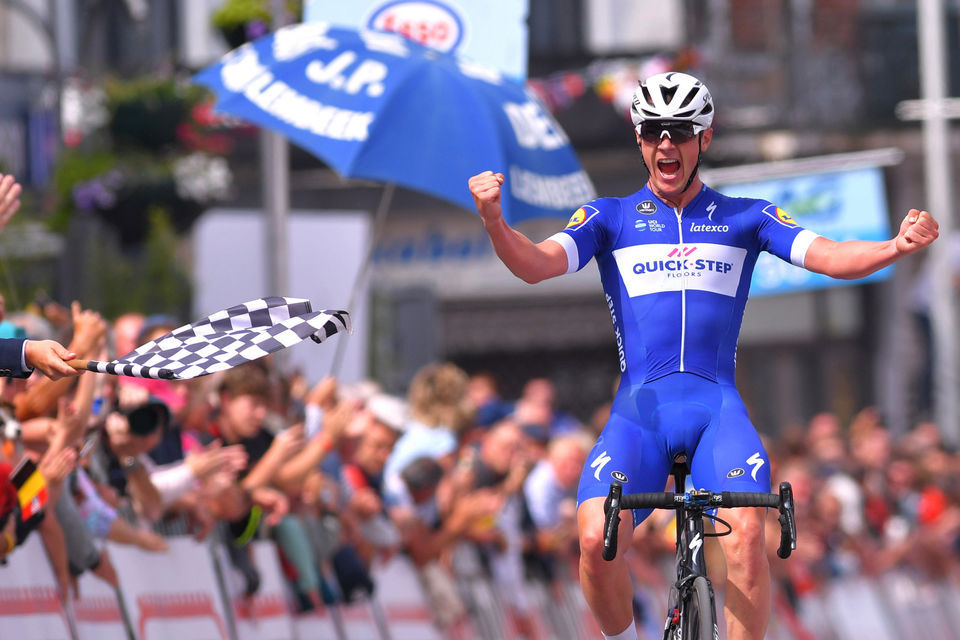 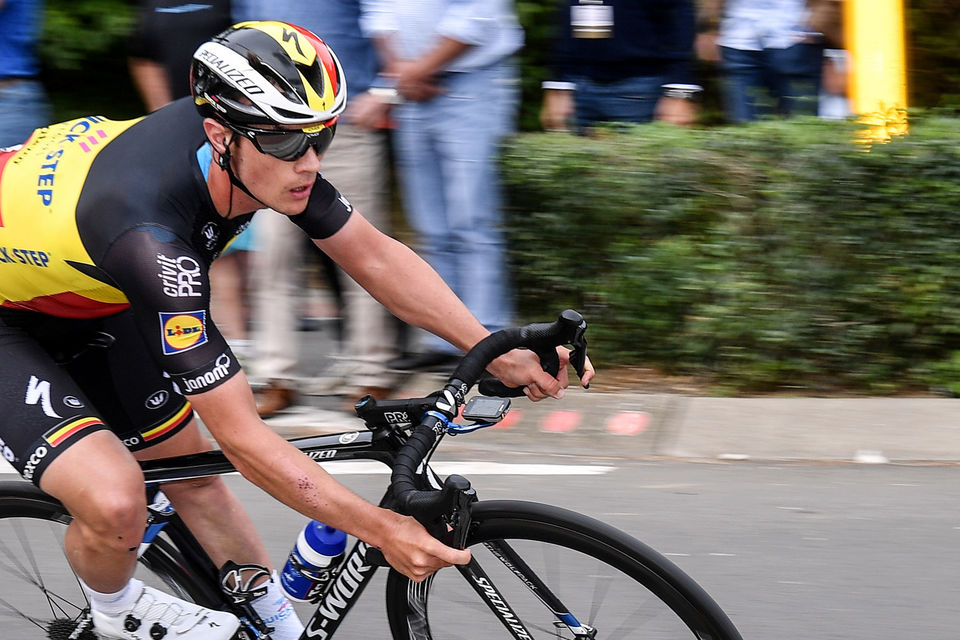 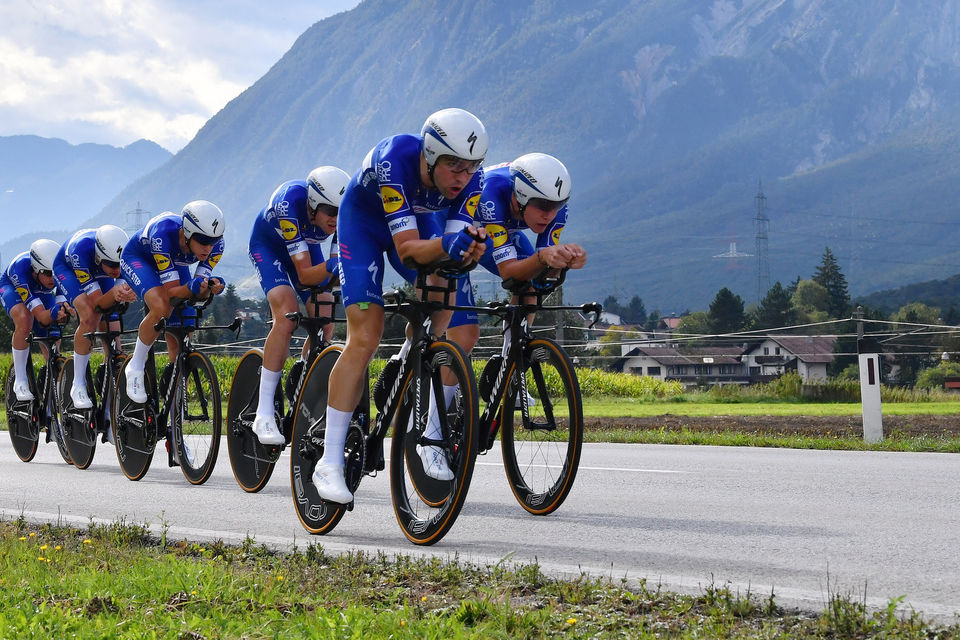