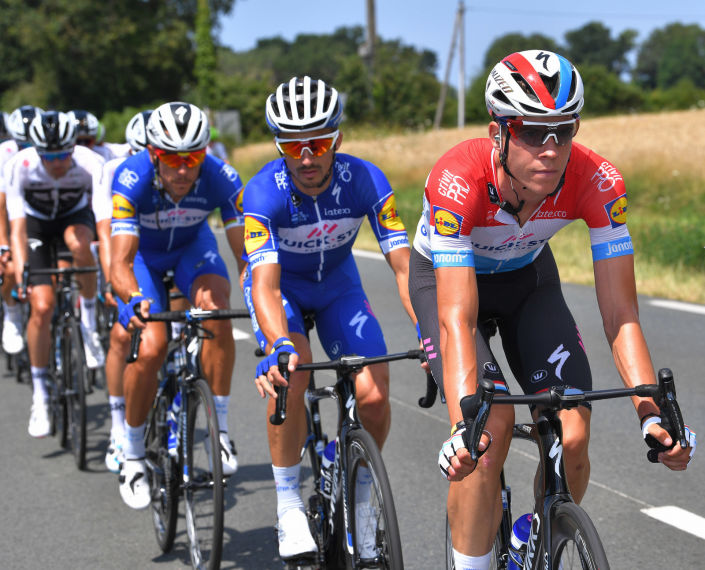 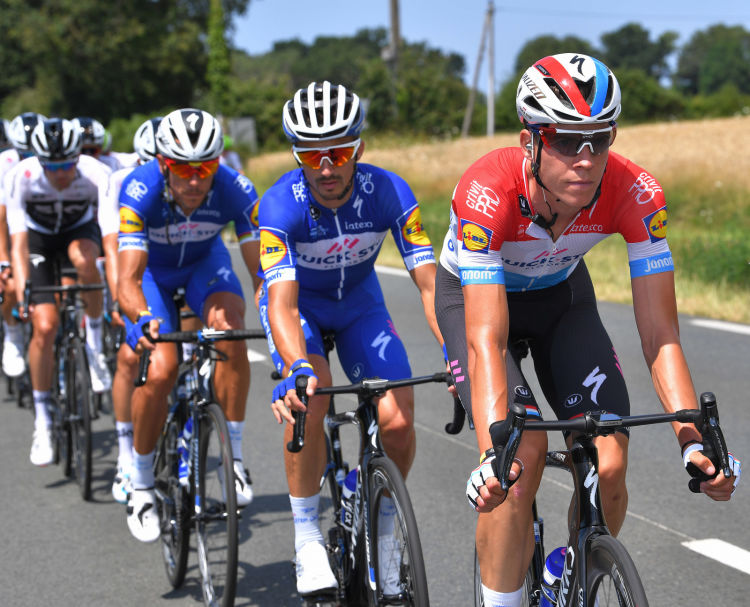 Our team returns to the eight-day race looking to add to the 21 stages won in nine previous participations.

For the first time since 2006, there's a big chance the opening stage of the Tour of Britain (2-9 September) won't come down to a bunch sprint, and that's because the riders will tackle Belmont Hill, an 800m climb averaging 9%, inside the final ten kilometers of the leg to the Welsh city of Newport. Stage two, which features a first-category ascent, could again encourage attackers, before a reshuffling of the overall standings on the Clifton Down uphill finish in Bristol, last visited by the peloton in 2014.

Leamington Spa, a small town located north of Stratford-upon-Avon – where William Shakespeare was born 454 years ago – will host the finish of what should be another battle between the peloton's fast men, a sprint royale which comes ahead of a 14km team time trial. Twenty-four hours after this demanding test against the clock, the climbers will feel at home and ready to go all-in on Whinlatter Pass, the uphill finish of stage six, where the general classification will be set in stone. The final weekend will include trips to Mansfield and London, giving the sprinters two more opportunities to fight for victories and the points jersey.

One of the most successful riders of the season, with eight victories to his name – two of which came at the Tour of France, where he powered to a dominant win in the KOM standings – Julian Alaphilippe will resume competition after a break he took five weeks ago, following his triumph in Clasica San Sebastian. Luxembourg Champion Bob Jungels, who hasn't raced since the same Spanish World Tour event, will also make his comeback at the Tour of Britain, where Maximilian Schachmann will line out after claiming a win and third overall at the revived Deutschland Tour.

For Fernando Gaviria, this will be the third appearance in four seasons at the Tour of Britain, where he made his debut in 2015, as a stagiaire for the team. At each of the previous editions, the now 24-year-old Colombian has picked up a stage victory and he'll try to repeat this performance backed by the experienced Iljo Keisse and Maximiliano Richeze.

"There aren't a lot of races outside the Tour de France with so many spectators, but the Tour of Britain is one of them and fans are always making a very special atmosphere for all the riders and staff members", said Quick-Step Floors sports director Brian Holm. "The parcours is really challenging, but we are going there motivated and with a strong line-up, ready to show why we are the Wolfpack. With Gaviria, who'll count on Richeze, we have a fair chance in bunch sprints, while for the hilly part of the race we will look to Alaphilippe, Jungels and Schachmann. Last but not least, we are glad to have Keisse on the team, always an important rider and an amazing road captain."