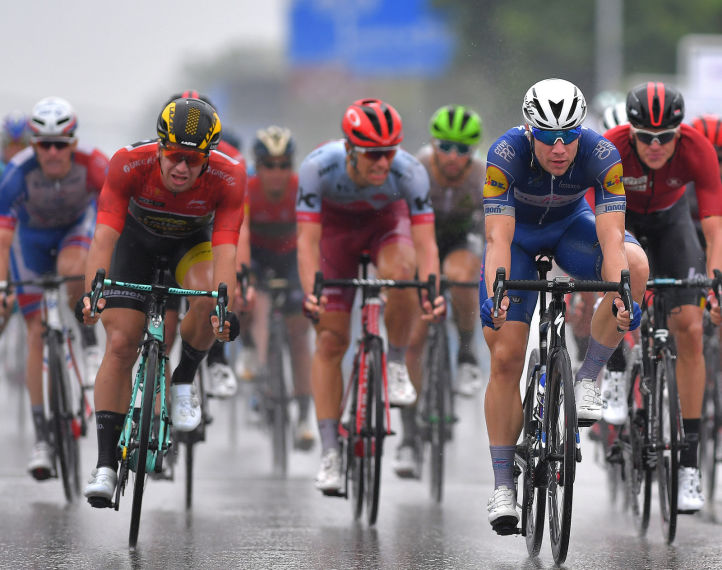 Tour of Guangxi: Close but no cigar for Jakobsen 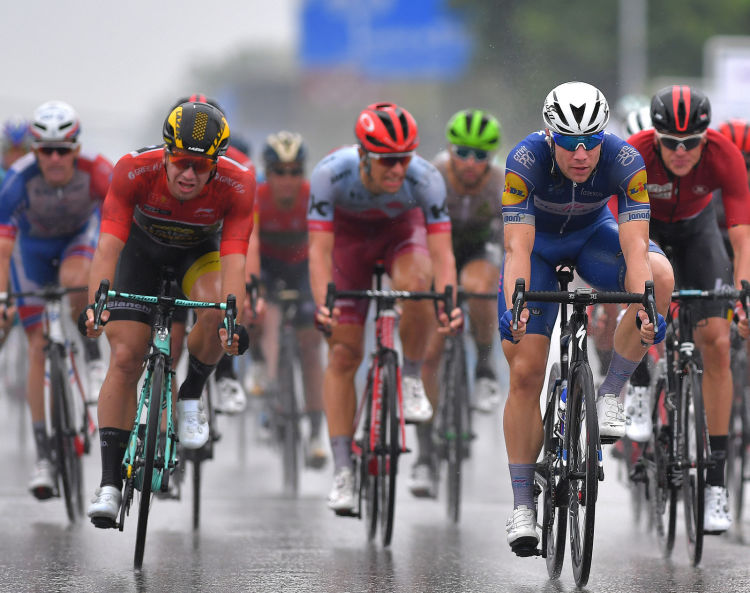 Tour of Guangxi: Close but no cigar for Jakobsen

Rémi Cavagna named most aggressive rider of the day, after being caught with just four kilometers left.

Fabio Jakobsen netted Quick-Step Floors' 150th podium of the season, on the second stage of the Tour of Guangxi, a race which on Wednesday wasn't at all kind with the riders, as the torrential rain made it really difficult for the peloton to ride on the slippery roads which eventually led to several spills.

One of these, occurred with 40 kilometers left, saw neo-pro Jhonatan Narvaez abandon the competition after crashing into a race car while attempting to rejoin the bunch following a sanitary break. The Ecuadorian was immediately taken to the hospital, where the scans showed no fractures, just a muscular bleeding in the right upper leg which put an end to his season.

The pouring rain didn't stop several riders from trying to book a place in the breakaway. First to test the waters was Giro d'Italia stage winner Maximilian Schachmann, who was quickly reeled in, before teammate Rémi Cavagna plugged away and took four other men with him. Even though their maximum buffer didn't stretch over 1:40, the escapees made the peloton sweat as they chased hard to bring them back, despite the group losing three riders by the time they entered the final ten kilometers. 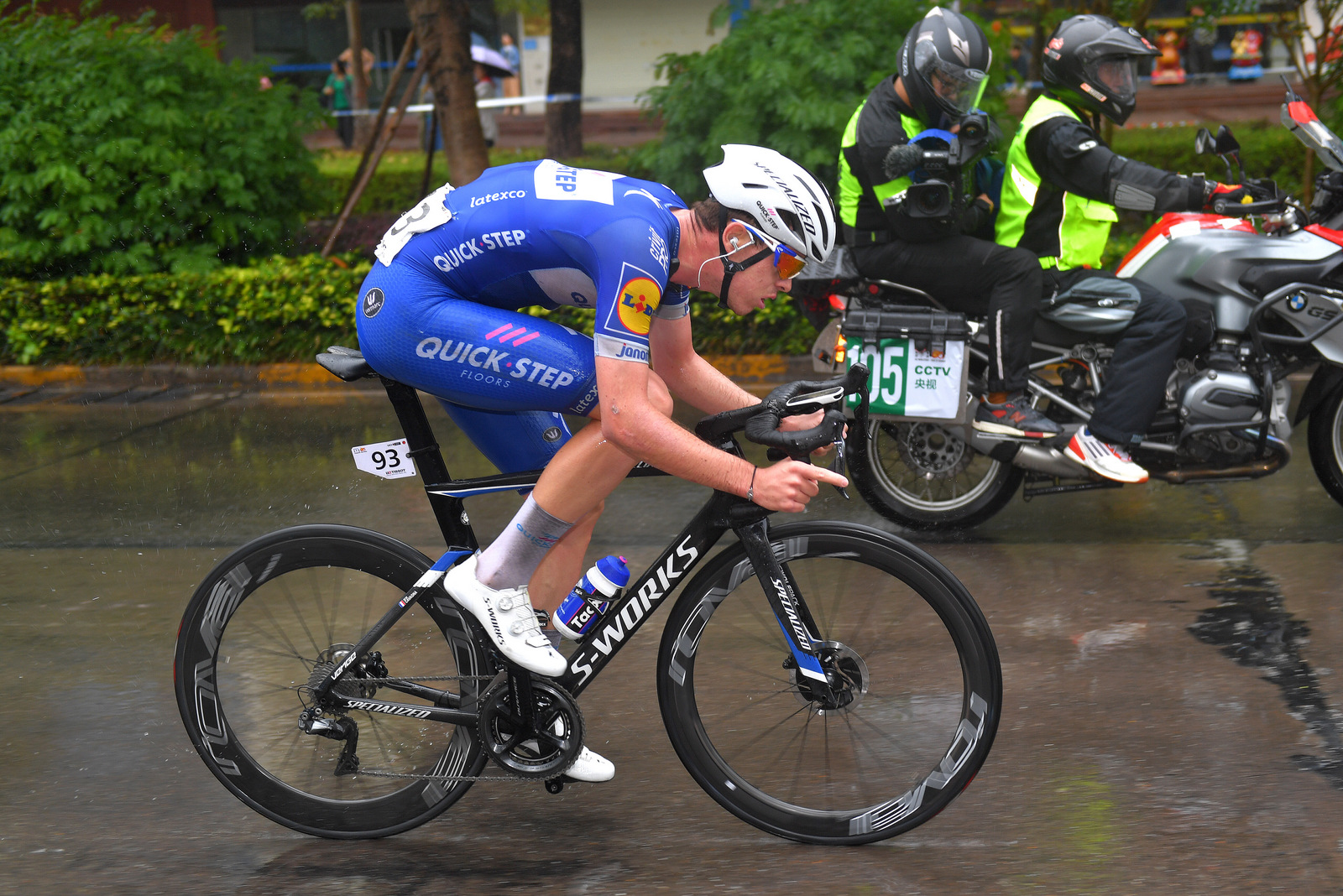 It was the cue for Cavagna to go all-out, dropping his last companion, Alex Dowsett (Katusha-Alpecin) and trying to hold the peloton at bay, despite his gap being narrowed to just 25 seconds. The 23-year-old "TGV de Clermont-Ferrand" remained at the front until the last four kilometers, when the charging pack overhauled him, but his hugely impressive effort brought him at the end of the day not only eight bonus seconds (mopped up at the intermediate sprints), but also a well-deserved prize for being the most aggressive rider of the 145.2km stage 2.

Helped by his Quick-Step Floors teammates, Fabio Jakobsen got involved again in the sprint, where only half a wheel separated him from what would have been a sixth victory of the season. Beaten by Pascal Ackermann (Bora-hansgrohe) in Qinzhou, the young Dutchman moved up to third in the general classification, where also Rémi Cavagna made a significant jump and is now sitting in sixth.

"We were once again prominent and this gives us confidence for the next days, but it's a pity we lost Jhonatan, who was in good condition here and could have helped us over the remaining stages. Rémi was one of the strongest riders today and the only survivor of the breakaway. He fought hard and really believed in his chances, doing a fantastic race. Then, as soon as he got caught, all the guys stayed around Fabio and brought him to the front, while also protecting him on those wide roads which always make for a hectic sprint. He was very close and this podium only shows how motivated he is and the good shape he has, which makes us optimistic for the remaining flat stages", said sports director Geert Van Bondt. 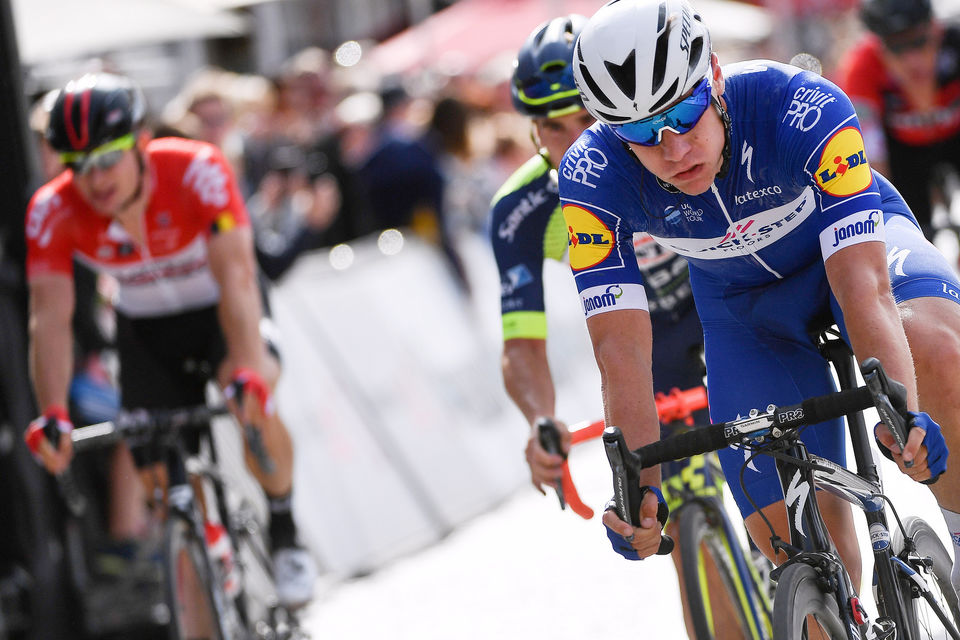 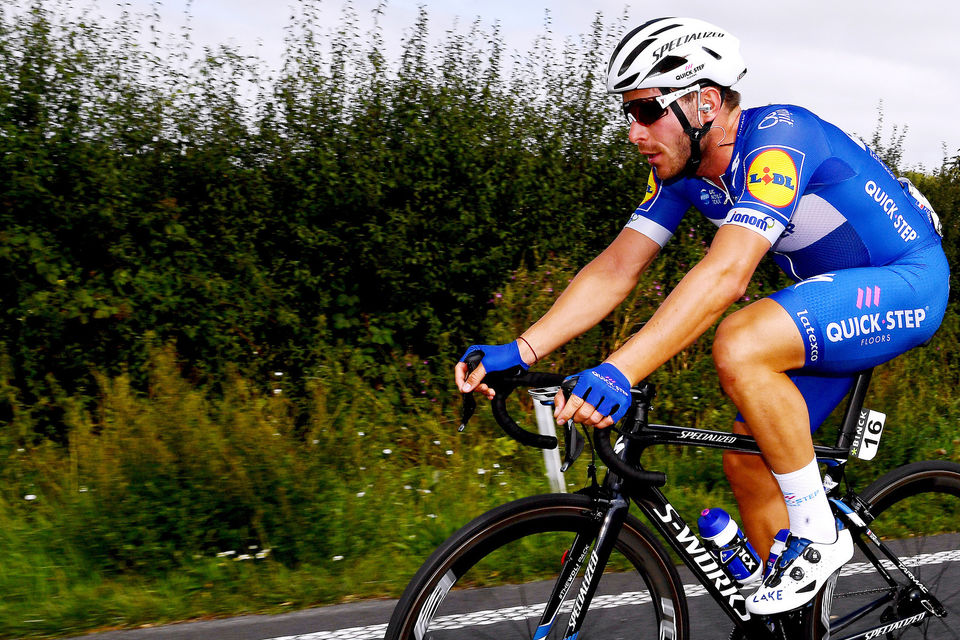