Julian Alaphilippe and Zdenek Stybar will lead the line for the team at Saturday’s race.

Famous for its up and down dirt roads, punchy hills, picturesque landscapes and one of the most stunning finish venues in the sport, Strade Bianche has turned into an instant classic ever since its inception, despite being one of the newest races on the block. With a terrain mixing gravel sectors and undulating roads, the Italian one-day race showed that it’s open to both Classics specialists and climbers, going down every year as one of the finest and most spectacular events of the season.

The fifth World Tour appointment of the calendar in 2019, Strade Bianche will see the peloton set out on Saturday morning from the Tuscan city and head into the charming countryside for a 184km-long twisty and undulating route that includes 11 gravel sectors – many of which have double-digit gradients – totalling 62 kilometers.

After leaving all the sterrate segments behind, the riders will have to overcome one final hurdle, the steep urban climb pitching up to 16% on the Via Santa Caterina, which will take them to the shell-shaped Piazza del Campo, one of Europe’s greatest medieval squares, renowned for hosting the Palio since the Middle Ages. 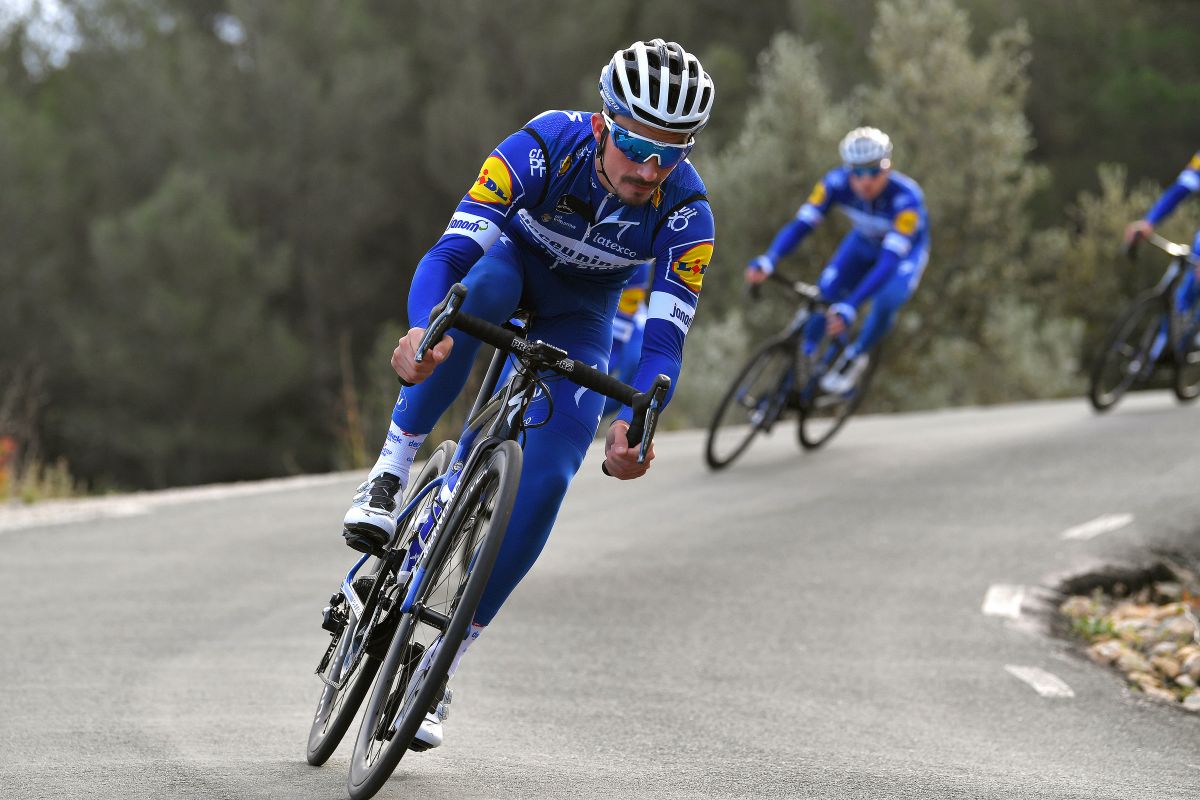 Having amassed a hat-trick of wins so far this year in the southern hemisphere, Julian Alaphilippe is ready to make his first outing of the season in Europe, at an event he has never raced before: “I am very happy with the way my season started, with three victories in Argentina and Colombia. My condition is good and I can’t wait to be in action in Italy. It will be my first time in Strade Bianche, a race I have always followed on TV, and at the start of which I am glad I will be this year. The motivation and moral are there and I hope it will turn out to be a good race for me.”

Victorious in Siena four years ago, at his very debut, Zdenek Stybar has always finished in the top 10 at Strade Bianche, and the experienced Czech, now an Omloop Het Nieuwsblad champion, will look to be again in the mix, part of a strong Deceuninck – Quick-Step team which will include also Eros Capecchi, Dries Devenyns, Belgian Champion Yves Lampaert, Pieter Serry, who was ninth at the previous edition, when the snow and rain ended up playing a huge role in the outcome, and Petr Vakoč.

“It’s our first outing of the season in Italy, a race which has grown in stature and has become everyone’s favourite. We won here twice and are motivated to be again in contention. If you look over the team, you can see how solid it is, with many riders capable of making the difference and being there in the key moments of the race. Following last week’s results, we carry a bulletproof confidence into the race and hope to do well again”, said sports director Davide Bramati.