The crosswinds wreaked havoc at the first stage of the “Race to the Sun”, blowing everything to pieces inside 50 kilometers to go, when the peloton got shattered into six groups who fought hard for survival as several teams were ramping up the pace at the front, in an attempt to deal an important blow to some of the general classification contenders on the exposed roads to Saint-Germain-en-Laye.

Deceuninck – Quick-Step made sure of placing at least a man in each of these moves, before a regrouping finally took place with 12 kilometers remaining, when Kuurne-Brussels-Kuurne champion Bob Jungels shut down an echelon attempt and kept things together, guiding the bunch as they approached the closing kilometres of the stage.

After the second intermediate sprint, a massive dig of Philippe Gilbert – who sensed some hesitation from the field – helped the multiple Monument winner put some daylight between him and the bunch, spreading a bit of panic in the group, which had to chase hard in order to reel in the Belgian with 700 meters to go. The sprint was completely disorganised, without any prominent train, which led to some riders opening their effort early and paying for this in the end. 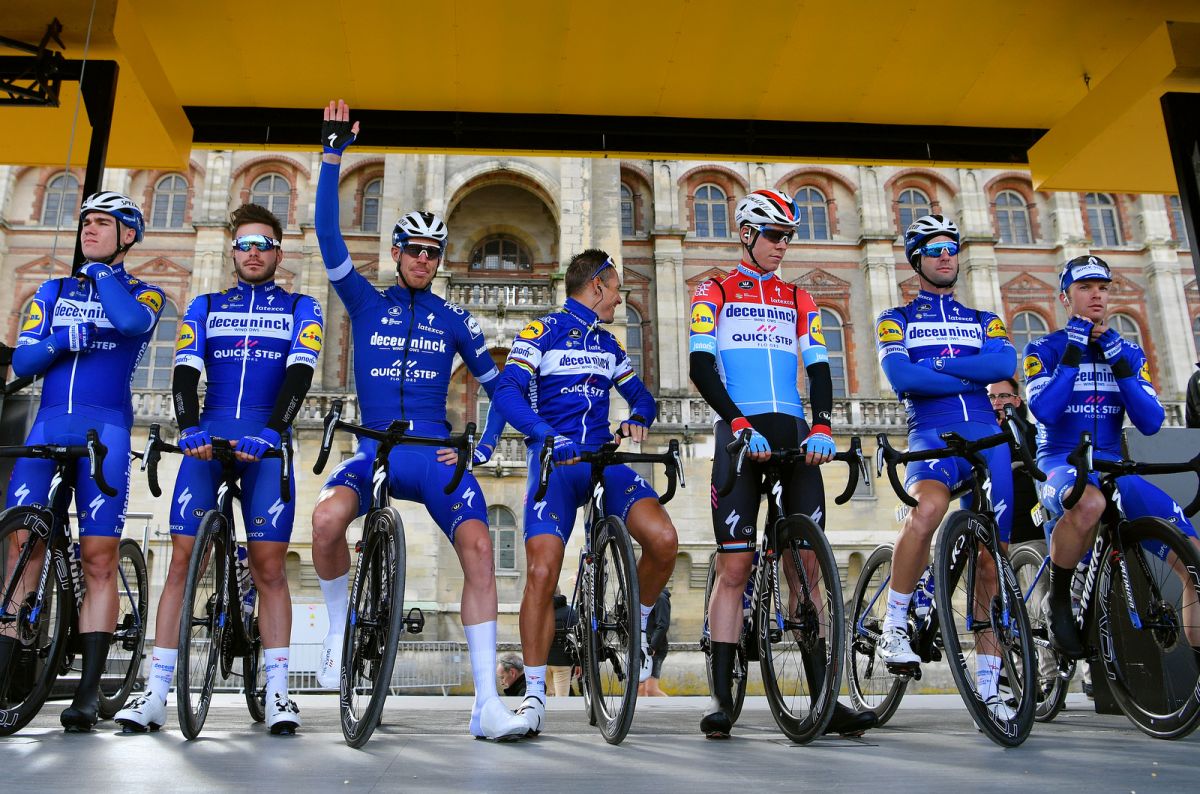 Fabio Jakobsen wasn’t one of those, and the young Dutchman – who returned to competition after illness forced him to skip Kuurne-Brussels-Kuurne and Le Samyn – was expertly placed onto the wheel of Arnaud Demare (Groupama-FDJ) by the cunning Fabio Sabatini and took third behind Dylan Groenewegen (Jumbo-Visma) and Caleb Ewan (Lotto-Soudal) for his first World Tour podium of the season, which is sure to stoke his confidence ahead of the coming flat stages.

Sports director Tom Steels, a former stage and points jersey winner at Paris-Nice, made a thorough analysis of Sunday’s stage: “It was a very hard day, with all the riders nervous from the very outset, and for good reason, because the wind was extremely strong and we could see riders barely hanging on to their bike. Some of our guys were unfortunately hit by bad luck and faced mechanicals, but showed character and grit, returning into the bunch before the final, where Phil saw his chance and attacked off the front. The road didn’t play into his favour, but after such a tough race you can never know what will happen, so it was worth trying. Then, after he got caught, Fabio was helped by Sabatini and concluded in an impressive third place, which augurs well for the next stages, especially as sickness kept him out of action after Algarve. Overall, we can be satisfied with our stage.”