Julian Alaphilippe returns to action following a short break he took after his memorable Milano-Sanremo success.

A rolling 11.2km-long individual time trial in Zummaraga will kick off proceedings at the 59th edition of the race won in the past by the likes of Gino Bartali, Jacques Anquetil or Luis Ocaña, before Gorraiz and Estibaliz will get to host two uphill finishes suited to the puncheurs. From there, the peloton will travel north to Arrigorriaga, a small town located not far from Bilbao, for a stage that packs in four classified climbs, last of which tops out with less than six kilometers to go.

The big test of the race comes on the next day, on the traditional Santuario de Arrate stage, when after six testing ascents, the riders will arrive at the base of the Usartza, which averages 8.2% over 5.4 kilometers. A short but intense loop around Eibar will bring to a conclusion the 15th World Tour event of the season, giving the GC contenders one more chance of reshaping the overall standings.

In 2018, Julian Alaphilippe became the first Frenchman in more than nine decades to take back-to-back stage victories at the Vuelta al Pais Vasco, and the 26-year-old returns this season hoping to be again in the mix as he continues what’s been an outstanding spring, with seven wins, including Milano-Sanremo and Strade Bianche.

The leader of the UCI Individual Ranking will be joined on the start line by countryman Rémi Cavagna, Dries Devenyns, Mikkel Honoré, last year’s Arrate victor and best young rider Enric Mas, Pieter Serry and Petr Vakoč, a strong squad which Deceuninck – Quick-Step sports director Klaas Lodewyck is confident can be a protagonist on the up-and-down roads of the Basque Country.

“We are looking forward to a good week of racing. Pais Vasco is always a tough race, but we head there with a well-balanced team, containing both Enric, a real GC guy, and Julian”, said Klaas. “With Enric we will take it day by day, while Alaphilippe, who has had a great season so far, can look for stage wins, which gives the team a dynamic that we can play with throughout the race. We hope to get some good results next week and take some confidence into the Ardennes.” 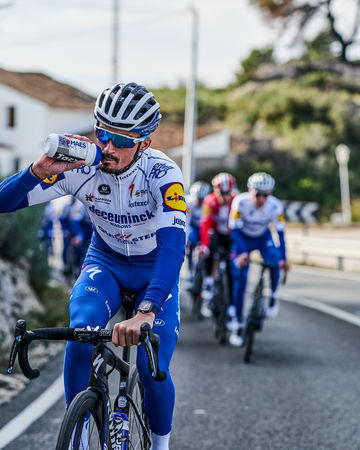 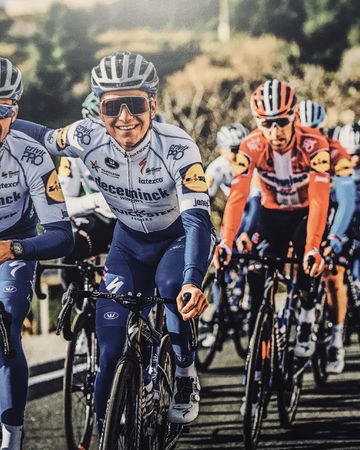