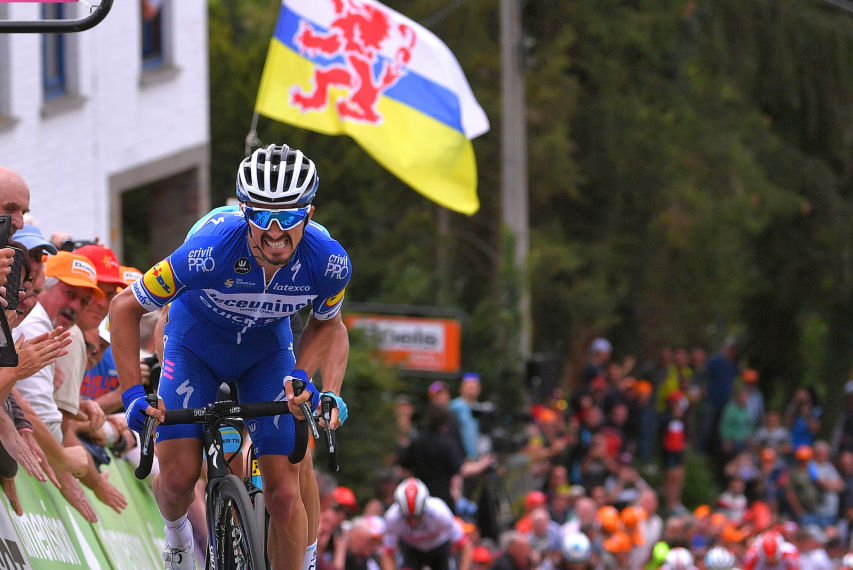 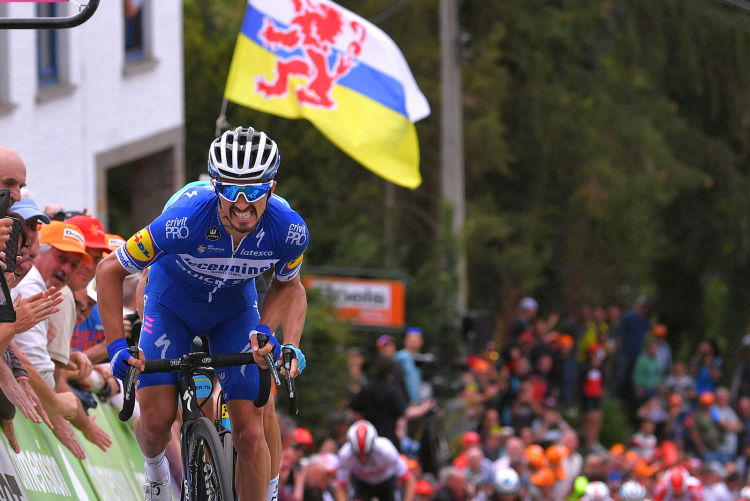 Our rider became the first Frenchman to take consecutive wins at the Belgian Classic after finishing off the team’s brilliant work.

Julian Alaphilippe’s phenomenal season continued this Wednesday in Belgium, where the 26-year-old again conquered Flèche Wallonne, adding the one-day race to his impressive haul of 2019 victories, which also includes Milano-Sanremo, Strade Bianche, as well as stages at the Vuelta a San Juan, Tour Colombia, Tirreno-Adriatico and Vuelta al Pais Vasco.

“Last year, I notched up my first big victory here, so being able to repeat that success gives me a lot of joy, but it tastes differently, because this edition was far more difficult. I am extremely proud of our team, who rode a perfect race, protected me from kilometer zero, chased down all the moves and always kept me in position. Being able to repay their hard work makes me very happy”, said the fourth rider in history to win Milano-Sanremo and Flèche Wallonne in the same season.

Eleven climbs peppered the 83rd Flèche Wallonne, whose 195.5km-long course was regarded by many as the toughest in recent memory. However, this didn’t deter Deceuninck – Quick-Step, as the team kept the five-man breakaway on a leash, pilling on the pressure in the crosswinds, infiltrating in the moves launched inside the final hour and bringing Julian back into the pack following a flat. Then, on Côte d’Ereffe and Côte de Cherave, Dries Devenyns and Enric Mas maintained a high tempo to prevent attacks and made sure the peloton would arrive as one at the bottom of Mur de Huy. 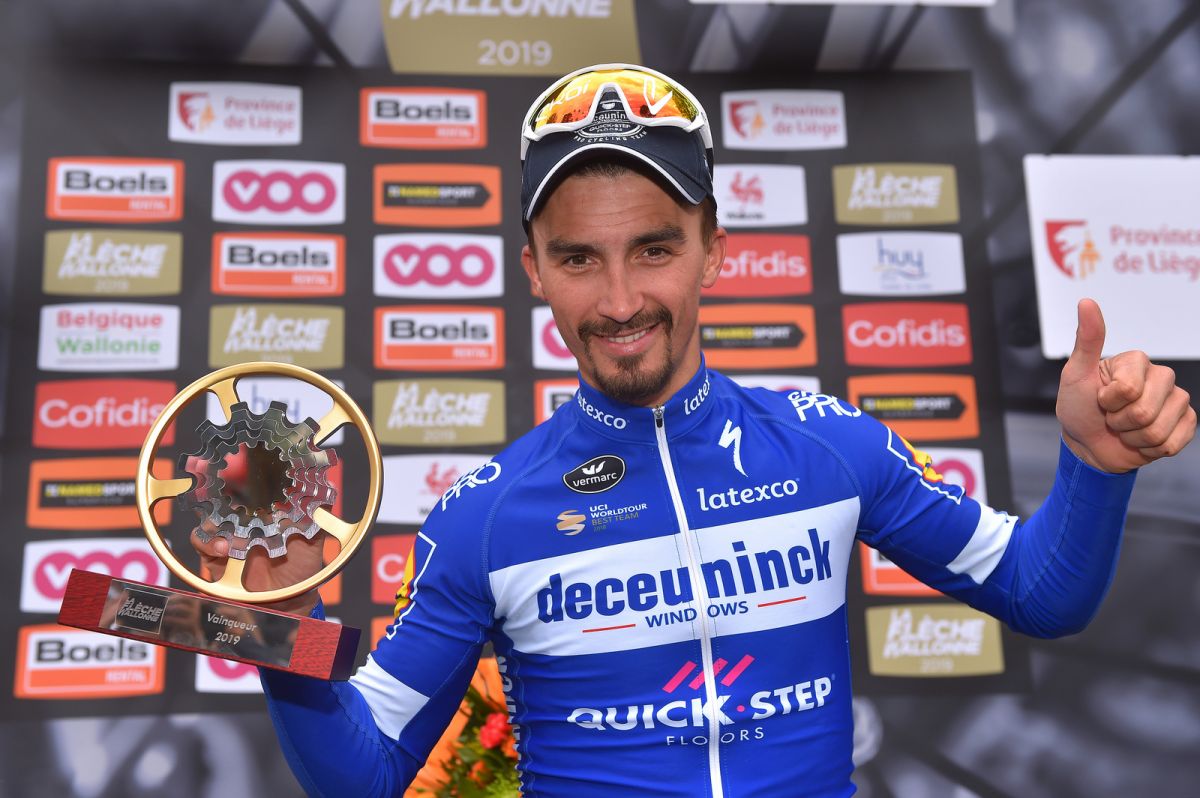 The fearsome climb (1300 meters, 9.6%), which has been used as finish venue of the race since the ‘80s, making for one of the most spectacular finales in pro cycling, awaited the reduced bunch, who were greeted with a strong headwind, meaning that  no early moves were launched until 500 meters to go, when Jakob Fuglsang (Astana) rode clear of the field.

A short glance over the shoulder convinced Julian to up the pace on the steep gradients of the Chemin des Chapelles and put some daylight between him and the others, before linking up with the Dane, whose wheel he stayed in until 120 meters to go, when thanks to another trademark acceleration, Alaphilippe powered past his opponent and earned Deceuninck – Quick-Step’s 25th victory of the year.

“I can’t say there was any pressure on me today, but what’s certain is that all eyes were on me, and you could see several attempts coming from riders who tried to go clear before the Mur de Huy, but my team did a splendid job and controlled everything”, said the third reigning Tour de France KOM champion to triumph at Flèche Wallonne. “The final 300 meters of the race were really hard, due to the headwind on the Mur, but I left it late and timed my acceleration perfectly. As I said, it was tough, and that’s why this victory gives me not just great satisfaction, but also a huge motivation for Liège-Bastogne-Liège.” 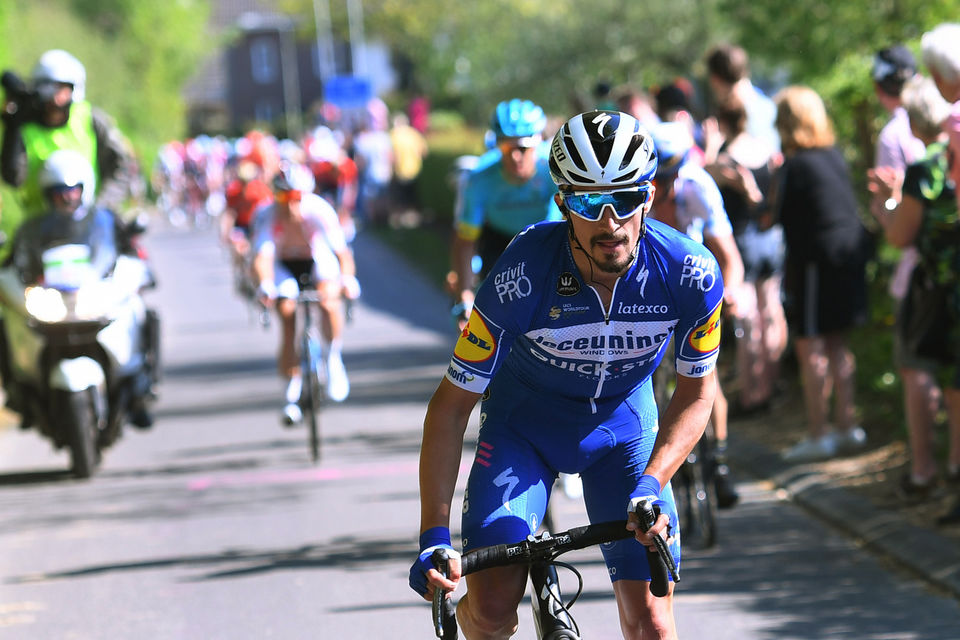 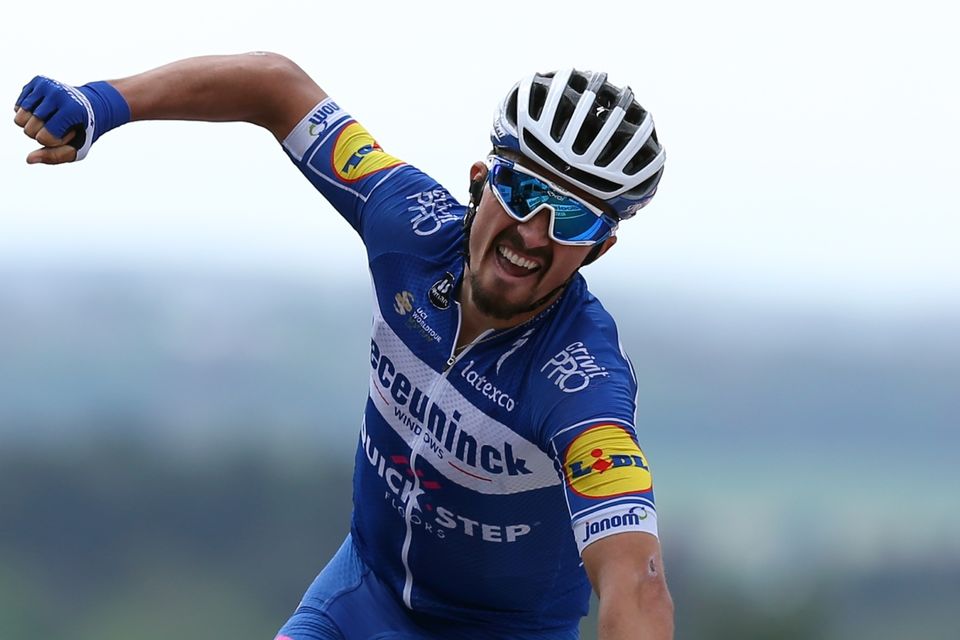 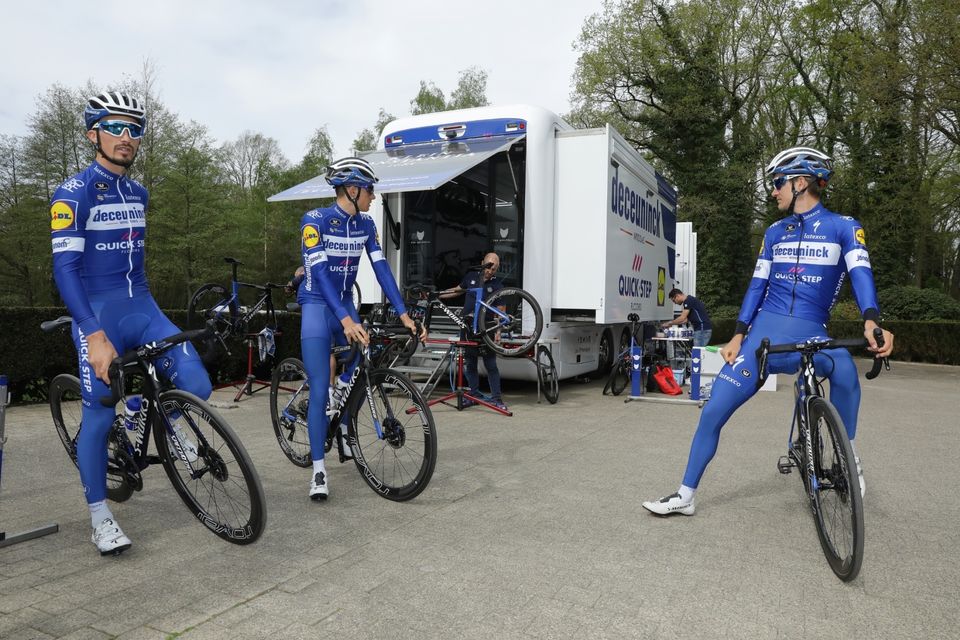