Luxembourg Champion finishes just outside the top 10 after a brave effort.

For the second day in a row, a Deceuninck – Quick-Step rider was in the spotlight at the Corsa Rosa. Twenty-four hours after Grand Tour debutant Mikkel Honoré broke clear from the outset of the queen stage, Bob Jungels made sure of featuring on the main move of stage 17, which travelled from Commezzadura to the superb winter stadium in Anterselva, host of the World Biathlon Championships on five occasions.

The 18-man break in which Bob got himself infiltrated quickly opened a seven-minute gap over the peloton, but the status quo changed on Passo della Mendola, where a series of brief accelerations split the group. The two-time white jersey winner found himself at the back, but thanks to a daredevil descent he reconnected with the riders in the front and contributed to the pace-setting which allowed the sizeable group to tackle the final ascent with a comfortable buffer over the bunch.

When Nans Peters (AG2R) went clear on an uphill section with 16 kilometers to go, only a handful of riders, including Bob, tried to pull back the Frenchman, but failed to bring him back due to a lack of cohesion. The Deceuninck – Quick-Step rider concluded the stage a few minutes later, exhausted after an impressive effort put in over the 181km-long stage, which moved him up two positions in the general classification. 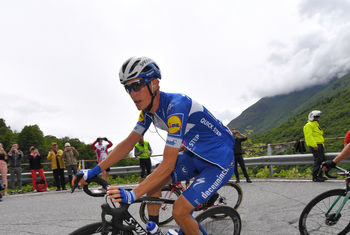 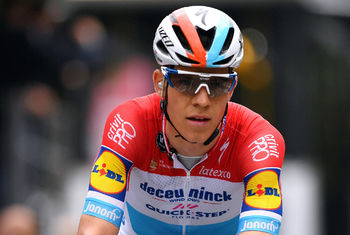 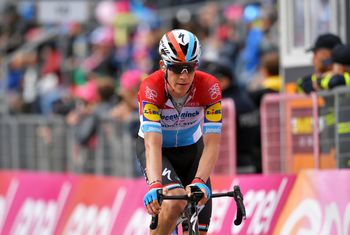