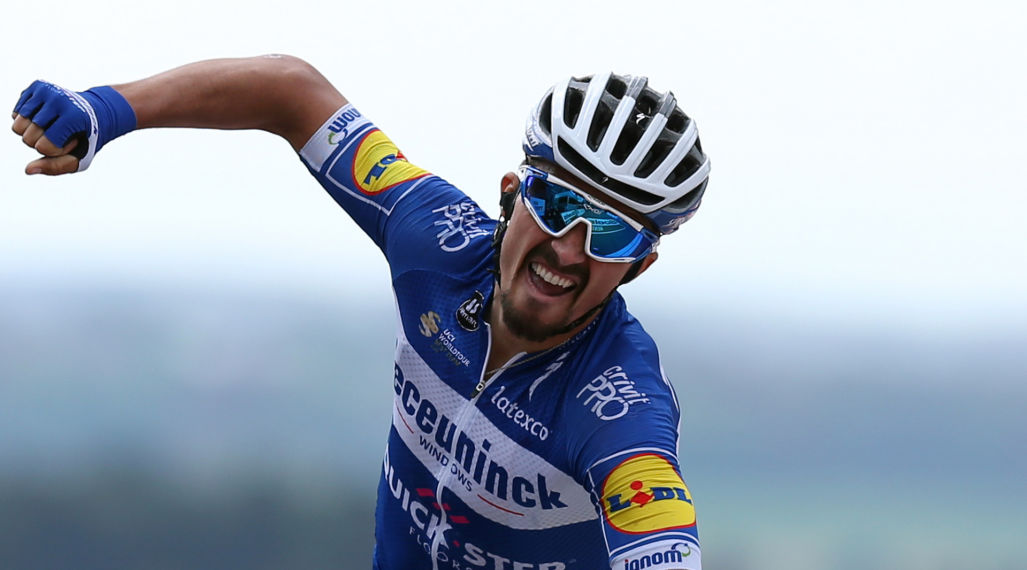 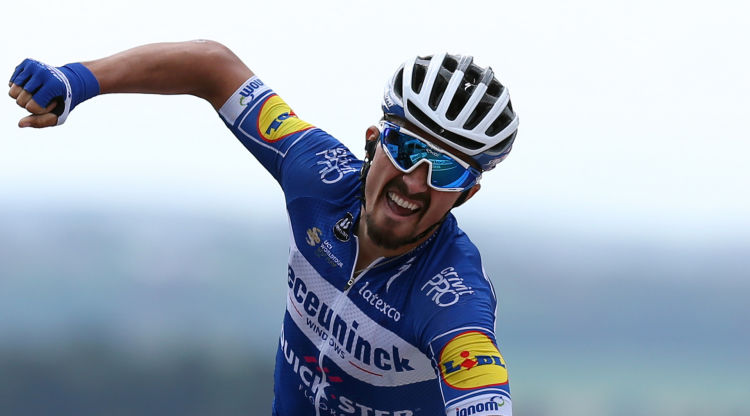 The UCI Individual Classification leader has extended his contract with the team.

Julian Alaphilippe put pen to paper and signed a new agreement with Deceuninck – Quick-Step, that will see him ride for our team – with which he turned pro at the beginning of 2014 – through 2021.

This season has been an astonishing one for Alaphilippe, who took his maiden Monument at the 110th Milano-Sanremo, after outsprinting an elite group on the iconic Via Roma, a triumph to which he added eight more wins in the space of just three months: Strade Bianche, Flèche Wallonne, and stages at the Vuelta a San Juan, Tour Colombia, Tirreno-Adriatico and Vuelta al Pais Vasco. 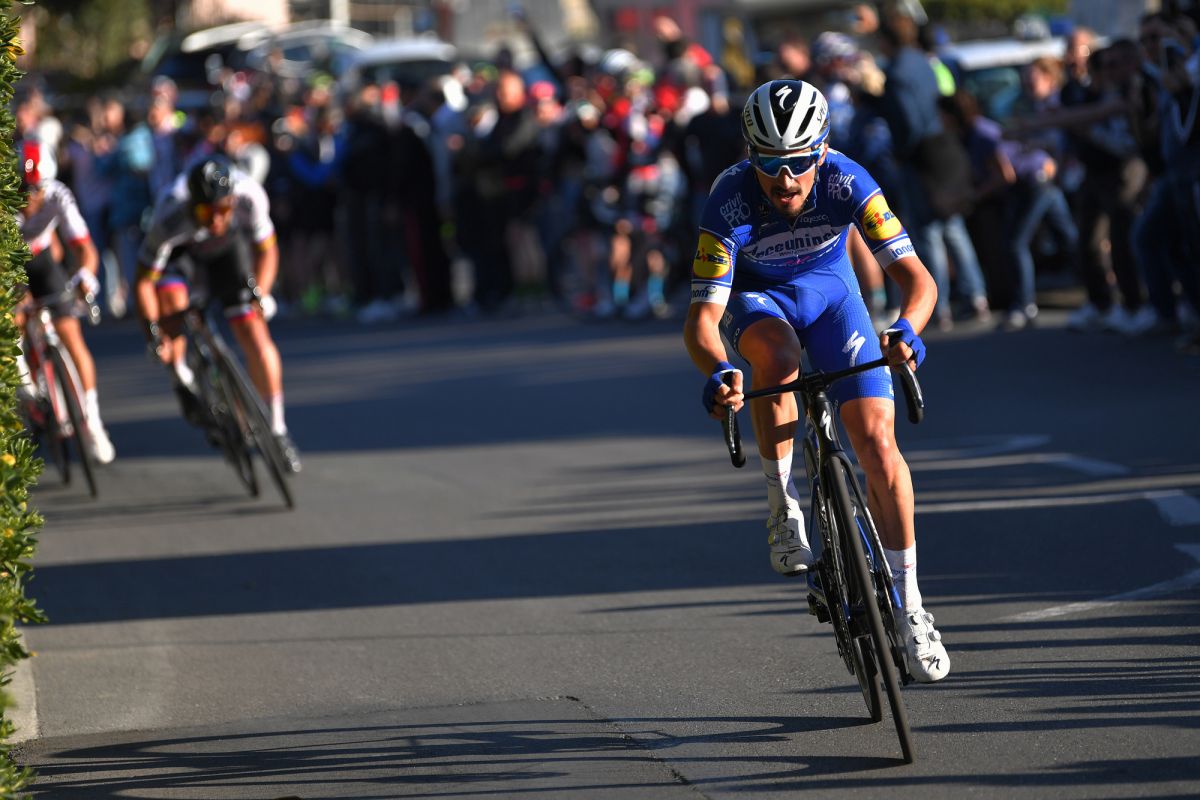 “This is the team which gave me the chance to turn pro six years ago and where I feel at home. It’s my second family and I am very grateful for all the support I have received over the years as part of the amazing Wolfpack. I had also other offers, but my priority was always to ink a new deal with Deceuninck – Quick-Step, because this squad has a unique spirit and winning mentality which make up for a perfect environment to develop. I’m happy I could sign this contract before the second part of the season, which I am ready to kick off at the Critérium du Dauphiné, next week”, said the reigning Tour de France KOM champion.

Deceuninck – Quick-Step CEO Patrick Lefevere couldn’t hide his delight at having retained the services of the 26-year-old Frenchman, who has notched up 27 wins since turning pro: “Julian is part of our incredible family and signing a new contract with him was one of our top priorities. We took him aboard when he was very young as part of our policy to invest in the up-and-coming talents, which we carefully nurture to become great riders. Julian is one of these riders, but he’s more than just a champion – capable of winning a wide range of races – he is also a nice and charismatic person, and we are extremely happy that he’ll continue to sport the team colours over the next two seasons, when we hope to enjoy many other beautiful and memorable victories together.”