Both Julian Alaphilippe and Rémi Cavagna produced an impressive time trial on the out-and-back course in Roanne.

The longest individual time trial in years at the Critérium du Dauphiné meant that the race shifted decisively to the general classification battle, which will only intensify later in the week, once the peloton will enter the high mountains. The 26.1km-long parcours featured in the first part a 2.2km climb averaging 8.2% which ended up playing a major role in the outcome, before a long and non-technical descent to the finish.

One of the early riders to roll down the ramp, Rémi Cavagna rode a superb time trial, blasting through the Saint-André-D’Apchon checkpoint on his way to setting the best provisional time on the line. His result was improved minutes later by teammate Julian Alaphilippe, an ITT stage winner this year at the Vuelta a San Juan, who powered on the challenging course starting and finishing in Roanne, stopping the clock in a blistering 34:37.

That time helped the Milano-Sanremo champion – who averaged 45.24km/h – stay in the hot seat for one hour, before the GC riders began coming home and improving his result. Eventually, Julian ended the day in seventh place (best result of a Frenchman), less than a minute behind stage winner Wout Van Aert (Jumbo-Visma), while Rémi was tenth; runner-up on the opening stage, Philippe Gilbert remained the highest-ranked Deceuninck – Quick-Step rider in the overall standings with four days to go. 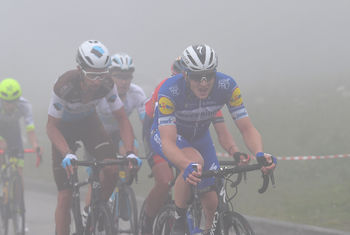 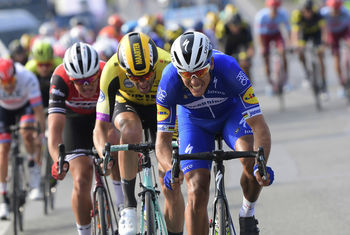 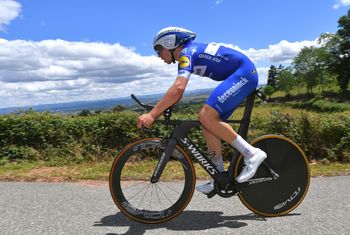