Double joy for Alaphilippe at the Dauphiné

Victorious at the end of Friday’s stage, the UCI Individual Classification leader also surged to the top of the KOM standings.

Three days after turning 27, Julian Alaphilippe made himself a beautiful and hard-worked gift – a second career stage victory at the Critérium du Dauphiné. To add to his delight, the win came with a bonus in the shape of the prestigious polka-dot jersey as leader of the King of the Mountains competition. For Julian, who has enjoyed a stellar season so far, it was the tenth win since the month of January, which sees him stay at the top of the 2019 victory rankings.

Stage 6 of the French World Tour race contained eight classified climbs and had the riders navigate a long course of 229 kilometers between Saint-Vulbas Plaine de l’Ain and Saint-Michel-de-Maurienne. Surprisingly, only three men decided to take on this rugged territory via the breakaway, attacking and getting a gap after 12 kilometers: Julian Alaphilippe, Alessandro De Marchi (CCC Team) and Gregor Muhlberger (Bora-hansgrohe).

On the lengthy valley road that took them to the first ascent of the day, which averaged a whisker over 7%, the trio’s advantage reached 11 minutes. Surprisingly it continued to stretch further until after the feed zone, when several teams joined forces and upped the pace, scratching off two minutes in the Maurienne valley, the ancestral passage traversed by Hannibal and his army during his famous campaign to invade Rome. 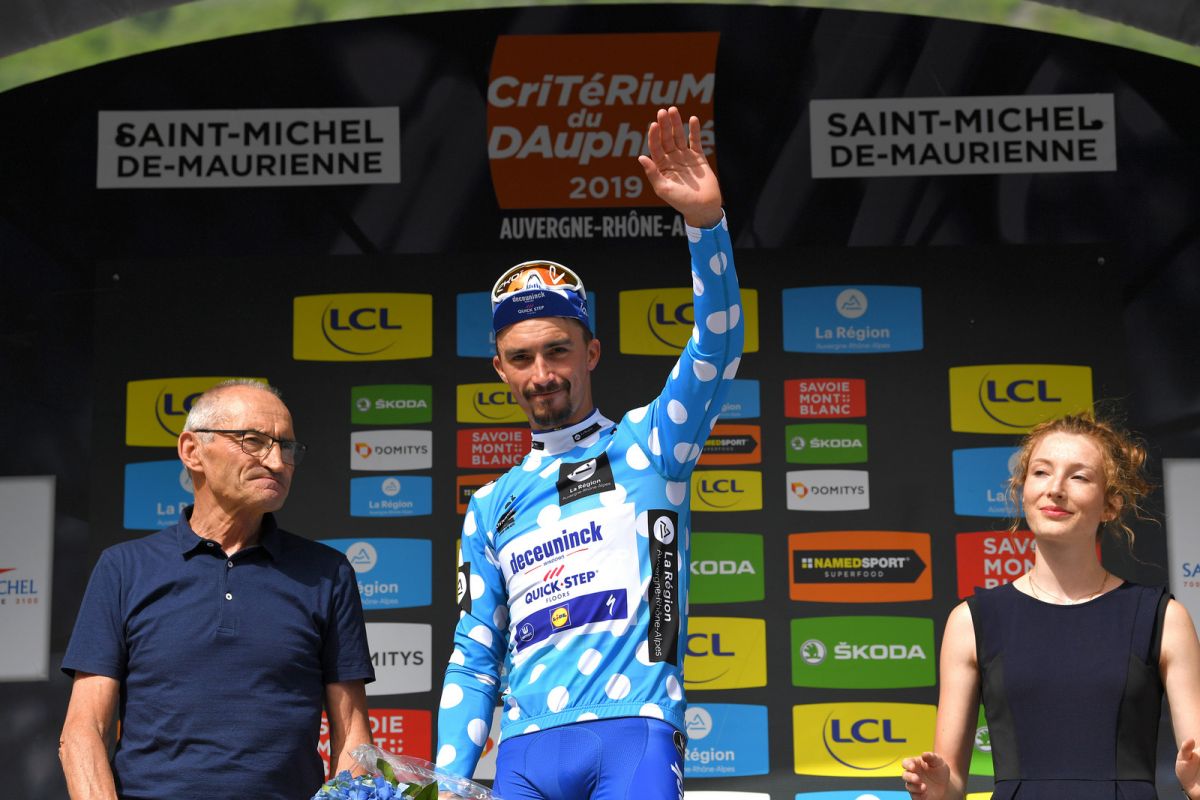 Alaphilippe continued to score in the KOM classification, making sure he would don the polka-dot jersey at the end of day. The last ascent of the stage was Col de Beaune, which made its debut on the Critérium du Dauphiné, and it was on this 8.1km-long climb averaging 6% that the concord between the escapees went up in smokes. Following these numerous skirmishes, De Marchi was dropped and didn’t return at the front, as Julian and Muhlberger continued to push on the technical descent.

Calm and carefully biding his time in the strong headwind at the finish, the Milano-Sanremo champion opened his sprint with only 120 meters to go and held off the Austrian, nabbing the stage for the width of a tyre. After two trips to the podium – for the stage honours and the best climber jersey – the charismatic Frenchman talked of what winning in front of his home fans meant for him.

“I’m always hungry and every victory is important, but to take a stage at the Dauphiné – my first race of the season in France – is really special and makes me extremely happy. The stage was long and hard, but we worked well together and opened that huge gap. In the sprint, I knew that Gregor was explosive and that with the headwind it was important not to go too early. It’s a beautiful win, good for my confidence before the Tour de France, and the fact that it brought me also the blue jersey makes it a really perfect day”, said Julian after netting Deceuninck – Quick-Step’s 36th success of the year. 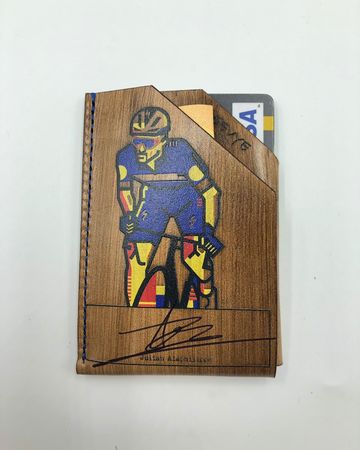 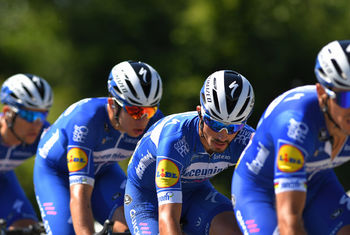 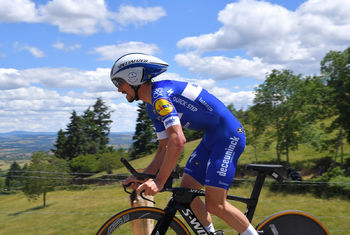 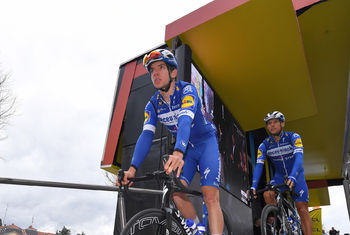 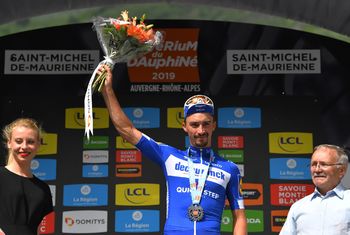