The second-year pro was our team’s highest-finisher Saturday afternoon.

Four weeks from his breakthrough ride at the Tour of California – where he won a stage (his first pro victory), took home the points jersey and finished on the overall podium – Kasper Asgreen returned to action. Part of a strong Deceuninck – Quick-Step team which lined up at the start of the 83rd Tour de Suisse, the 24-year-old Dane was one of the early starters and immediately found his rhythm, putting in a good effort and reaching the intermediate checkpoint with a solid time that gave him hopes of scoring a nice result.

Asgreen didn’t slow down on the second part of the route, demonstrating again his ITT capabilities on the 9.5km-long course in Langnau im Emmental and stopping the clock in 10:52, just fractions of a second from a top 3 finish. Provisional fourth at the finish, the Ronde van Vlaanderen runner-up was bumped down just one position by the end of the day, recording another impressive result in what is his first full pro season.

A hilly parcours, jammed with six classified climbs – the last of which will be tackled with twenty kilometers to go – is what the Tour de Suisse has in store for the peloton on Sunday, when it will give riders the chance to make some important gains in the general classification. 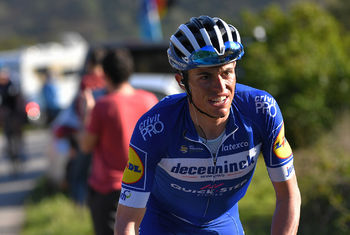