Elia Viviani finishes inside the top 10 on his return to the Grande Boucle.

In the past six decades, the Tour de France visited Brussels on several occasions, but on Saturday it was the first time in 61 years that the race started from Belgium’s capital, where thousands of fans came to cheer the riders, but also Eddy Merckx, who conquered his first of five yellow jersey 50 years ago, at his very debut in the race.

Deceuninck – Quick-Step assumed responsibility at the front immediately as soon as a four-man group broke clear, keeping in control their gap and ensuring it won’t go over three minutes as the course took the bunch over the famed Muur-Kapelmuur and Bosberg. Tour de France debutant Kasper Asgreen and Dries Devenyns were on duty, swapping turns with other riders and chewing into the escapees’ advantage, before the race turned awry on a long cobblestone stretch, where Elia Viviani punctured.

A mad chase ensued, and in the end, after ten full gas kilometers, the Italian fast man rejoined the bunch, where his teammates rallied around him while continuing to keep an eye on the break. Not surprisingly, the nervousness took its toll on the pack – which was storming at over 60km/h – twice inside the last twenty kilometers, when two crashes impacted heavily on the outcome, the last of which leaving just a small group to contest the sprint.

Our team was prominent with the likes of Julian Alaphilippe, Yves Lampaert, Michael Mørkøv and Max Richeze, who worked hard to bring Elia Viviani into position, but due to the chaos, the 30-year-old Italian found himself at the back and then boxed in and couldn’t open his sprint on the uphill drag, where Mike Teunissen (Jumbo-Visma) emerged victorious.

Winner of six World Tour races this season, Elia finished ninth, and explained how things went in the finale: “I was on Max’s wheel with two kilometers to go, but on a chicane some riders got between us and I lost a few positions. I had to push in order to get back and that effort cost me in the end. Despite this, I could have done better if not for a contact with Ewan, due to which I lost a couple of places. I am sad, because the guys did again a perfect job and I couldn’t finish it off, but we will keep trying over the next days.” 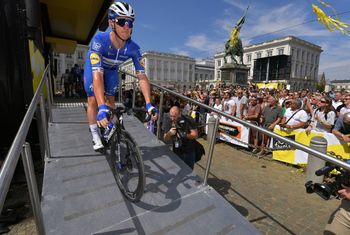 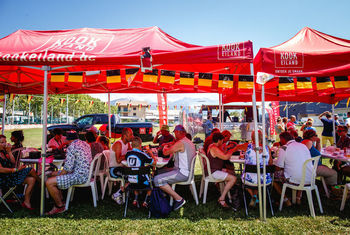 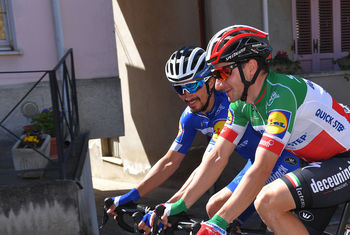 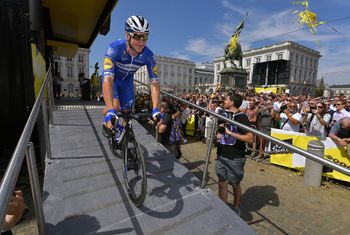