Julian became the Deceuninck – Quick-Step rider with the most days spent in the prestigious distinctive jersey.

Julian Alaphilippe’s special day started at the team bus, where he was greeted by the hundreds of fans who came to see the first French rider in half a decade to sport the iconic yellow jersey on July 14, continued briefly at the sign-on – where he made his way through a sea of enthusiastic supporters – and then over the 170.5km-long hilly course between Saint-Étienne and Brioude.

Featuring three ranked climbs, stage 9 didn’t pose a problem to the peloton, who decided to take it easy and leave a 15-man breakaway fight for glory. Surrounded by his Deceuninck – Quick-Step teammates, who devoted all their energies to working for him, Julian savoured his time in the spotlight, twenty-four hours after igniting a devastating attack that netted him a second spell in the yellow jersey. 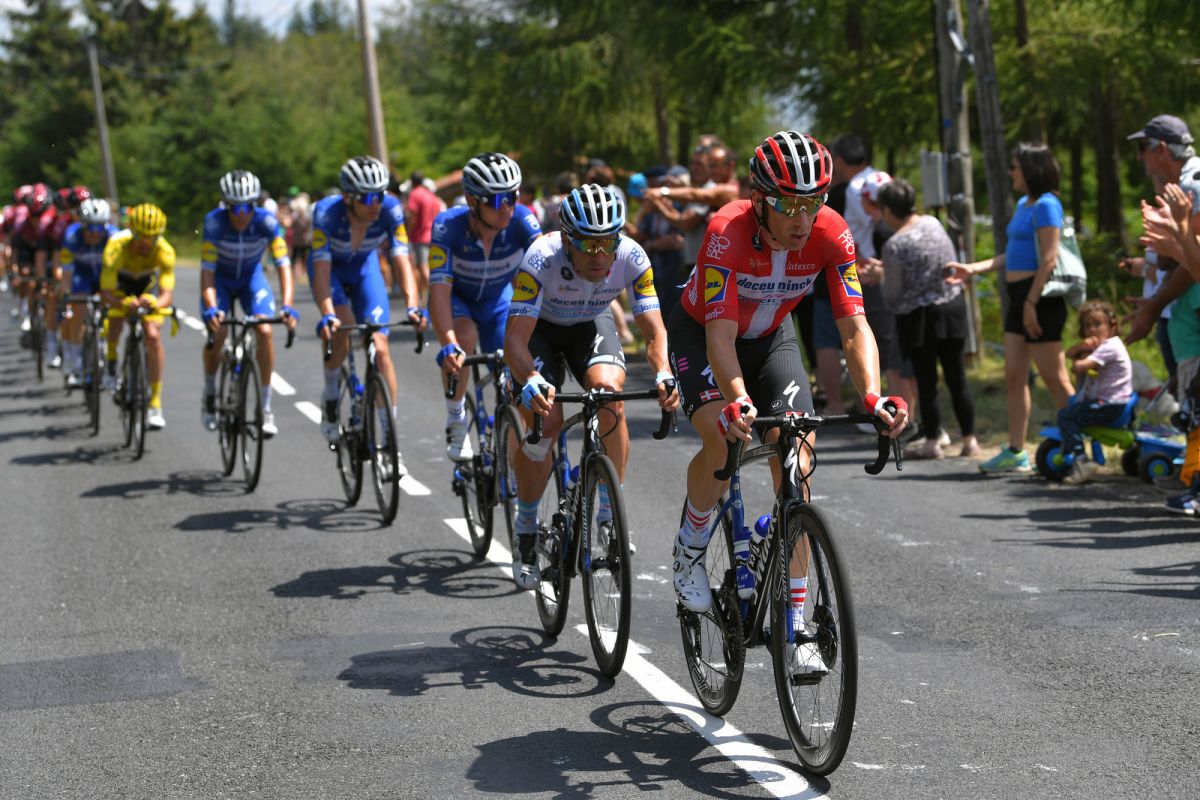 With the stage win being played out between the escapees, the peloton enjoyed a quiet day, which not even an attack on the final climb couldn’t disturb, and arrived at the finish a quarter of an hour after winner Daryl Impey (Mitchelton-Scott), in the applause of a generous public who gave Julian – the third Frenchman since the turn of the century to wear the yellow jersey on Bastille Day – a raucous welcome.

“It’s difficult to describe what it means to wear the maillot jaune on July 14, but what I can tell you is that it was more beautiful than the first time I wore it, at the beginning of the week. I spent the entire stage together with my teammates, who controlled it and protected me, for which I am very grateful”, said Julian, who now has five days in yellow, an all-time record for a Deceuninck – Quick-Step rider.

The 27-old Frenchman, who is living his best season yet, which so far includes 11 victories and a lengthy stint at the top of the UCI Individual Classification, continued: “The support I got from the public was phenomenal and is something I will always remember. Hearing my name from the moment I get out of the bus until I arrive in my hotel room is something very special and makes me fight even harder to keep the maillot jaune it for as long as possible.” 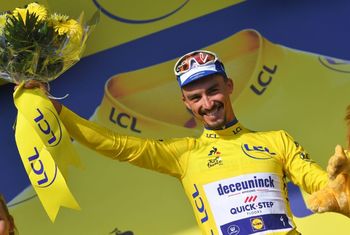 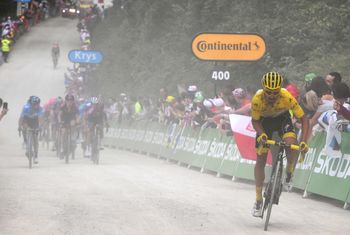 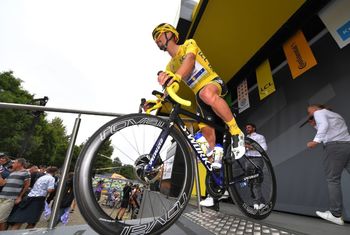 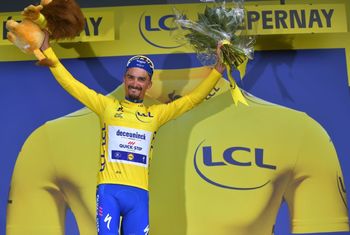 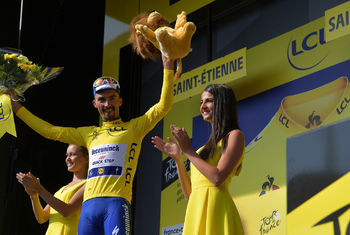 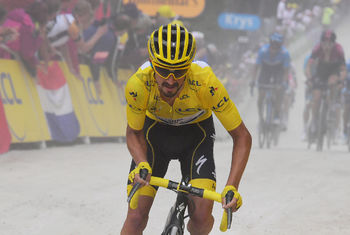 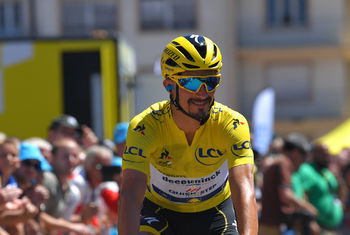 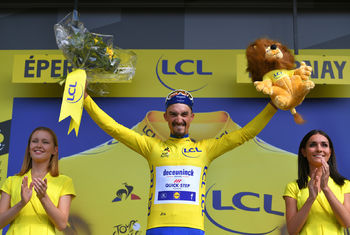 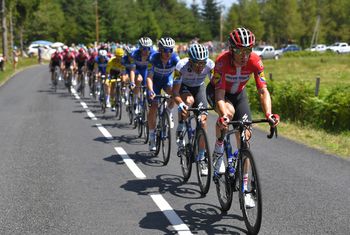