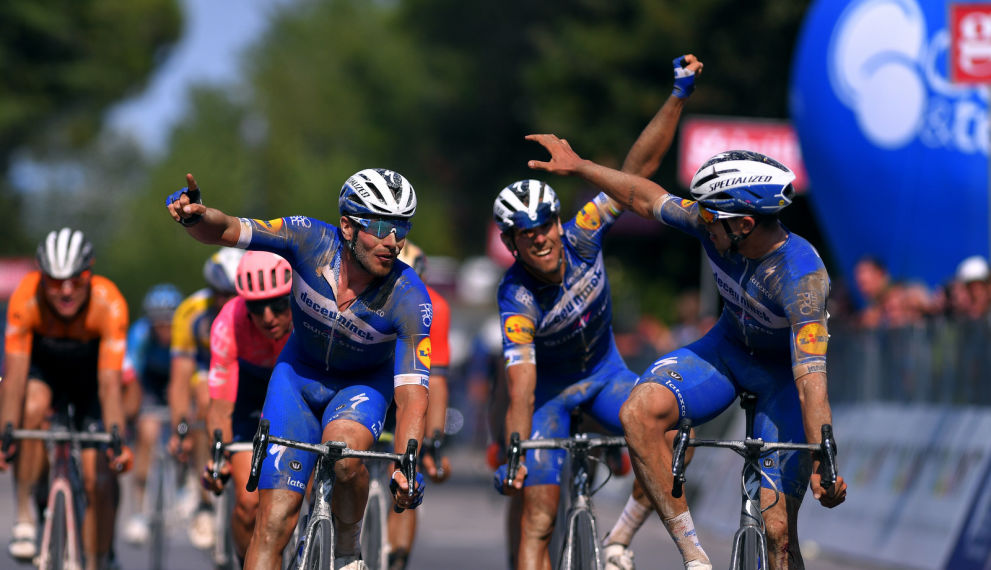 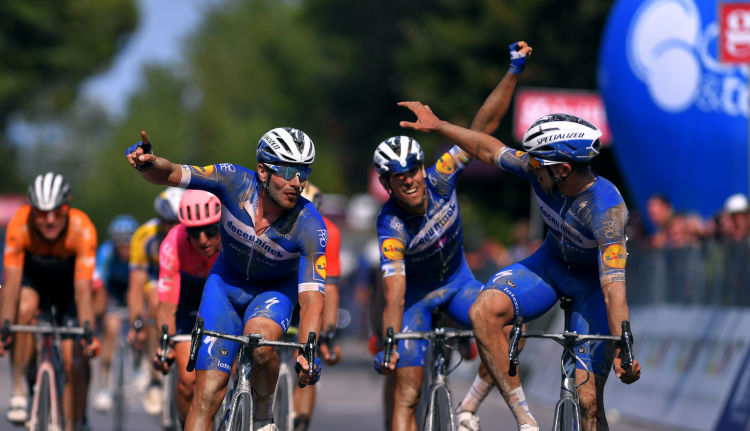 The Colombian led home a spectacular 1-2-3 for our team, on the opening stage of the Adriatica Ionica Race.

For the eighth consecutive season, Deceuninck – Quick-Step reached the tally of 50 victories. This time it was with particular panache, on the spectacular and action-packed Adriatica Ionica 189km-long leg from Favaro Veneto to Grado, where 22-year-old Alvaro Hodeg celebrated his fourth victory of the season.

“Today’s stage wasn’t easy, the sterrate making things really nervous. In the beginning, I was one of the team’s riders to crash, but we got up and continued the race even more motivated. Then, on the penultimate sector, Philippe accelerated and narrowed the group, and this paved the way for my victory”, said an elated Alvaro Hodeg, who leads the overall, points and youth classification.

The stage took in six dirt road sectors, for a total of 23 kilometers of sterrate, which enlivened the race and made up for some aggressive racing, especially in the second half, when under the impetus of Deceuninck – Quick-Step, the peloton got shattered to pieces and the attacks began coming at a rapid pace. At Aquileia, only 60 men were still part of the main group, who was closing in on the five-man breakaway group, which got reeled in ahead of the penultimate gravel sector. 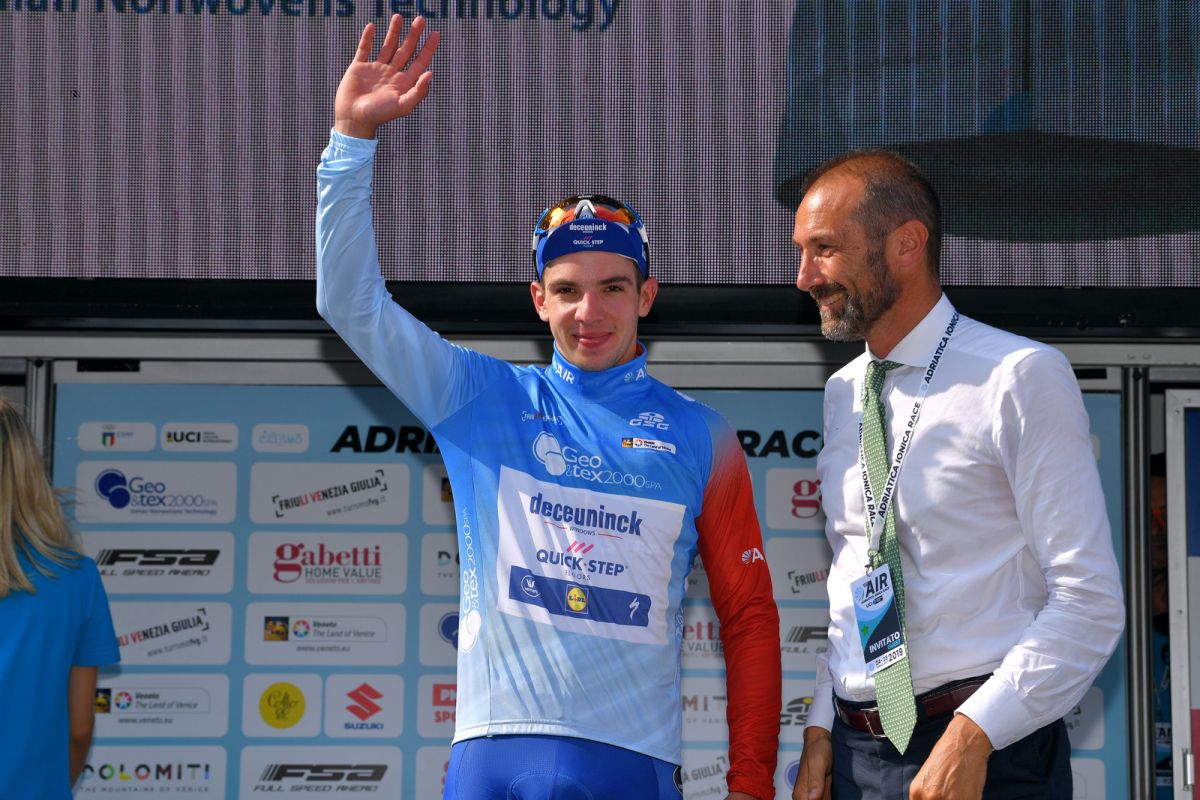 The Wolfpack launched a strong collective attack there, bringing further damage to the bunch and making an important selection, with 20 kilometers to go. Several riders managed to bridge across, but our team still had the numbers and made use of this in the finale, where Alvaro Hodeg – supported by an unbeatable lead-out train – claimed the victory, followed by his teammates Florian Sénéchal and Philippe Gilbert.

“Having three riders on the podium is a great result for our team and a picture that I will always keep with me, because it’s not every day that a team fills in the podium of a race, especially a hard one as that of today. This victory feeds my confidence, as it came four weeks after my previous race, and winning immediately shows the condition is there. We’ll see what the next stages hold in store, but we are motivated to go after more solid results, that’s for sure.” 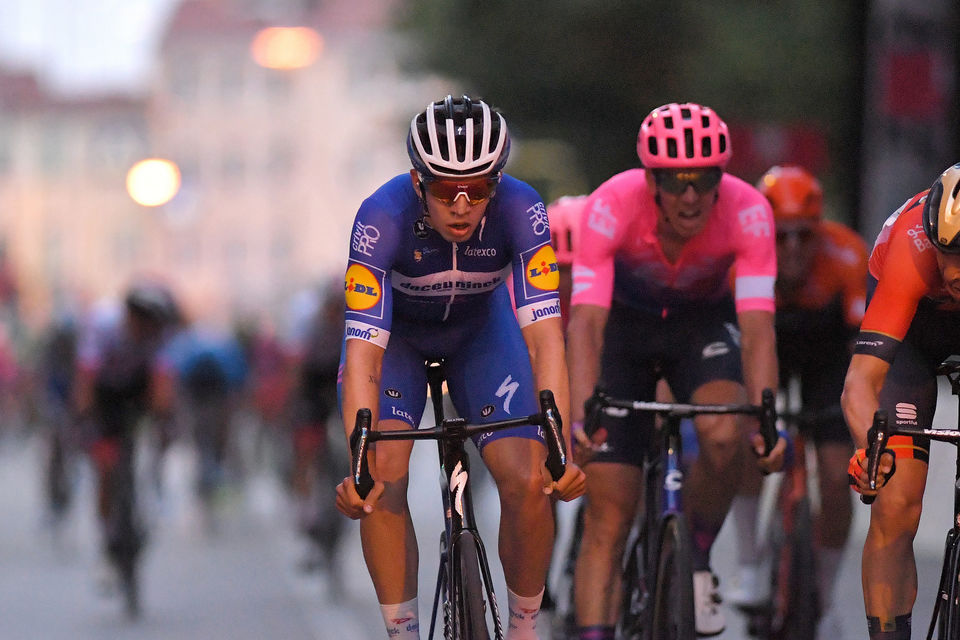 Second place for Hodeg in Mestre 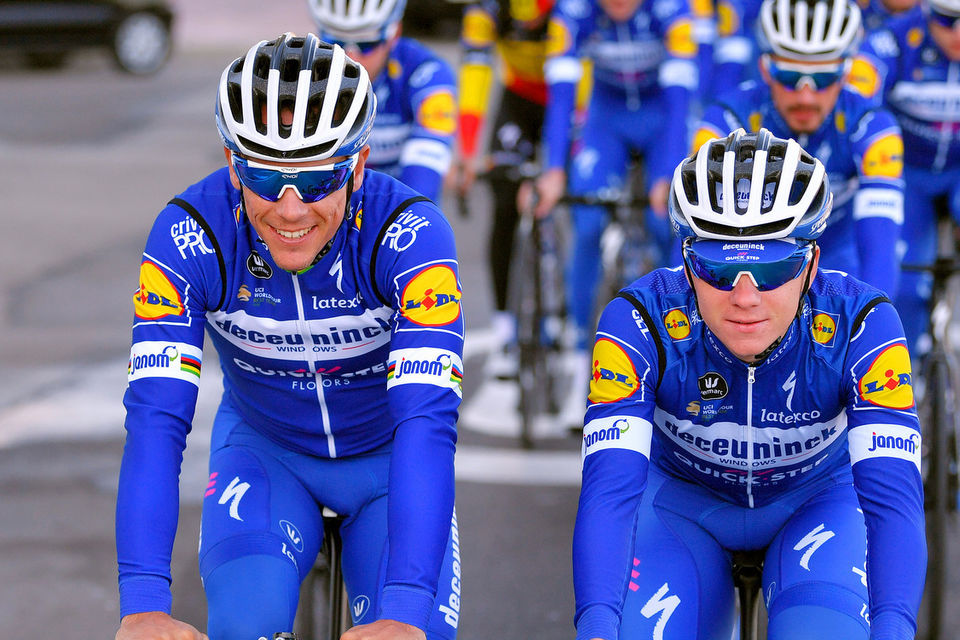 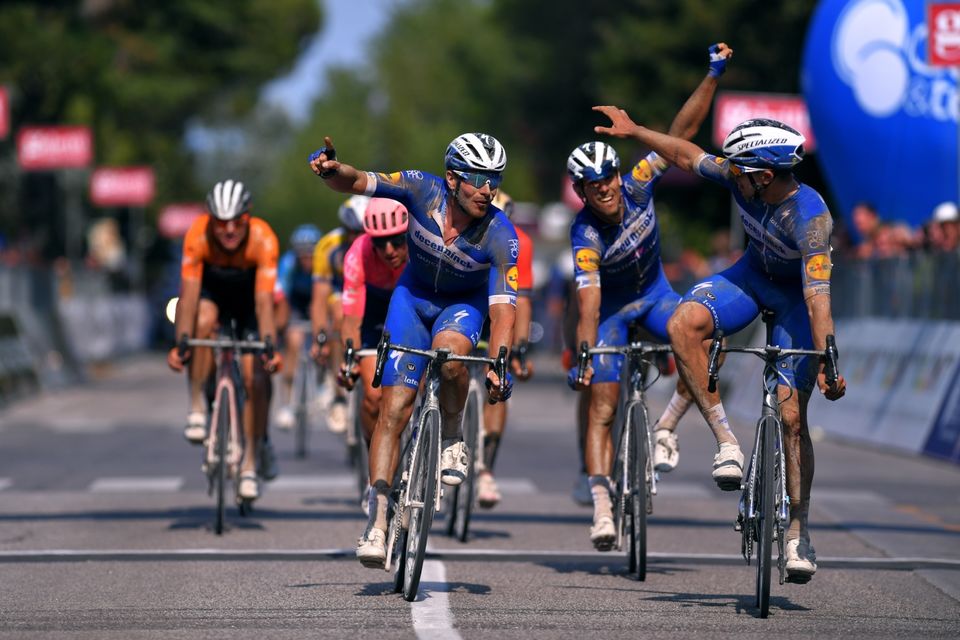