Deceuninck – Quick-Step remain at the top of the UCI World Team Classification.

James Knox added another strong result to his 2019 palmares, which before this week included an eighth place at the UAE Tour and third at Adriatica Ionica Race, thanks to a strong and composed ride throughout the seven stages of the Tour de Pologne, which once again concluded in Bukowina Tatrzanska, after a course that gave little respite.

The race witnessed two fights, one between the breakaway riders for the win, and another featuring the GC contenders, who were all sitting within 20 seconds at the start of the day. While the victory went to Matej Mohoric (Bahrain-Merida), who attacked and dropped his companions, the favourites kicked off their battle early, a sudden injection of pace dropping the yellow jersey a long way from the finish.

Inside the last 40 kilometers, the rugged terrain began taking its toll on more and more riders, at one point even James Knox finding himself at the wrong end of a split, before chasing hard and bridging across. Several riders then tried to clip away, forcing a response from the peloton, but James paced his effort very smartly and made sure of remaining in the main group, which kept the pace high on the final climb in an attempt to shed other riders out the back.

Exhausted after the relentless 153.km-long stage, Knox found plenty of reasons to smile at the finish after catching his breath when he received the news that he finished the race in tenth overall: “It was a very difficult stage and I didn’t have the best legs, as I still felt tired from yesterday and suffered a lot. I got dropped, but fought really hard and managed to return to the group and save my GC, but I must admit I was a bit lucky, because if the tempo was higher after the climbs, then I would have lost my position. Now I’m happy, tenth is a nice result and hopefully I won’t stop here this season.”

Following the Tour de Pologne, Deceuninck – Quick-Step cemented its place at the top of the UCI World Tour Classification, which our squad will lead for the 73rd consecutive week. 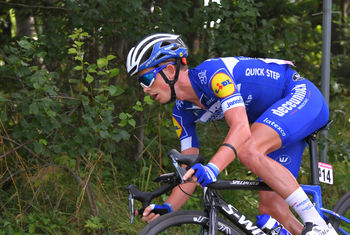 Knox soars into the top 10 at the Tour de Pologne 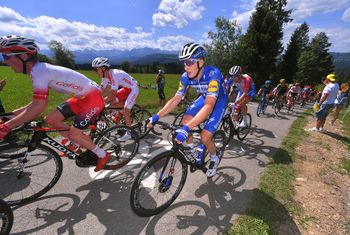