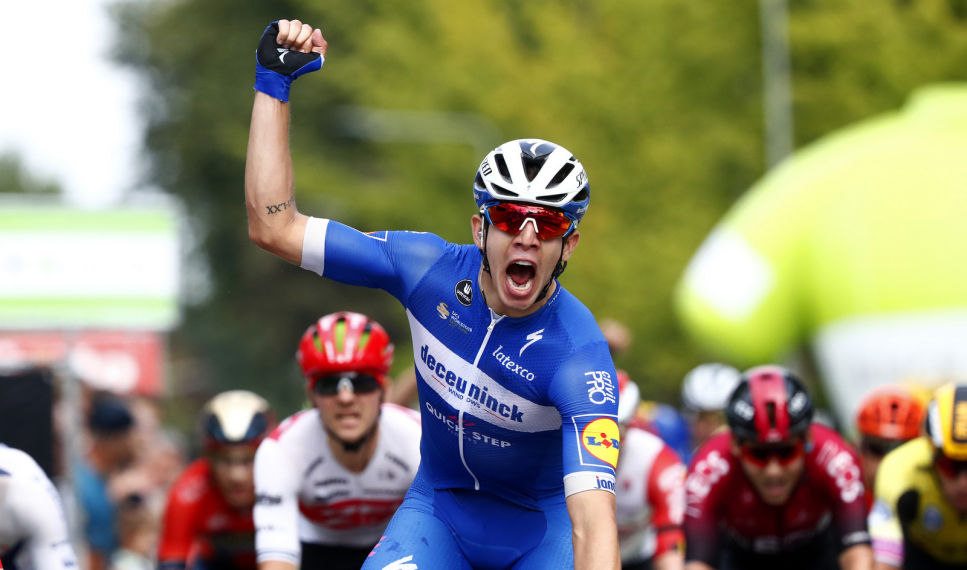 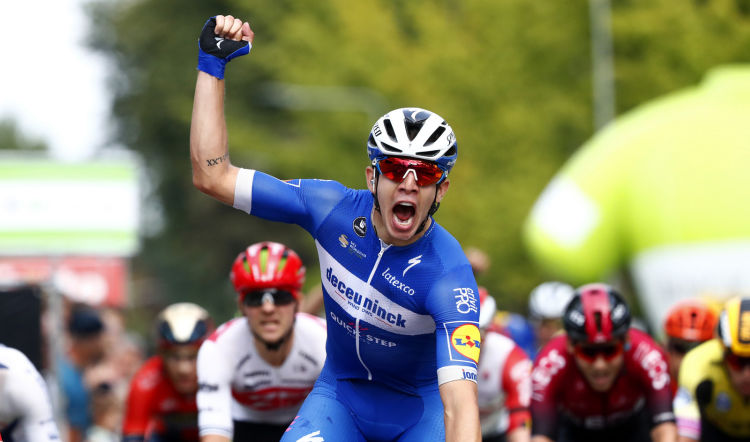 Alvaro Hodeg became the first ever Colombian rider to notch up a win at the BinckBank Tour, emerging as the fastest in Venray after a perfect lead-out of Florian Sénéchal and Zdenek Stybar, who guided him through the peloton in the hectic finale of stage 5.

The longest day of the race was controlled by Deceuninck – Quick-Step as soon as the bunch exited the neutralised zone and a six-man breakaway formed on the flat roads that took the riders from Belgium to the Netherlands. Surprisingly, the sextet stayed at the front just 35 kilometers, before being pegged back by the group from where four riders quickly jumped and established a three-minute buffer. 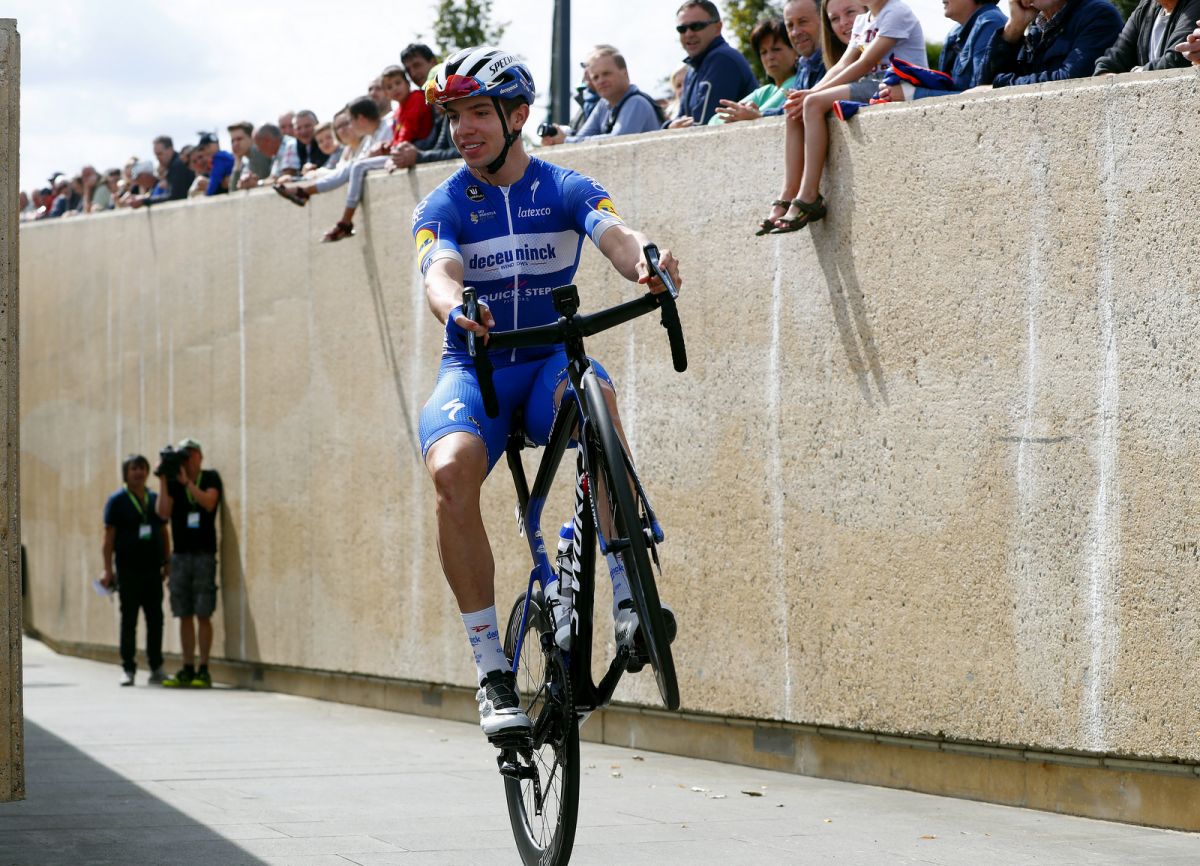 Tim Declercq and Iljo Keisse continued to police the front of the peloton and cut back the deficit to the leaders, whose adventure came to an end inside five kilometers to go. Deceuninck – Quick-Step made themselves prominent under the flamme rouge, winding up the pace for Alvaro Hodeg, who was glued to their wheel. The young Colombian was dropped off in excellent position by 2013 BinckBank Tour overall winner Zdenek Stybar and kicked out within sight of the line, holding off Sam Bennett (Bora-hansgrohe) and scoring Deceuninck – Quick-Step’s 17th stage victory at the race.

“It was the sprinters’ last opportunity here and the guys did again an amazing job the entire day, just as on the previous stages. They protected me from start to finish and gave me a really superb lead-out going into the last corner, which I knew it was going to be decisive. All I had to do was to finish off their great work and bring another victory to the team. It feels nice to be the first Colombian to win at the BinckBank Tour and I am very happy with what we achieved”, said Alvaro after capturing his sixth victory of the season. 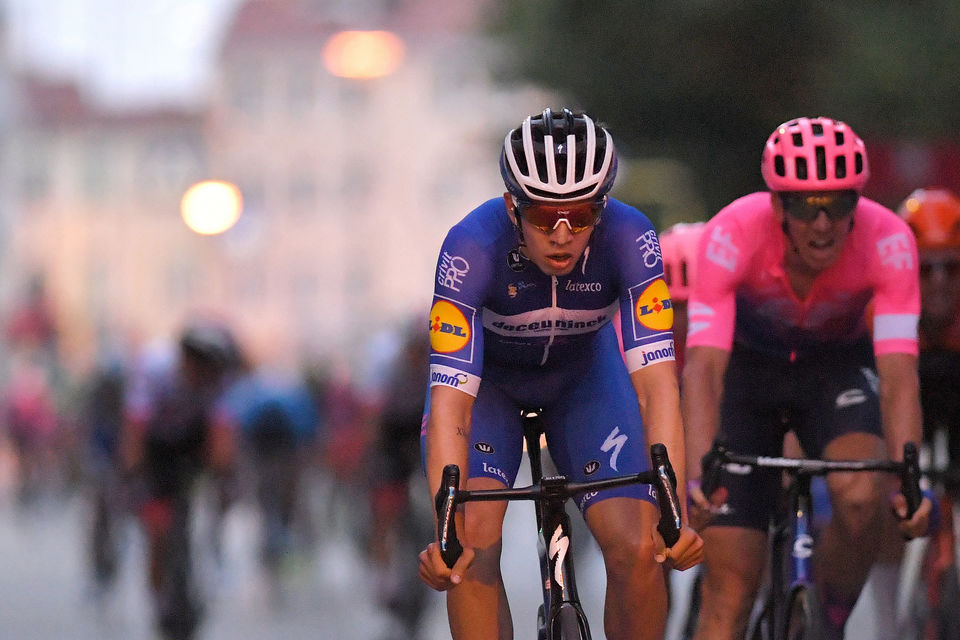 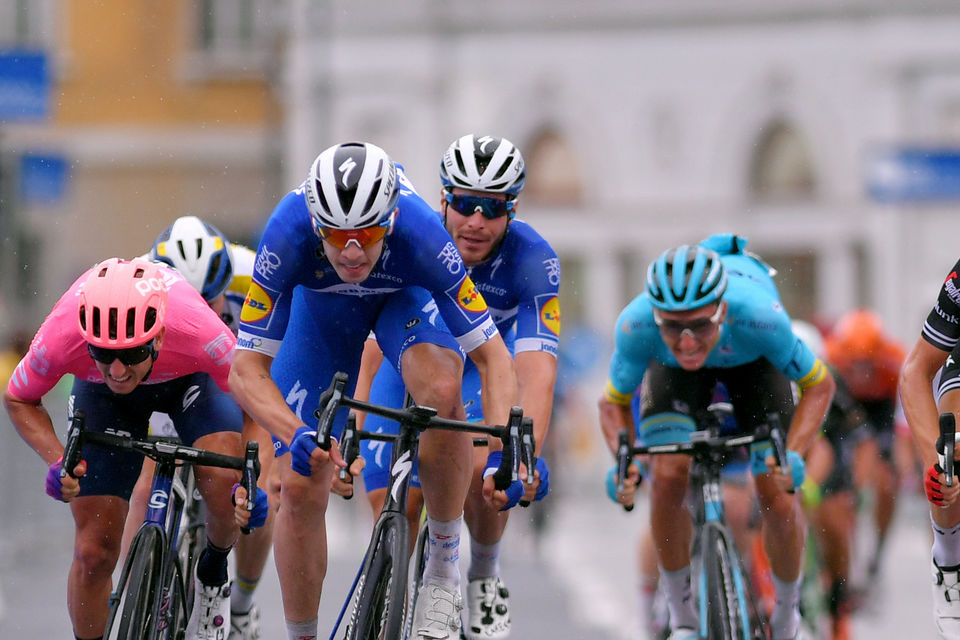 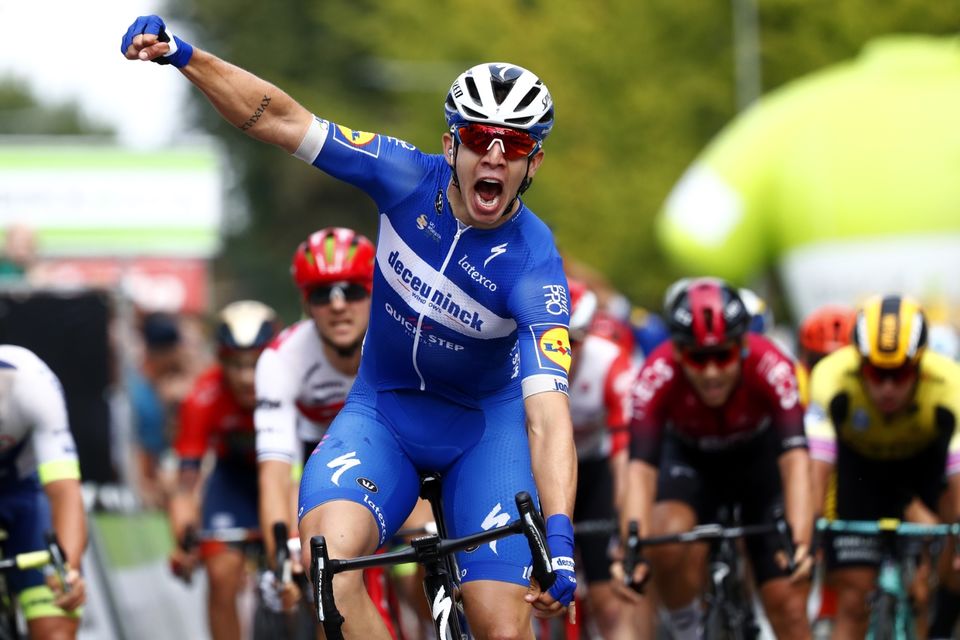