Sénéchal muscles his way to 9th at Bretagne Classic

The 26-year-old Frenchman recorded his tenth top 10 of the season on home soil.

Bretagne Classic was again an explosive event, with full gas racing from kilometer zero, when four men escaped the peloton’s clutches and ensured themselves a huge buffer of ten minutes, forcing the bunch to put in quite the chase. Deceuninck – Quick-Step assumed responsibility and controlled the 248.1km World Tour race for the better part of it, until with 30 kilometers to go, when a series of short but brutal hills, doubled by a series of accelerations, saw Elia Viviani lose contact with the group.

Le Samyn winner Florian Sénéchal was an aggressive presence in the finale, so he stepped in and took over for our squad, reacting to a brace of attacks and even launching a move of his own, which was unfortunately brought back to heel 25 kilometers from the finish. Not long after, a trio got clear and taking advantage of the hesitation behind, they went all the way to the line, where Sep Vanmarcke (EF Education First) outsprinted his companions.

After attacking again with seven kilometers to go, Florian arrived in Plouay less than half a minute behind and took ninth place, another solid placing in what’s been his best season to date. His result helped Deceuninck – Quick-Step extend its lead at the top of the UCI World Team Classification, which the Wolfpack tops for a staggering 75 consecutive weeks. 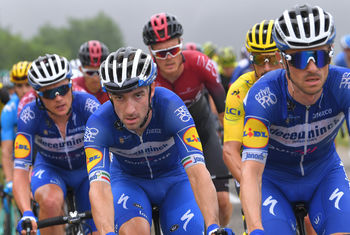 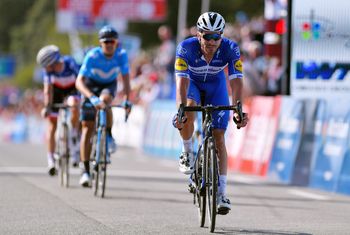