A 190.5km-long route sprinkled by twelve hills and a couple of cobblestone sectors was what the riders had to tackle on Saturday afternoon, when they lined out in Jubelpark for Brussels Cycling Classic, one of the oldest races on the international calendar.

Deceuninck – Quick-Step – a winner of event on three occasions (2004, 2008, 2012) – was one of the squads to take over the reins of the peloton as soon as seven riders clipped off the front and established a gap of four minutes. Going into the last 50 kilometers, the chase became so fierce that the bunch split and five riders took advantage of that to join the escapees. The rain that began falling in the last hour made the leaders dream they could pull it off, but the peloton regrouped and overhauled them ten kilometers from the finish.

Three Deceuninck – Quick-Step riders stormed to the front of the group, which began to lose riders when the pace increased, but unfortunately the team’s plans were scuppered when Alvaro Hodeg suffered a mechanical inside three kilometers to go. That left Florian Sénéchal, helped by stagiaire Jannik Steimle, to carry the flag for the Wolfpack, and the Frenchman sprinted on the uphill drag to the finish, taking 13th.

“The race went perfectly for us until the final. We controlled things, remained attentive and tried to deliver Alvaro for a bunch sprint, but then he punctured, and his race was over. We still had a few guys in the front, but also the other fast riders were there. Despite being tired after giving everything in this hard race, Florian still tried to go for a nice result. In the end, it’s a real pity for that flat of Alvaro. Things could have been very different without it”, Tom Steels said at the finish. 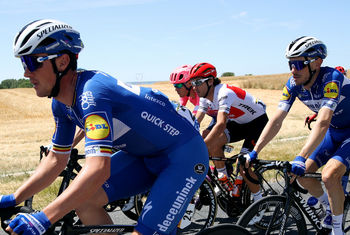 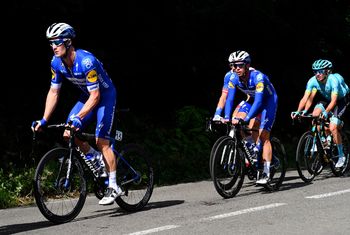