Our stagiaire became the first ever German to triumph at the tough kermesse held in Flanders.

Jannik Steimle needed just three races to hit the ground running and show his potential in the Deceuninck – Quick-Step jersey. After helping the team at Izegem Koers and Brussels Cycling Classic, the 23-year-old seized the opportunity as soon it arose, proving he has what it takes to be a member of the Wolfpack.

Textielprijs Vichte (174 kilometers), won by Deceuninck – Quick-Step at the last three editions, got off in typical fashion, with a large group trying to escape the peloton’s clutches early in the race and finally managing to do that after 20 kilometers and several skirmishes. Our squad was represented in that move by Jannik Steimle, who not only contributed to the pace-setting, but also tried to shape the race, launching several attacks which ended up reducing the group to a handful of riders.

Despite entering the closing 15 kilometers with their margin eroded from three to one minute, the attackers continued to ride flat out and held off the bunch, fighting for victory in the small Flemish town. One of the most active riders in the race, Jannik attacked with two kilometers to go, despite possessing a strong finishing kick, and after being reeled in by his companions, he surprised them by starting the sprint from the distance and going all the way to the line. 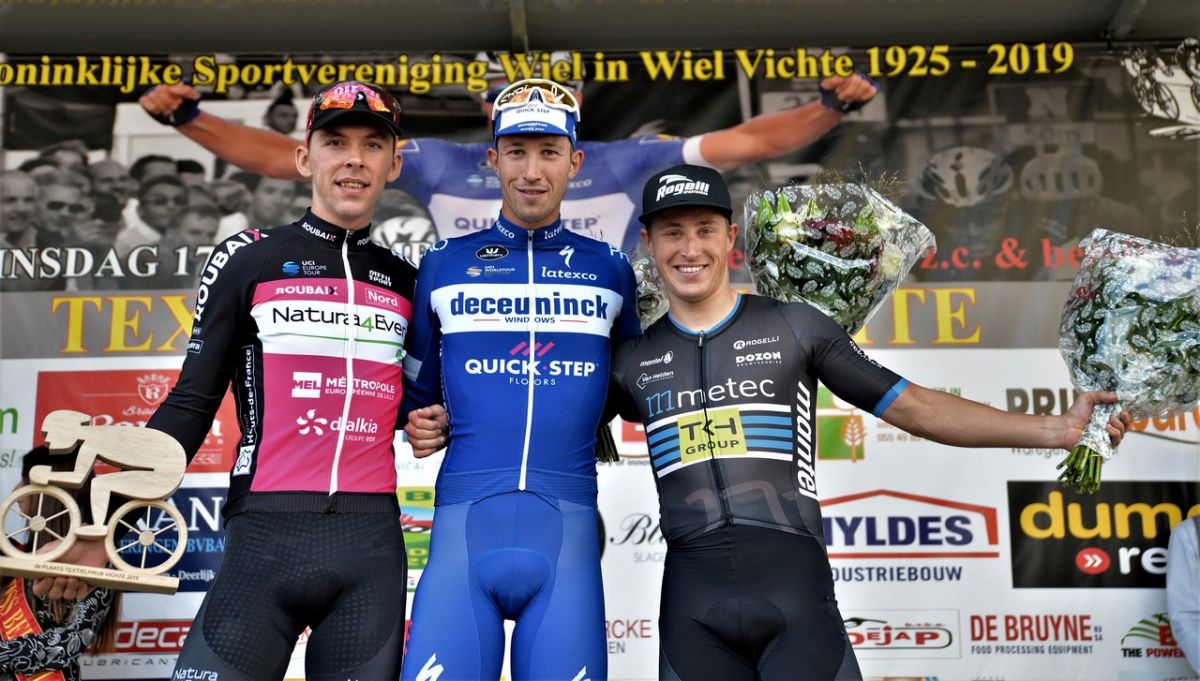 A comfortable and convincing win for Jannik, his first for Deceuninck – Quick-Step, was the cherry on top of a day that will easily go down as one of the best and memorable in his life, which saw him become the first German victorious in Textielprijs Vichte just a few hours after inking a pro contract with the Wolfpack.

“Just being in this jersey motivates you to give your all and go for the best possible result! Today I wanted to win, so I attacked on the first lap, and then on the second, when twenty of us rode clear of the peloton. Inside the last two laps, I went again to make a selection in the breakaway, followed by another move two kilometers from the finish, when I tried to go solo, but the others responded. I opened my sprint from far out, with still 300 meters to go, and despite the distance, I maintained the power and claimed this beautiful win. To be quite frank, all that has happened today is unbelievable”, an over the moon Steimle said after the podium celebration.