Hodeg to return to Colombia

Two days after undergoing surgery in Roeselare to fix a fracture he suffered on his right shoulder as consequence of a hard crash on the finishing straight of the Tour de l’Eurometropole, Alvaro Hodeg left the hospital, after further examinations showed no rupture of the bicep tendon.

The Colombian sprinter, a winner of seven races in his second season with Deceuninck – Quick-Step, will stay a few more days in Belgium to recover before flying to Colombia after the weekend, where he’ll spend three weeks in a cast and three more weeks off the bike before restarting his training.

“It’s not easy, but what hurts me the most is to finish my season in this way, especially as there were a few more opportunities to add to my 2019 tally. On the other hand, I am grateful that it wasn’t anything worse and want to thank to everyone – team, doctors and fans – for their help and well wishes”, Alvaro said. “I will now rest and count the days until I can return on the bike and start my preparations for what I hope to be an even more successful season with the Wolfpack.” 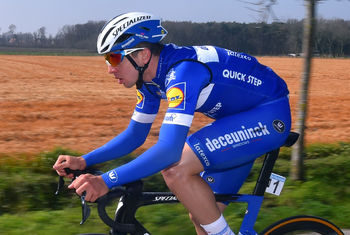 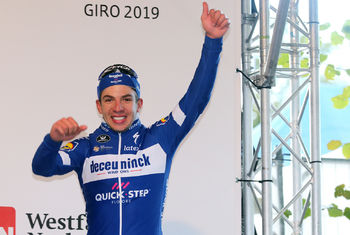