Remco Evenepoel continued to write history, two months after ending his maiden pro season, by becoming the youngest ever recipient of the Kristallen Fiets trophy, which rewards the best Belgian rider of the year.

The prize was a well-deserved one for Remco, who became the second Deceuninck – Quick-Step rider to win it, after Tom Boonen (2004-2006, 2012). His stellar campaign included five victories and several records set along the way by Evenepoel, who now boasts a palmares that at the age of 19 already includes the European ITT Title, the Belgium Tour, Clasica San Sebastian, and the silver medal at the World Time Trial Championships.

“I am very happy and proud that I managed to win an individual trophy this year. It means I’ve had a nice season and some good performances. It’s a culmination of my first year with Deceuninck – Quick-Step, which was very special, and this trophy means a lot to me. It’s an amazing feeling and it gives me wings to go into the winter break and fully focus on next year, as I am prepared and motivated to work hard. I can’t wait to go to Calpe in a few days and join the team for our winter training camp”, said Remco, whose success ahead of teammate Philippe Gilbert came just one year after capturing the trophy awarded to the best young Belgian rider. 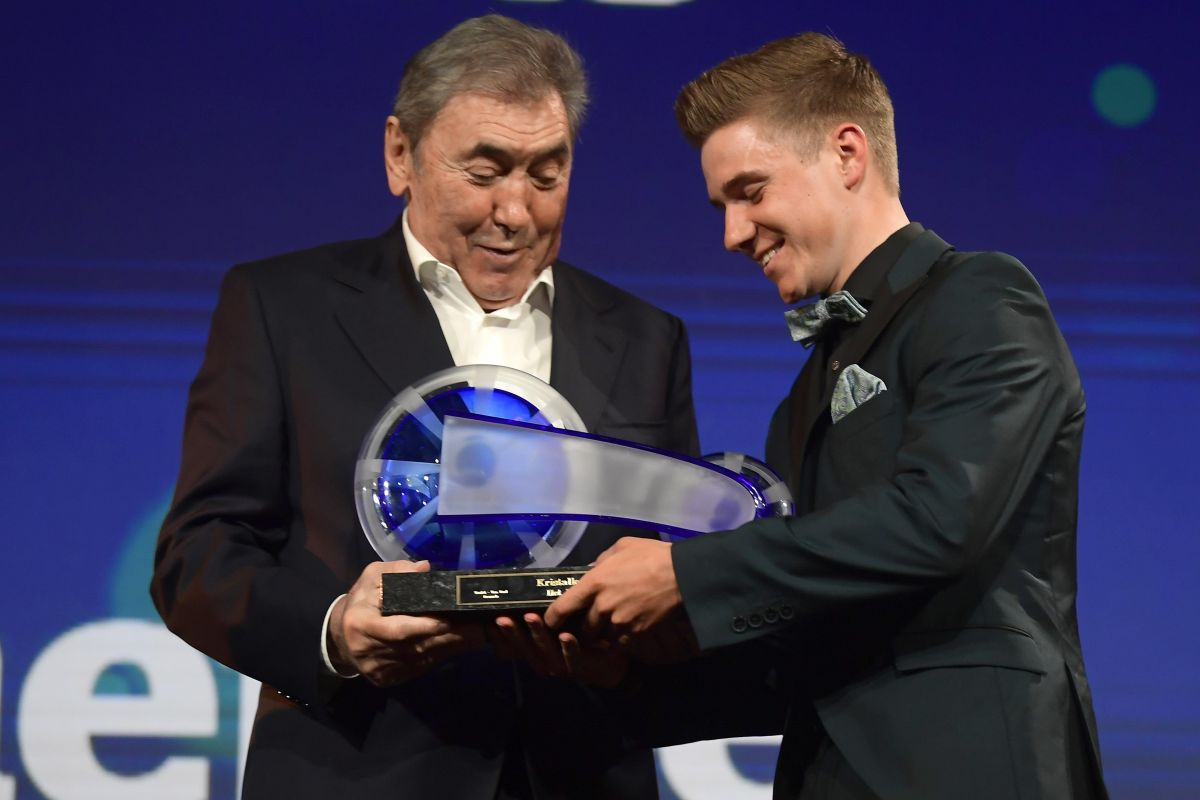 Tim Declercq, who played a quintessential role in many of the Wolfpack’s 68 victories in 2019, took for the second time in a row the Best Domestique Prize – which since 2012 has always been won by a Deceuninck – Quick-Step rider.

“I rate this second Kristallen Zweetdruppel higher than that of 2018. The competition was really tough with De Plus and Devenyns, who has done an amazing job for Alaphilippe over the past year. Why this award always goes to one of our riders? We have many leaders and winners in the team, so there’s also a lot of domestique work that needs to be done. It’s my job and it’s what I do best on a bike. It’s really nice that I can win an award with it”, said Tim, to whom the organisers prepared a surprise as he went on the stage. “They told me that someone special would give me the trophy, but I didn’t know who. It’s amazing that Yves Lampaert was the one to give it to me. We have a great bond. We also help each other to reach a higher level. It’s really special to get the trophy from Yves.”

Patrick Lefevere, the bona fide admiral at the helm of the Deceuninck – Quick-Step battleship, also took to the podium, for a seventh Best Manager of the Year award, a new record since the inception of the Kristallen Fiets Gala: “I am so proud to be here and receive a seventh trophy. It’s an honour, but what made this night truly special was to be on the podium together with two of our riders. Their prizes serve as further confirmation of the extraordinary season we’ve had and the hard work we put in every single year. You can’t run an organisation by yourself. Everyone – riders, soigneurs, mechanics, sponsors – contributed to this success. It’s not the success of a man, but of an entire team. We are the Wolfpack, we have a really strong bond, and knowing that people want to ride or work for us makes me extremely proud.” 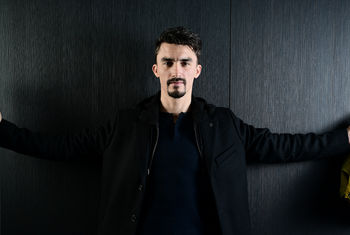 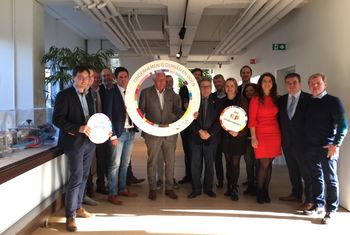