Remco Evenepoel modelled the kit our team will use in its 18th season.

December isn’t just the month of gifts, fairy lights and Christmas, but also the moment when our 28 riders get to discover the kit that they will sport for the next 12 months in some of the world’s biggest races. Just like the wolf changes his coat but not his character, so the “Wolfpack” have a new livery in 2020, while continuing to be driven by the same mentality which has made Deceuninck – Quick-Step the most successful team of the century, with over 700 UCI victories.

The new kit, designed and manufactured by leading sportswear brand and long-time partner Vermarc, who’s been at our side since 2003, consists of the team’s traditional blue and white colours – with the latter more prominent next season – while also incorporating the Wolfpack logo in an artistic way on the front. 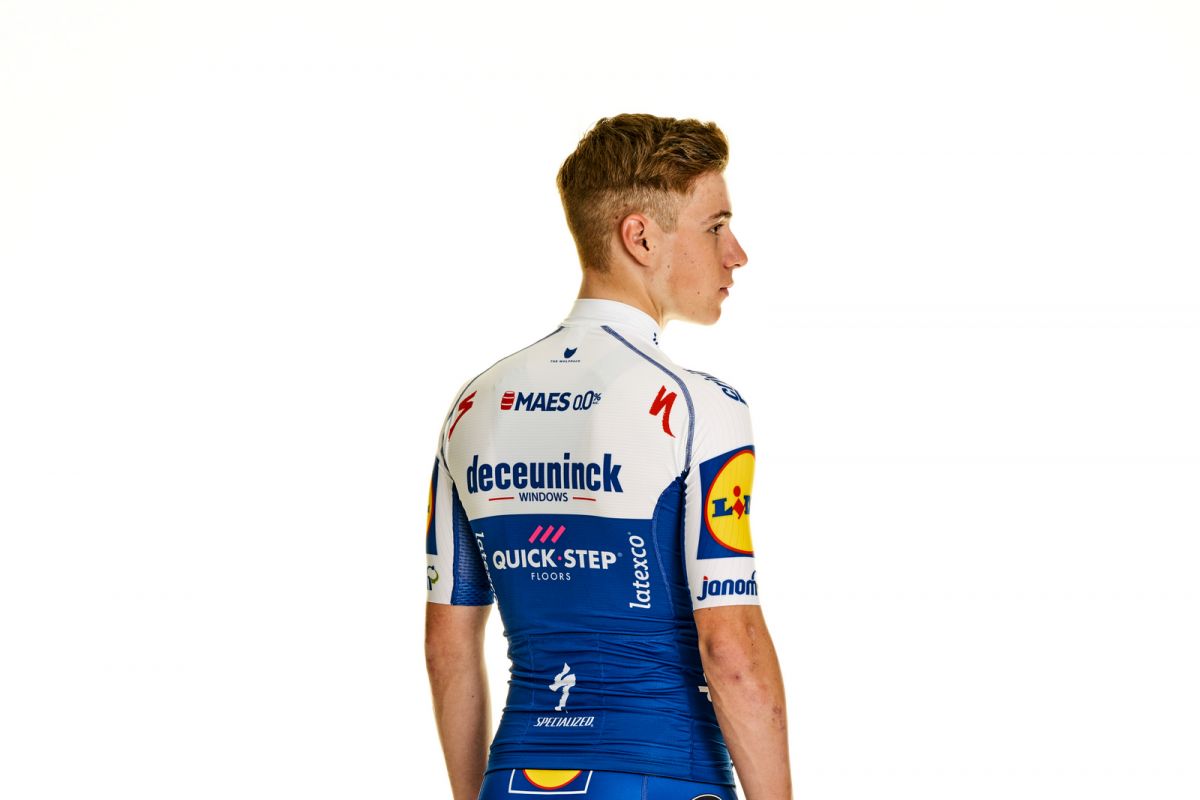 One of the squad’s top performers in 2019 – winner of five races, including the European ITT Championships and Clasica San Sebastian – Remco Evenepoel is excited about the new kit: “It’s very different to what the team had in the past years, but it’s really nice. When I first saw it, I just knew it was going to be a cool kit. The white and blue combination is beautiful and I’m sure it will stand out from the peloton. The wolf on the chest is also great and the sponsors fit in perfectly. I can’t wait to wear it in my first race and I’m sure also our fans will love it. A big thanks to Vermarc and the team for creating such an amazing and elegant kit!”

As well as the regular kit – which will be available in January on our webshop – several riders will go into the new season wearing the National Champion colours: Kasper Asgreen (ITT), Sam Bennett, Ian Garrison (ITT), Fabio Jakobsen, Bob Jungels and Michael Mørkøv.